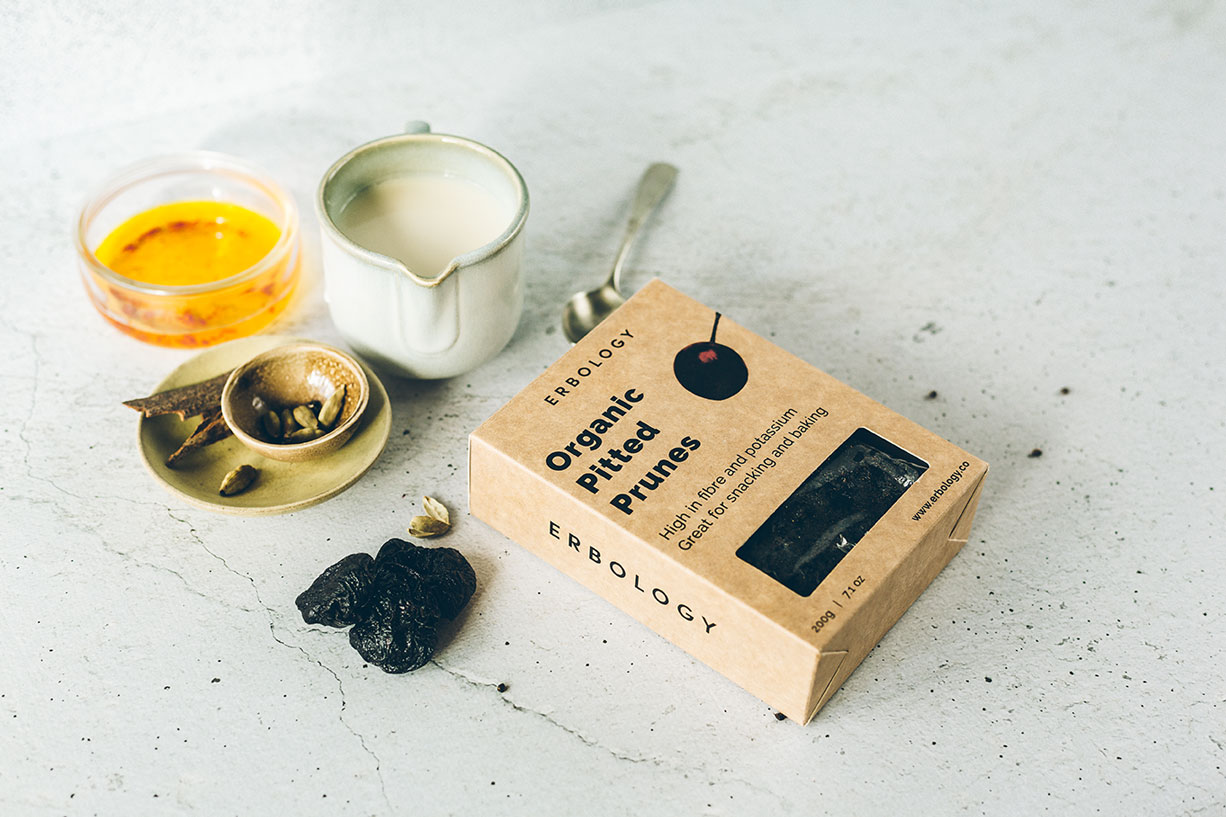 Lustrous, crinkly and deep purple, prunes look like gemstones unearthed from the rich soil of some far-flung and exotic place. Indeed, the humble prune has been on quite a journey to reach us, taking some 7,000 years. From ancient origins to modern scientific studies, let’s take a look at how we’ve used prunes over the years to nourish and care for ourselves and examine the prune health benefits you can enjoy today.

Prunes are, very simply, plums which have been dried without fermentation. You can make a prune from any type of plum, but the most common is the European Plum.

Traditionally, the plums were sun-dried or air dried, but nowadays they’re generally dried in electric dehumidifiers. This is so the temperature and conditions can be carefully controlled, producing the best quality prunes.

We’ve been making use of plums and prunes for an incredibly long time. For those interested in a full timeline of the journey of the prune, we can’t recommend the International Prune Association’s extensive history more highly. We’ve taken a few select highlights here.

Prunes make their first appearance during the Neolithic period (5000 – 2500 BC). Kernels of hybridised plums and signs of plum cultivation dating back to this period have been discovered in the Euphrates basin in western Asia.

By 2500 BC, around the time the Ancient Egyptians were building the great pyramids, prunes had made their way to Switzerland. Two hundred years later, while the sack of Troy was going on, they’d reached as far as the alps and south-west France.

In 300 BC, plum trees arrive in Japan; a gift to the emperor from Chinese monks. The Japanese word for plums (‘ume’) is invented.

The Ancient Greeks, including Pliny the Elder, write about prunes extensively and include them as ingredients in their remedies.

Fast-forward to 900 AD, and the Salerno School has perfected their method of drying Damascus plums to make prunes. Around 1250, during the 7th crusade, the first ‘study’ into the health effects of prunes is written by Master Aldebrandini, of the Siena School of Medicine and Pharmacy.

But it’s during the 1600s that prunes really take off.

By now, entrepreneurial farmers in the port town of Agen in France have recognised the potential of these rich dried plums. So much so, that they found the Agen Guild of Prune Merchants, and their town becomes famous for its prunes. Production peaks around 1815, coinciding with the Battle of Waterloo.

In 1834, the prune arrives in California. A year before Alexander Fleming invents penicillin, the world’s first Prune Trade Congress is held. And, a year after Neil Armstrong lands on the moon, the first ever Prune Festival takes place in Yuba, California.(1)

All this to show that our relationship with prunes has been going on for quite some time. And, given that they have their own international association and yearly festival, there must be something quite special about them!

So, why have we been eating prunes for thousands of years, and what are the prune health benefits that promise to help with our wellbeing? 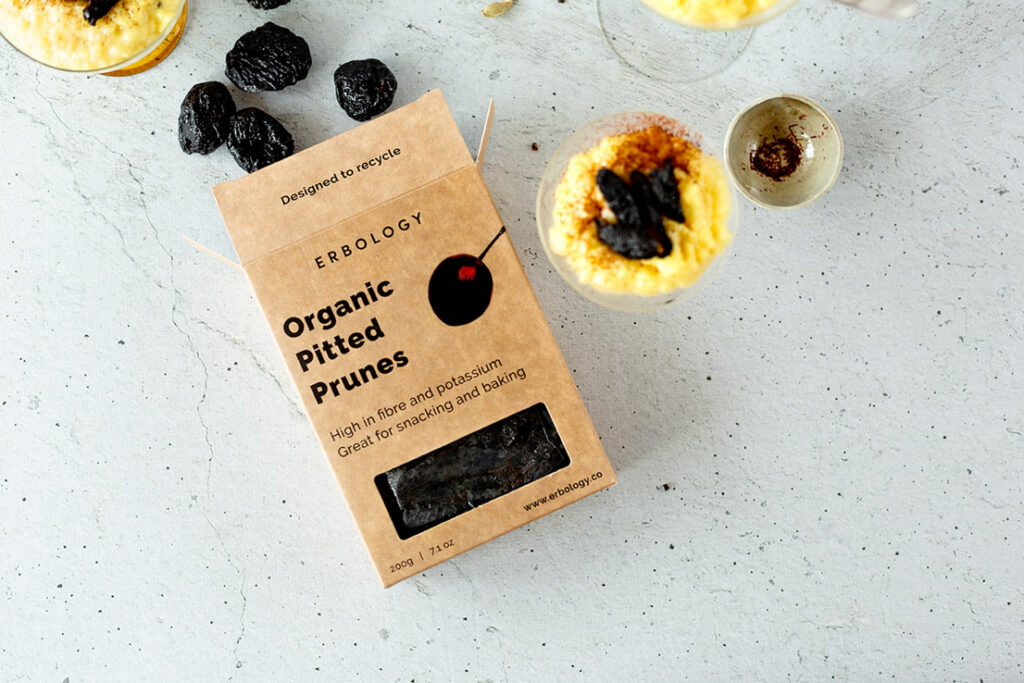 As it turns out, your grandmother was right. Eating prunes every day will help you ‘keep you regular’.

This is primarily because they’re high in fibre, which helps keep things moving in your digestive tract. Along with their natural sorbitol (a sugar alcohol) and phenolic content, the high fibre content in prunes accounts for their mild laxative effect.(2)

Prunes contain about half soluble and half insoluble dietary fibre.(3)

What’s the difference between soluble and insoluble fibre?

Insoluble fibre is probably what you think of when you hear ‘fibre’. It’s usually the tougher, indigestible parts of foods like whole grains and vegetables. It also adds bulk to the matter moving through your bowels, which makes it easier to pass and helps prevent constipation.

Meanwhile, soluble fibre attracts water and forms a gel-like substance in your gut. It softens your stool so that it moves through your digestive tract more easily. However, it also brings additional benefits, such as binding to molecules of sugar and cholesterol to slow or even prevent their absorption into your bloodstream.

In essence, both soluble and insoluble fibre are good for you, and will help keep your digestive system in good working order. Prunes supply both, and a high proportion of fibre overall, so they’ll keep your gut happy and healthy.

"As it turns out, your grandmother was right. Eating prunes every day will help you ‘keep you regular’."

Although it seems like our bones are static features within our body, they’re actually regenerating all the time. To do this, our bodies maintain a balance between bone resorption and bone formation.

Bone resorption occurs when our bones are broken down and the minerals within are released into the bloodstream.

As we age, the balance tilts away from bone formation, and our bones become weaker as tissue and minerals are lost. This process can cause a condition called osteoporosis.(5)

In the western world, osteoporosis places a big burden on our collective health. In the USA, for example, more than 10% of people over the age of 50 have osteoporosis. Bone fractures related to osteoporosis account for around two million trips to the emergency room every year.(2)

A recent review of 24 studies on the relationship between prunes and bone health found that prunes help shift the balance between bone formation and resorption, improving bone mineral density.(2)

It’s thought that this is due to the presence of phenolics in the fruit. (Phenolics are simply a group of organic compounds with a particular shape, which have many diverse characteristics.)

Prunes are also rich in boron, a mineral which is thought to help prevent osteoporosis. A 100g serving of prunes provides your full recommended daily allowance of boron.(6) 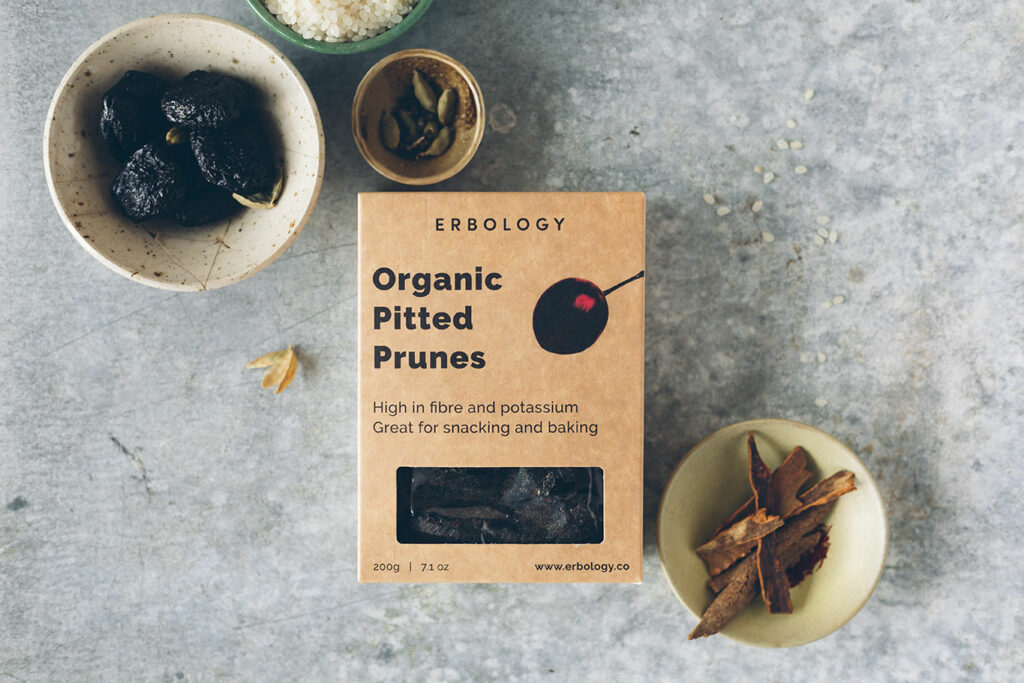 Prunes are full of antioxidants

During your normal metabolic processes, your body produces unstable molecules called free radicals. They are created when an oxygen molecule – usually made up of two oxygen atoms – splits, creating two single oxygen atoms.

Free radicals hate to be on their own, so they whizz around your cells trying to find another oxygen atom to pair up with.

While your body is well-equipped to tackle a few free radicals, environmental factors like pollution and stress can mean their numbers swell. At that point, there are simply too many for your body to neutralise and they can cause damage to your cells. This is called ‘oxidative stress’.

Fortunately, eating antioxidants can help to mop up any free radicals your body can’t get rid of alone.

Antioxidants are simply substances which have a spare electron, which they donate to the free radicals, thereby stabilising them.

Many of the organic compounds naturally found in prunes, including lignans and flavonoids, act as antioxidants.

The antioxidant capacity of prunes has been shown to be higher than that of other dried fruits like dates, figs and raisins, making them an excellent snacking swap.(7)

They’re a source of vitamins K and A

A half cup of prunes will set you well on the way to meeting your recommended daily allowance of both vitamins K and A (65% and 14% respectively).(8)

Vitamin K might be one of the ‘lesser-known’ vitamins, but it’s very important for your bone health. It’s also needed for blood clotting and wound healing.(9)

Vitamin A, also sometimes known as retinol, is famous in the skincare world for keeping skin healthy and glowing. It’s also important for night vision, and helps support the immune system.(9)

Just one more reason to swap your processed morning snack bar for a handful of these wrinkly wonders!

The relationship between our diet and mental health is only now beginning to reveal itself. It’s a complex system involving the nutrients you eat and your gut microbiome, and there’s much left to study until we understand it fully.

One recent study found that chlorogenic acid, a substance naturally found in prunes, was able to reduce anxiety symptoms in mice.

The researchers thought that this might be because of chlorgenic acid’s antioxidant capacity, given that anxiety conditions are linked with oxidative stress in the brain.(10)

Although much more research would be needed before we can be sure that eating prunes would have a similar effect on humans, it’s certainly a promising field of study.

And, if you don’t want to wait until scientific research proves the effect, there are plenty of other well-established reasons to eat prunes, as mentioned above. If you suffer from anxiety, perhaps you’ll also feel a bonus benefit thanks to the chlorogenic acid. 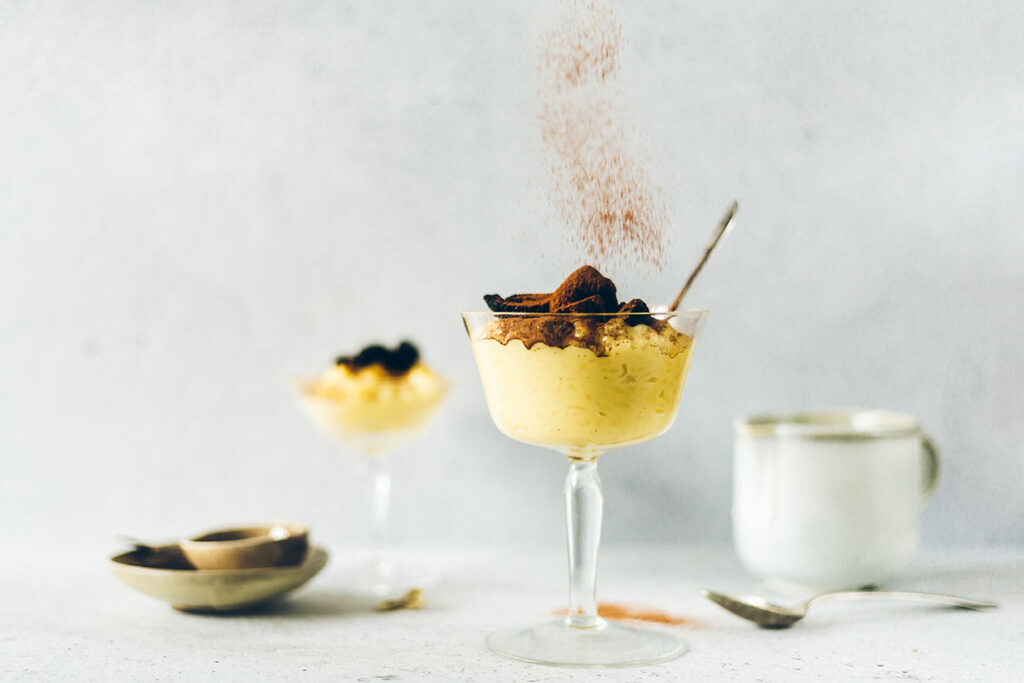 How to eat prunes

Luckily, prunes taste delicious on their own. They’re a great mid-morning or afternoon snack, as they contain lots of fibre and release energy from their sugars slowly.

However, they’re also a really versatile ingredient to bring into the kitchen.

We love cosying up on winter mornings with a big bowl of oatmeal topped with chopped prunes and a swirl of maple syrup. They also make a delicious addition to baked goods, like cookies and cakes, and an excellent pancake topping.

Don’t limit yourself to sweet dishes, however, as prunes can be used in savoury cooking too. Try stirring chopped prunes into cous cous and serving alongside a fragrant Moroccan vegetable tagine.

Whichever way you eat your prunes, your gut will be grateful. 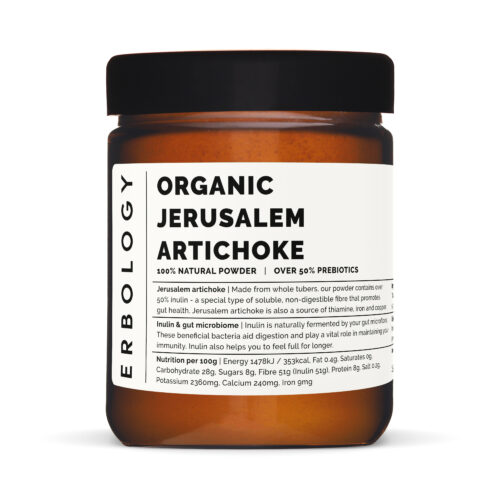 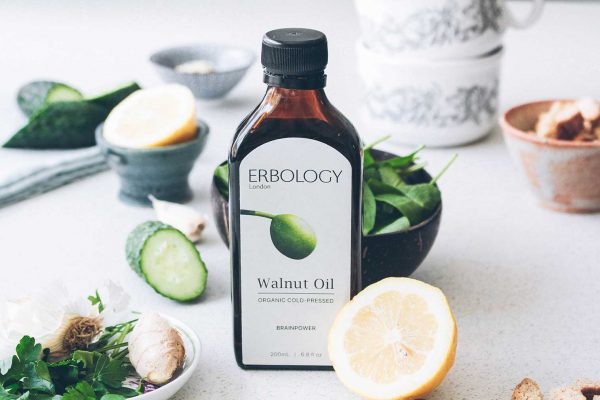 The Ayurvedic tradition recommends using walnut oil for hypothyroidism. We look at the traditional and scientific evidence to see if it works. 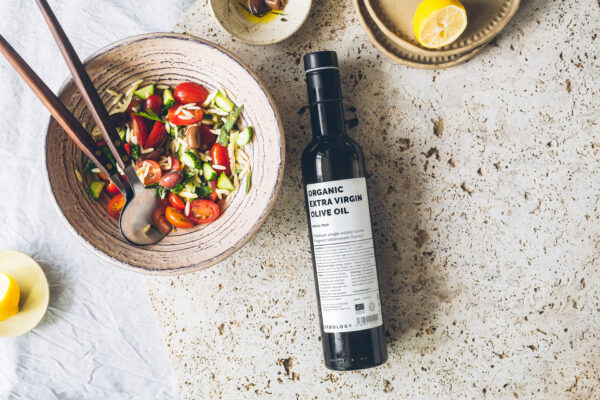 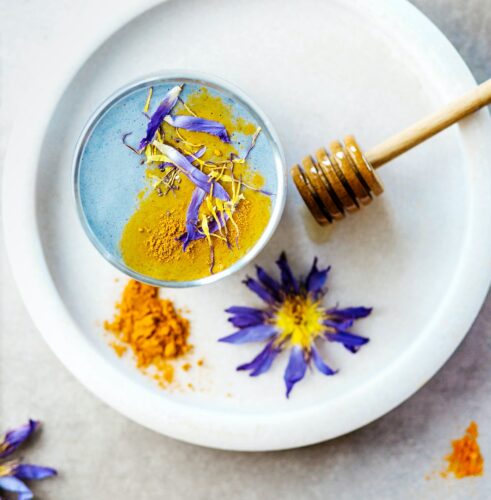