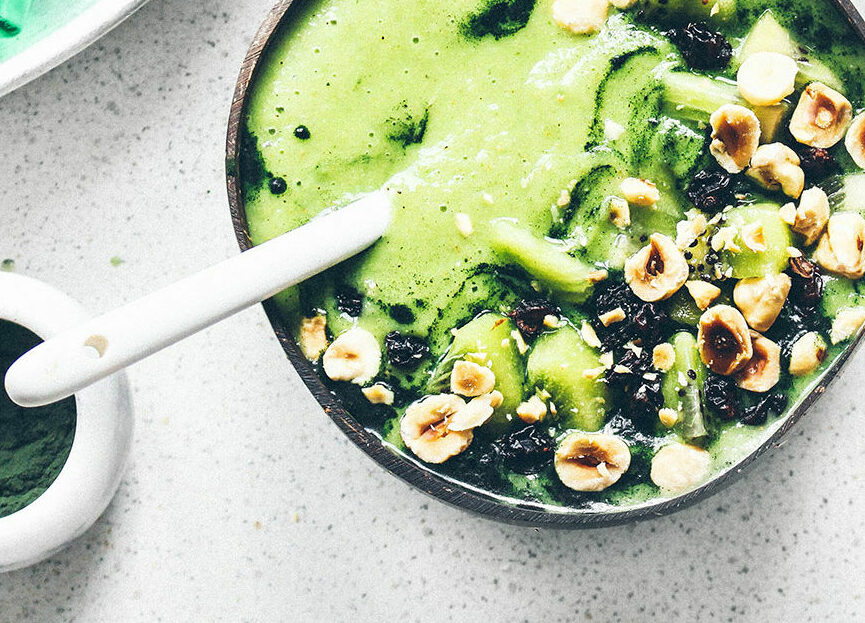 Silly joke: What did the unripe banana say about the ripe banana? Well, it was green with envy.

If you have an unripe banana lying around in your fruit bowl, you’re better off telling it this joke than putting it into this green smoothie recipe. In other words, it’s spinach and kiwi that bring the green. But making a power start to the day with a smoothie bowl really does help you get into the mood for silly jokes and workouts. In other words, we’re fans, in case you can’t tell. 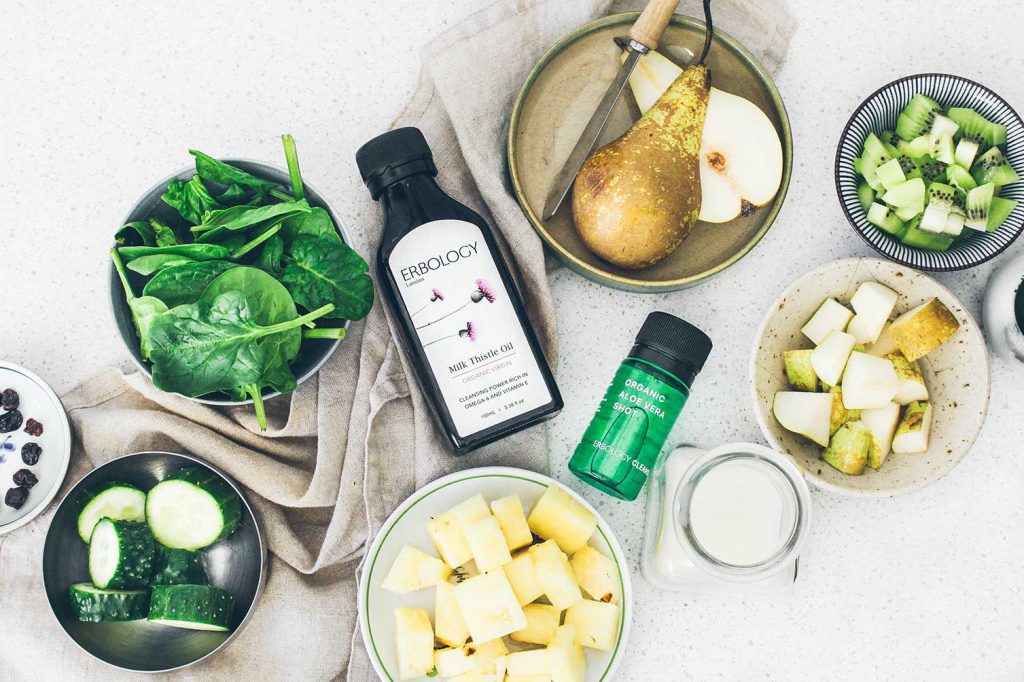 It’s the details that matter here. Topping your smoothie with crunchy, chewy goodness adds interest and texture. And the cosy sensation of waking up and spooning something nicely soupy into your mouth is interestingly extended from cold cereal and porridge. What an impressive list of beautiful fruits, vegetables, and plant-based ingredients are included in this one bowl. That is to say, let’s see here for a few highlights…

No wonder Popeye loves his spinach. Certainly, most people know that this leafy green contains an abundance of iron. However, while this is true, it contains less than rumoured. An urban myth has it that a scientist misplaced a decimal mark on that number! On the other hand, it is no exaggeration that 100 grams of spinach provides you with nearly a third of your Recommended Daily Allowance (RDA) of the essential vitamin C.(1)

Kiwis are also known as Chinese gooseberries. Did you know the peel is actually edible? So are the lovely black seeds, so don’t be afraid to put the entire fruit into your blender when making this smoothie. Further, you can also eat a kiwi as you would an apple. Consumption of kiwi is thought to combat harmful oxidative stress to our cells.(2)

This blue-green algae can grow in both saltwater and freshwater. Eaten by the Aztecs, it came to public attention again when it was recommended to astronauts. From ancient times to outer space – what a journey! Up the amount of spirulina powder that you put onto your smoothie bowl to a tablespoon and you will be well on your way to attaining your RDA of several valuable vitamin Bs, as well as other substances. For instance, you’d get 11% of the RDA of Vitamin B1 (thiamine) and 15% of the RDA of Vitamin B2 (riboflavin).(3)

Aloe vera is as soothing to your insides as it is to your outsides. You have probably rubbed a broken aloe vera leaf onto your skin and felt the effects of the deeply lubricating goo on your skin. Well, studies have found that aloe vera may have a positive effect on the antioxidant capacity of your body.(4) What better to start your day with? A high-quality Erbology Organic Aloe Vera Shot helps keep your body balanced and nourished. 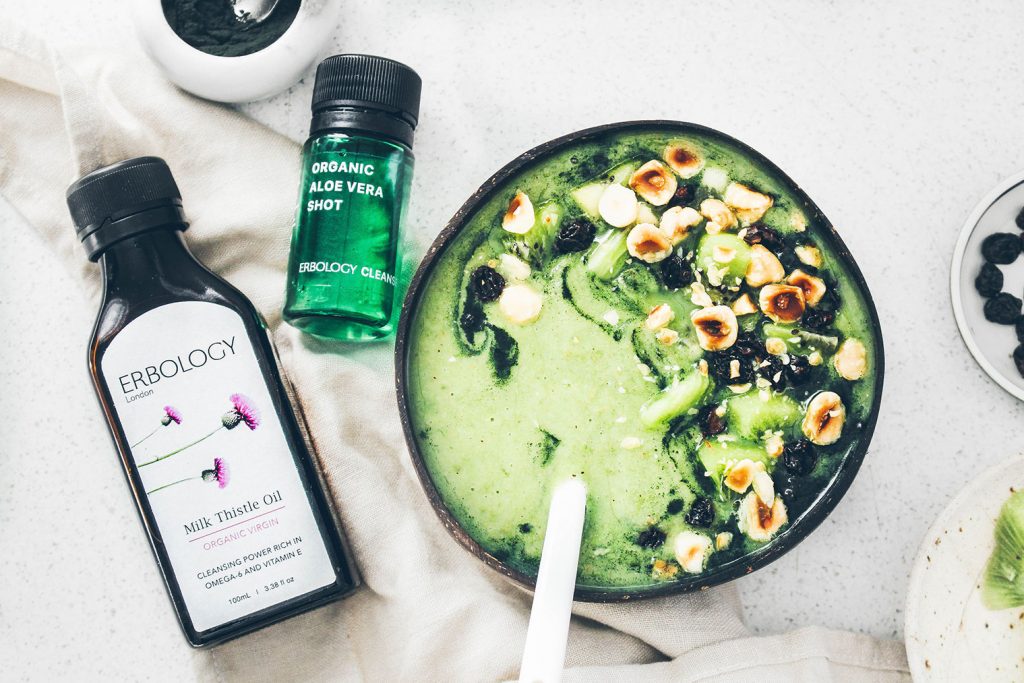 A great way to get into CBD baking, Lauren’s shortbread is vegan, gluten-free and totally delicious! 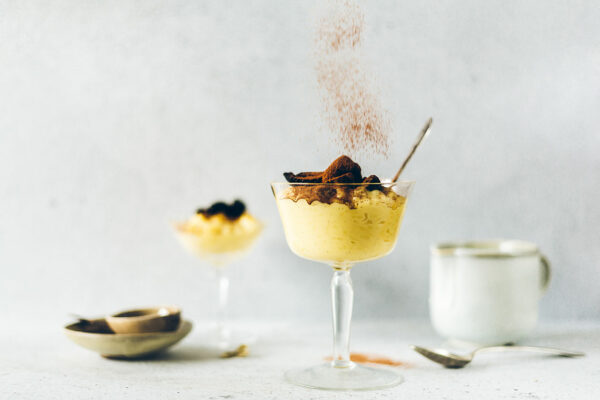 Think you know rice pudding? We’ve followed this ultimate comfort food around the world, from Spain to Norway to Iran, to find the… Continue