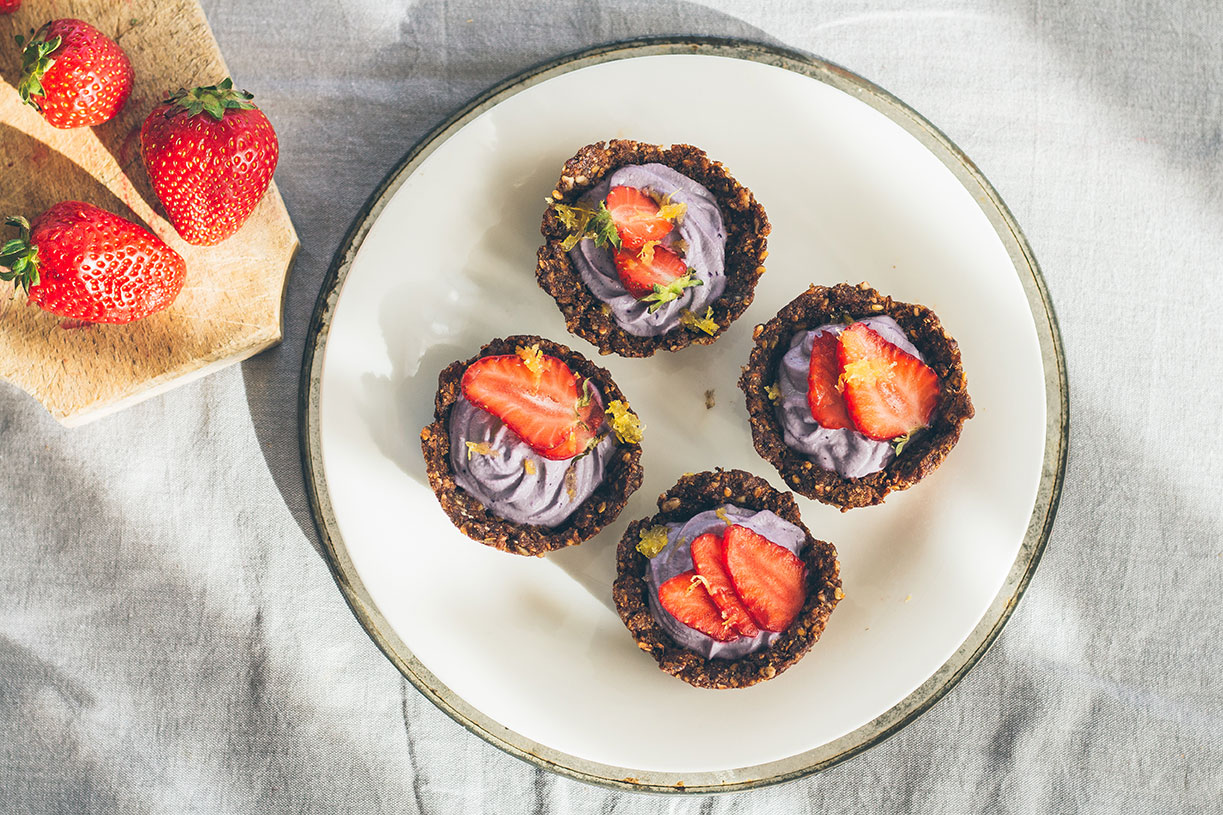 The lovely colours of these blueberry tarts make them a real treat. In other words, they are a dish to be set out in front of friends or to enjoy attentively on one’s own. Above all, they are not to gobble down unthinking and unseeing. In this tart recipe, the fresh lavender of the blueberry puree is enlivened by the sunny yellow of the lemon zest and the bright red of the strawberries. You could also choose to top with blueberries instead of strawberries. There would be less vivid contrast, but the tarts may be more elegant and the yellow stands out even more.

Moreover, we love how the tigernut granola lends texture to the crust in this tart recipe. That is to say, these are not smooth little rounds produced on the assembly line. Instead, they are imperfect and beautifully show the human touch.

Tart is as tart does

The fruit tarts you see in snooty French bakeries typically have custard set in symmetrical crusts and then topped with sliced fruit. Similarly, these follow the formula of putting something gooey on top of something crunchy and chewy, then garnishing with the unmatchable beauty of fresh fruit. However, the custardy part is much more nutritious and just as tasty, if not tastier! 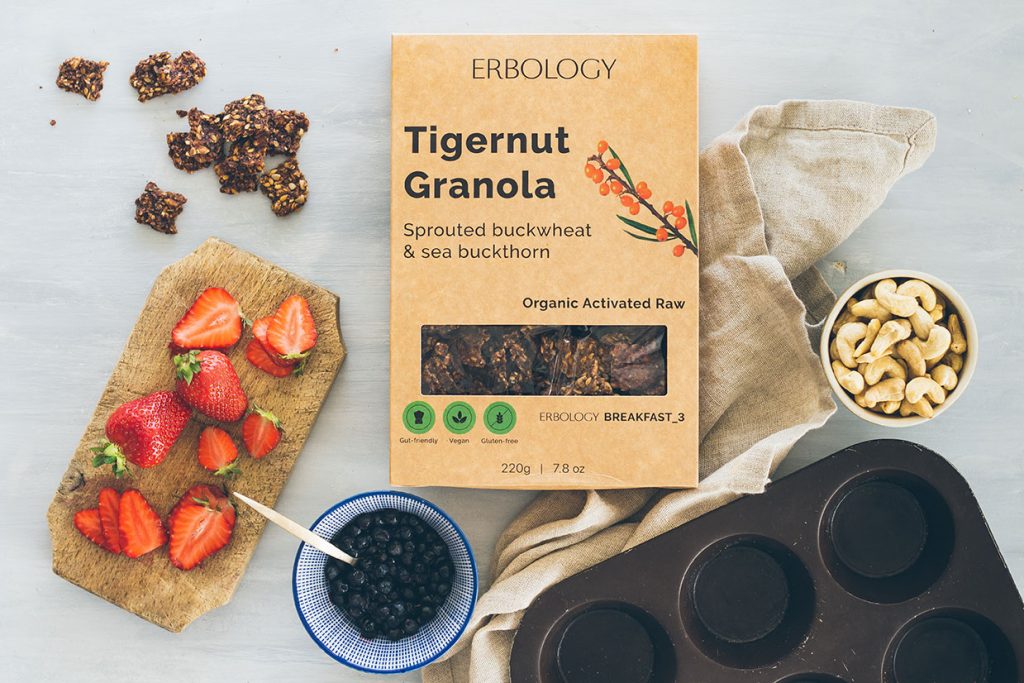 If you have not tried using raw agave nectar in your kitchen, here’s a nice way to start.

Are you vegan? Because bees produce honey and humans then take advantage of this production for our own gain, honey is not suitable for vegans. Vegans should probably turn to maple syrup and agave nectar as more natural sweeteners than sugar. Both have distinct advantages depending on the demands of recipe, and some variety is nice.

We chose to use agave nectar in this recipe rather than maple syrup because it has a more delicate flavour and is thinner in consistency. We love maple syrup, but it’s somewhat heavier. These tarts are meant to be light and dominated by the flavours of the fruit rather than of the sweetener used.

Agave nectar has benefits other than flavour as well. Studies have suggested that mice fed agave nectar have better metabolic responses than mice fed sucrose.(1) That may mean that your blood sugar won’t crash as quickly if you replace sugar with agave nectar. That’s a great possibility for people with a sweet tooth trying to go healthy.

Fructans are polymers of fructose that occur in foods like wheat, onions, onions and garlic. Further studies done on animals indicated that agave fructans could be a supplement to fight against bone loss and strengthen the ongoing forming of bones.(2)

Hey, any possible justification for having a tart is just fine by us… 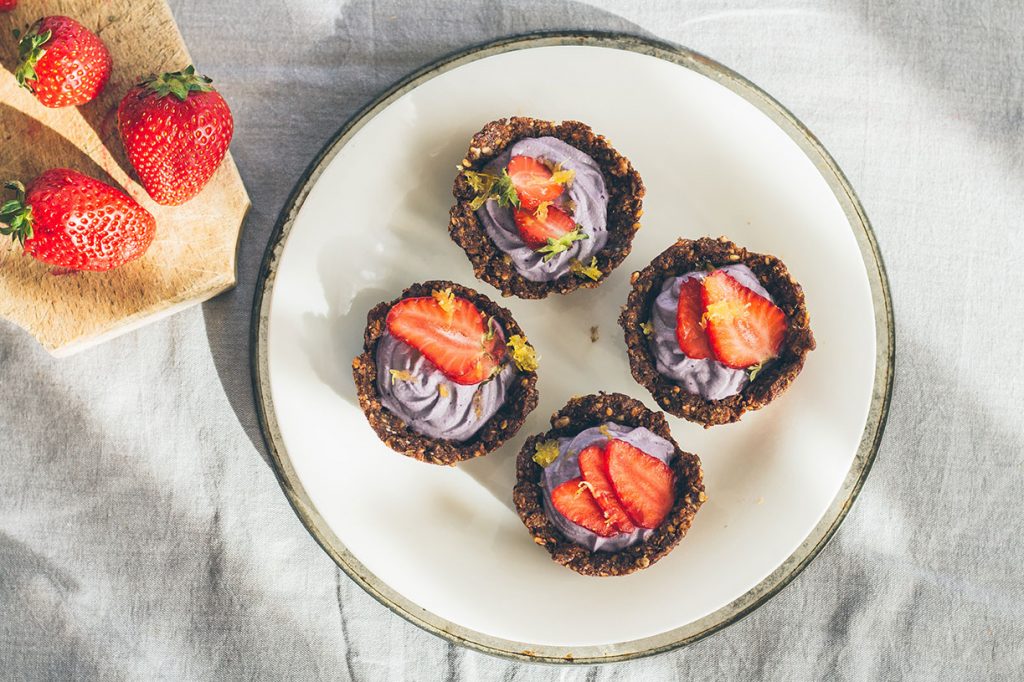 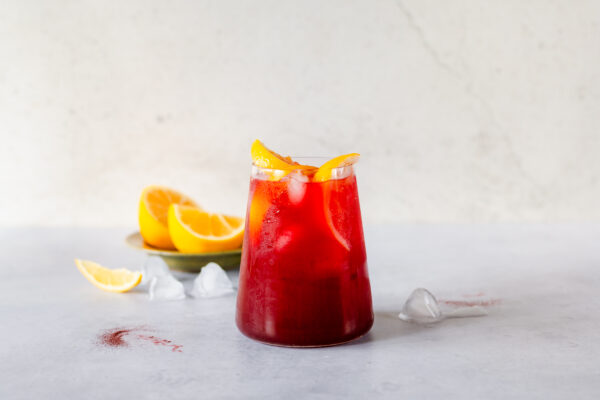 Looking for a refreshing and healthy drink to enjoy as the weather gets warmer? You’re going to love our hibiscus lemonade recipe! We’ve… Continue 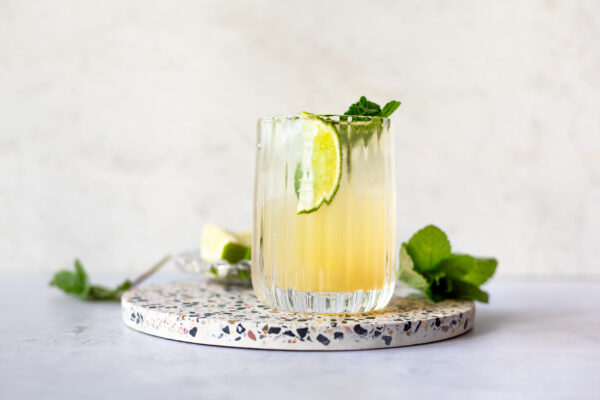 Looking for a refreshing and alcohol-free drink to enjoy over the summer? You’re going to love our virgin mojito recipe! We’ve blended fresh… Continue 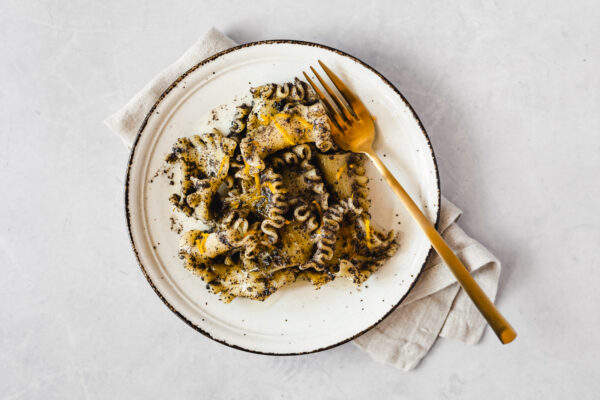 Our sweet pasta recipe is the dessert you never knew you were missing! Loaded with orange zest, honey and nutty almond oil.