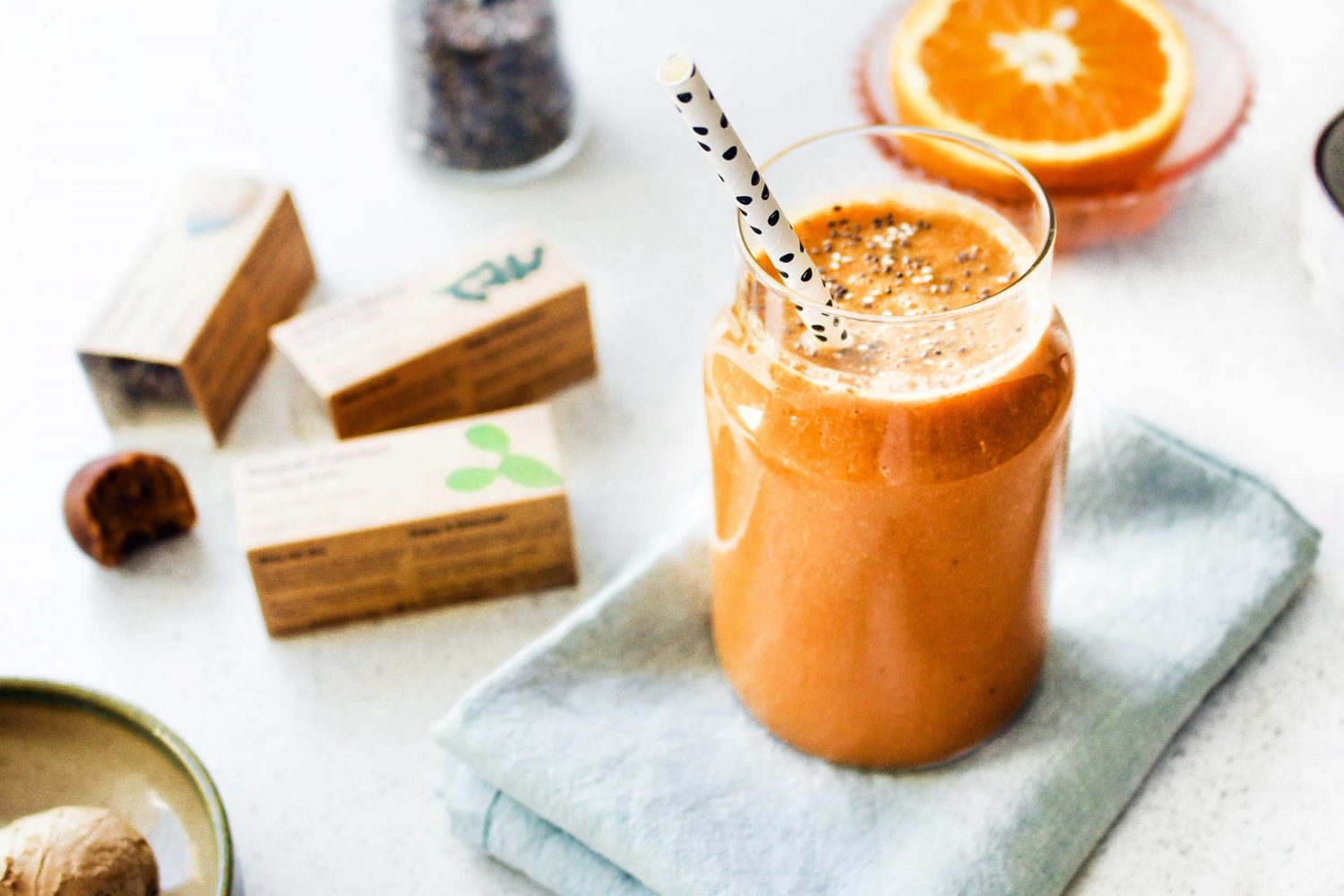 Ginger possesses one of the most vigorous, persuasive flavours known to man. Fiery and purifying, ginger is a staple in such a beautiful variety of cuisines across the world. For instance, consider ginger snaps and gingerbread men in the UK and USA, to its ubiquitous presence in a mind-boggling breadth of Asian dishes across that continent, to the Lebanese ‘Seven Spice’ mix of ginger, allspice, black pepper, cloves, cinnamon, fenugreek, and nutmeg. In addition, variations on ginger tea are of course drunk in many places in the world.

In the same vein, the health benefits of ginger are impressive. Native to Asia, ginger root is a part of the Zingiberaceae family, which also includes turmeric and cardamom. Certainly, ginger has been eaten and used for medicinal purposes for over 4,000 years. Just the taste of ginger tells you that it is incredibly invigorating. Moreover, today science backs up all of that with data.

Above all, gingerol is the main bioactive compound in ginger and the substance we can thank for its distinctive flavour and fragrance. Further, it has powerful protective and anti-inflammatory qualities.(1) Likewise, gingerol is just as deeply cleansing as it tastes. In short, scientists have said that it seems to possess powerful antibacterial qualities.(2)(3)

Traditionally, ginger has been used against nausea and other forms of sickness in the stomach. To clarify, a review of several research studies backed this up.(4) Similarly, ginger also seems to be effective against chronic indigestion, which prevents many people from fully savouring their meals – a very sad thing. Scientists think indigestion is often caused by the stomach emptying at a slower speed than normal, and that ginger speeds up this process.(5) Certainly, it’s no surprise to our very unscientific minds that the stomach would be energised by ginger!

Another way that ginger seems to be calming to turmoil in the body is in assisting with menstrual pain. That is to say, a study observed that ginger seemed to work as well as ibuprofen.(6) We definitely prefer the first option. So, we’ll be making more ginger smoothie recipes.

If there’s anything in the natural world as distinctive as ginger, we reckon it would be the citrus family. That is to say, it’s only fitting that these ingredients square up in this ginger smoothie recipe. After all, they have a similar bright clarity of flavour, with the orange slightly more mellow. Especially when accompanied by the gentle tastes of almond milk and banana as well as the earthiness of carrot, they make a winning combination.

In conclusion, aside from the (albeit precious) healing qualities of this ginger smoothie recipe, it’s just wonderfully awakening and soothing. For instance, drink first thing in the morning to feel like you’re starting the day with a hit of sunlight. To clarify, do drink at any point in the day you’re craving a touch of illumination!