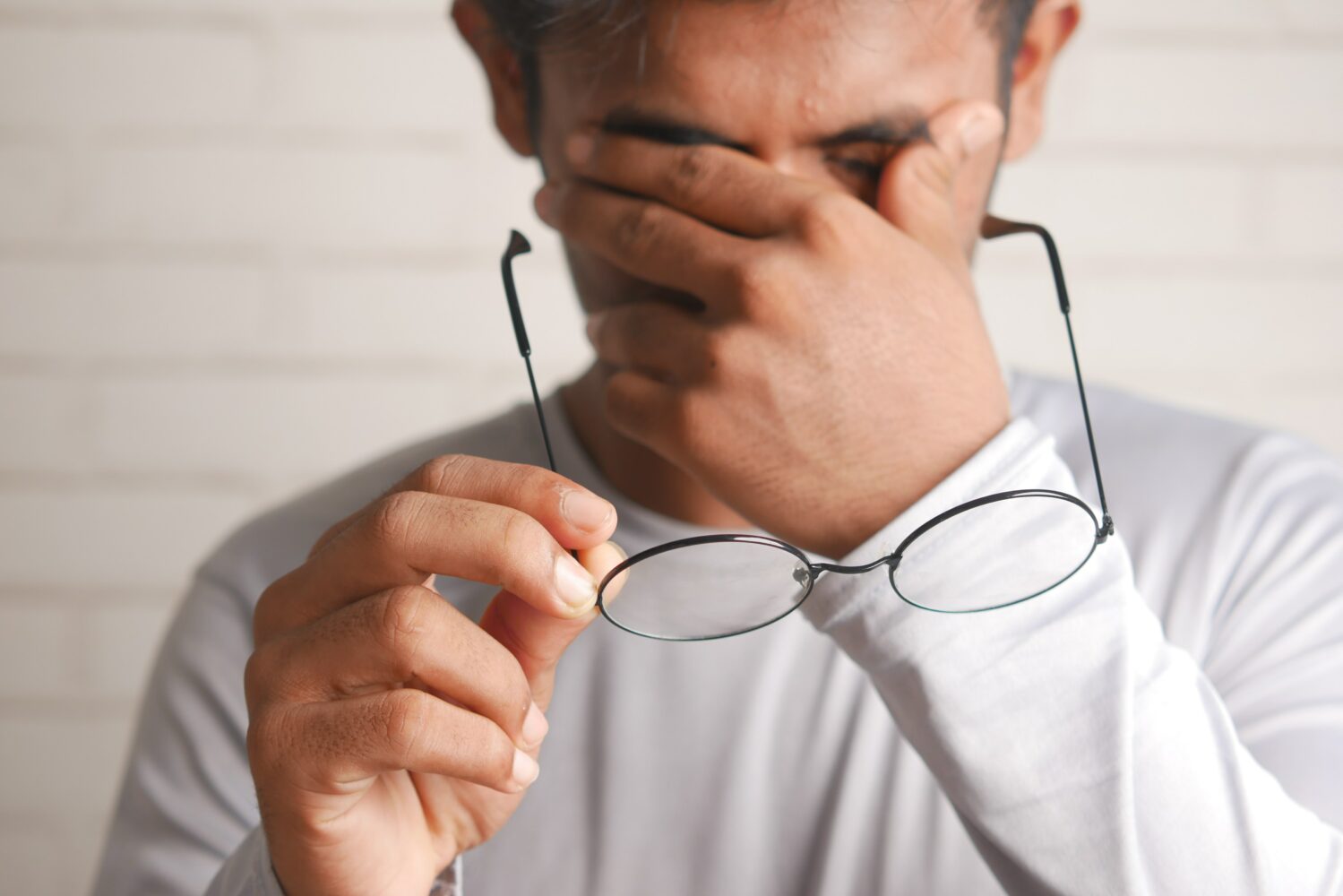 Does low iron make you tired?

Iron deficiency is the world’s most common nutrient deficiency and it can impact our health in several ways. Let’s find out what role iron plays in your body and discuss whether low iron makes you tired.

Why we need iron

Iron is an essential mineral that we need to help maintain normal bodily functions. Specifically, iron is crucial for our blood to carry oxygen around our body.

In fact, iron is the major component of a protein called haemoglobin. Red blood cells contain haemoglobin which carries oxygen from your lungs to the rest of your body.

Moreover, iron is also an important component of myoglobin which comes from the latin word “myo” meaning muscle. In fact, myoglobin is a protein which carries and stores oxygen in our muscles.

Not only is iron essential for oxygenation of organs and tissues, it is also crucial for healthy brain development and growth in childhood. 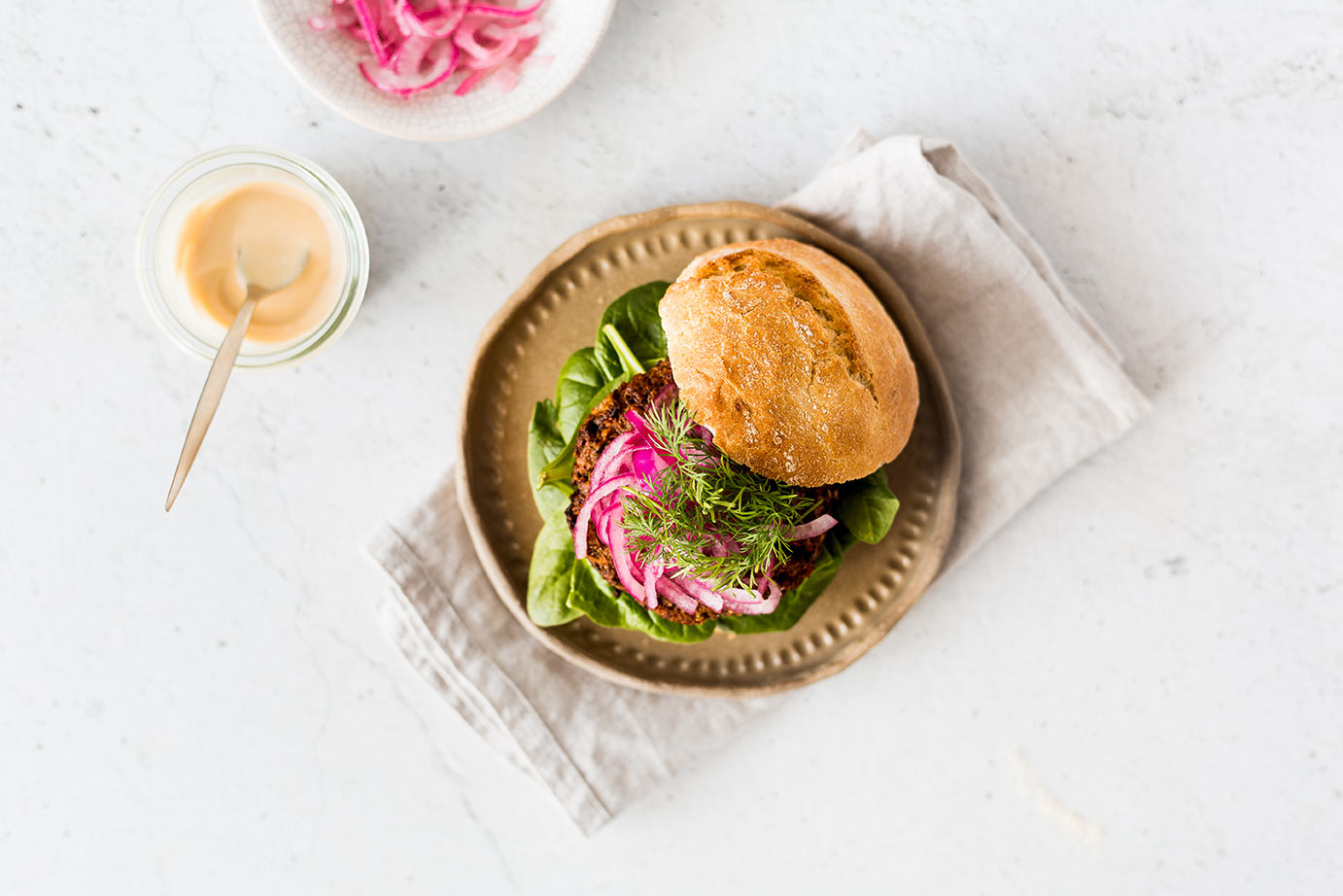 In addition, iron plays a role in the normal production and function of several cells and hormones. Clearly iron is a key player in many functions of our body.

Our body stores iron in the form of ferritin in our muscle tissue, liver, spleen and bone marrow, another protein called transferrin delivers iron throughout the body where it is needed.

A helpful analogy to understand how iron moves around the body is to think about a bus, where the number of passengers waiting at the bus stop represents ferritin, and transferrin represents the number of buses on the road.

How you can optimize iron absorption on a plant-based diet

Certain nutrients can either increase or decrease the absorption of non-haem iron. This is especially important to consider if you follow a plant-based diet and most of your iron is coming from non-haem iron food sources.

Adding some baby spinach, capsicum or tomato (vitamin C rich-foods) to a bean or lentil salad can increase your iron absorption.(2) 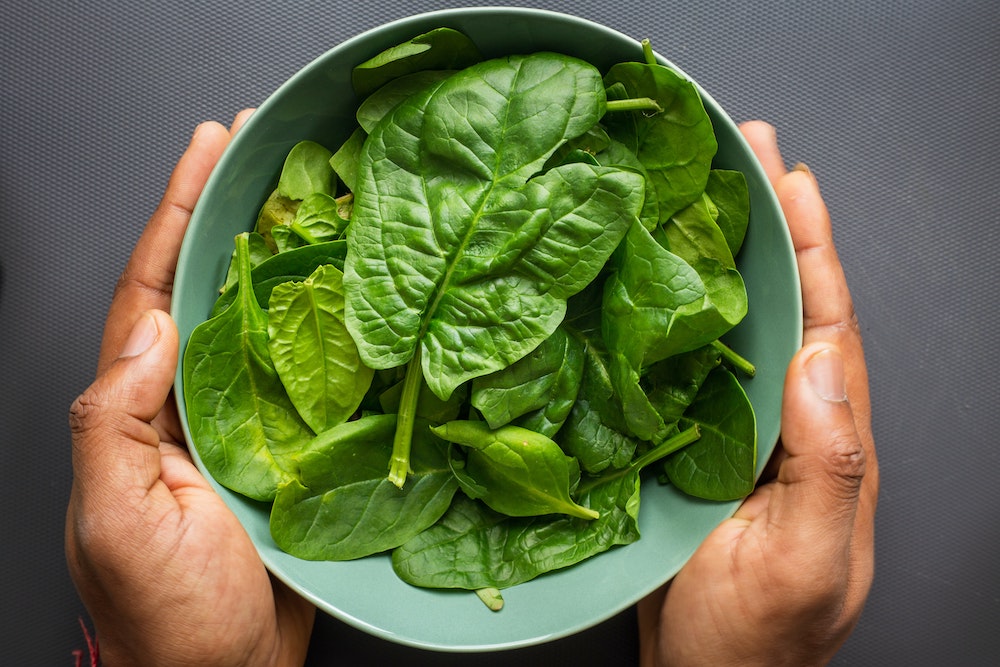 Moreover, eating non-haem iron foods alongside beta-carotene can enhance iron absorption. Sweet potatoes and carrots are examples of great sources of beta-carotene. For example, you can try pairing some hummus with Sweet potato crackers for a light lunch or snack.(3)

On the other hand, large amounts of calcium (mostly from supplements), tannins (found in tea and coffee) and bran fiber can inhibit iron absorption.

Overall, this doesn’t mean you should avoid these nutrients, you should simply be aware that if taken at the same meal as a non-haem iron containing food, they can impact iron uptake.

Where to get iron

As previously mentioned, iron comes in two forms, haem and non-haem, so food sources differ for each type of iron.

Finally, almonds and pine nuts can be eaten as a snack or used in your favorite recipes for  an extra boost of iron. Just remember to pair all these great sources of plant-based iron with some vitamin C rich foods so that you can absorb more of the iron! 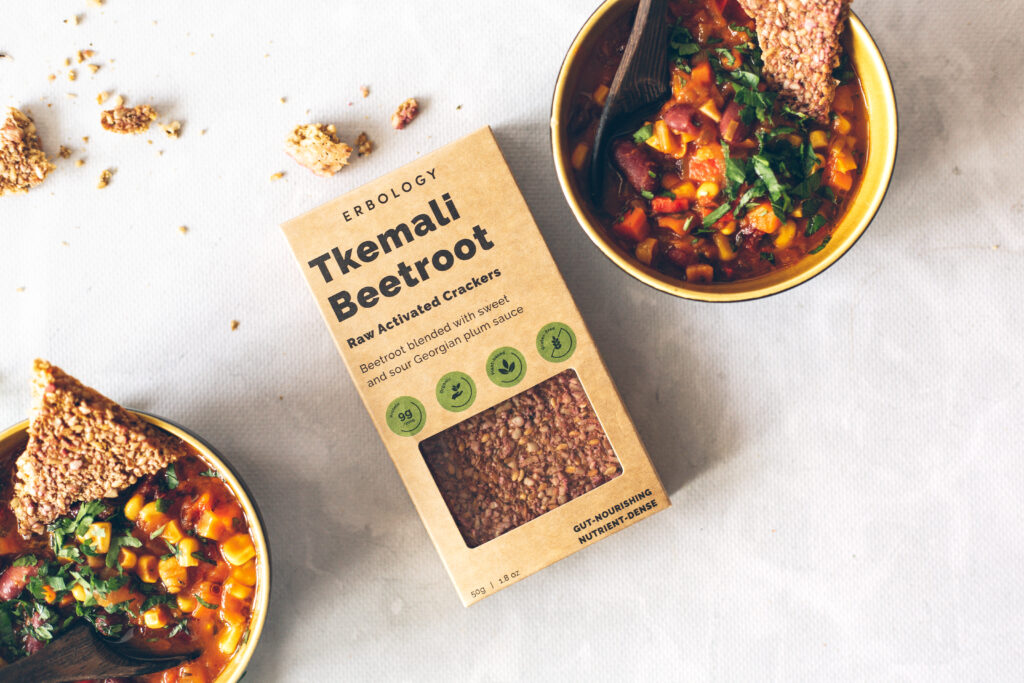 Our delicious range of Erbology crackers are all a source of iron, magnesium and B vitamins. You can try our delicious Tkemali crackers with a vegetable dip as a nutrient-filled snack your body will thank you for!

When we don’t get enough…

Some individuals in the population are at especially high risk of iron deficiency. These include menstruating females and particularly those suffering from menorrhagia (heavy periods).

Moreover, individuals with eating disorders and people following a poorly constructed vegan diet may also be at risk of iron deficiency due to the restricted nature of their food intake. In addition, people who take antacids or stomach acid suppressing drugs may encounter low iron levels.

Overall, the causes of low iron are numerous and identifying the root of the problem can facilitate treatment.

Iron deficiency takes place in stages. At the start,mild iron deficiencies are accompanied by a decrease in stored iron, this is often the result of an iron-poor diet or blood loss. Next, if the issue is not addressed, iron stores become more depleted and our blood cells decrease. Ultimately this can lead to iron deficiency anaemia (IDA). With this condition, iron stores are depleted and there is a significant reduction in the number of red blood cells.(4)

There are many signs which may indicate IDA however the only way to confirm it is via blood testing with your doctor. Amongst IDA symptoms, you may be wondering, does low iron make you tired? The answer is yes, in fact a common sign of iron deficiency is fatigue and weakness. Other signs to look out for include lightheadedness, rapid heartbeat, pale skin, sensitivity to cold and brittle nails.

Symptoms may look different for each person so it’s always best to confirm whether or not you have iron deficiency via a blood test .

Why does low iron make you tired?

There is a reason why fatigue is one of the most commonly experienced symptoms of iron deficiency. In fact, this is due to iron’s primary role in the body: to make haemoglobin to carry oxygen around.

If our body cannot carry enough oxygen to our cells, our tissues and muscles will have less oxygen supply, thus less energy to thrive.

This is why if you have iron deficiency, you may feel weak, sluggish and overall exhausted!

So how much do you need?

In the US, the Recommended Dietary Allowance (RDA) for iron varies according to age, gender and medical conditions. For the general healthy population aged between 19 and 50 years, the RDA is 8mg/day for men and 18mg/day for women. Moreover, for pregnant women it is 27mg/day and for lactating women it is 9mg/day.

Women have higher iron needs due to blood loss in menstruation, while pregnant women need extra iron for the developing foetus which requires increased blood circulation. In fact, at menopause, iron requirements drop to 8mg for women over 51 years because menstruation ceases and there is no longer need to compensate for blood loss. 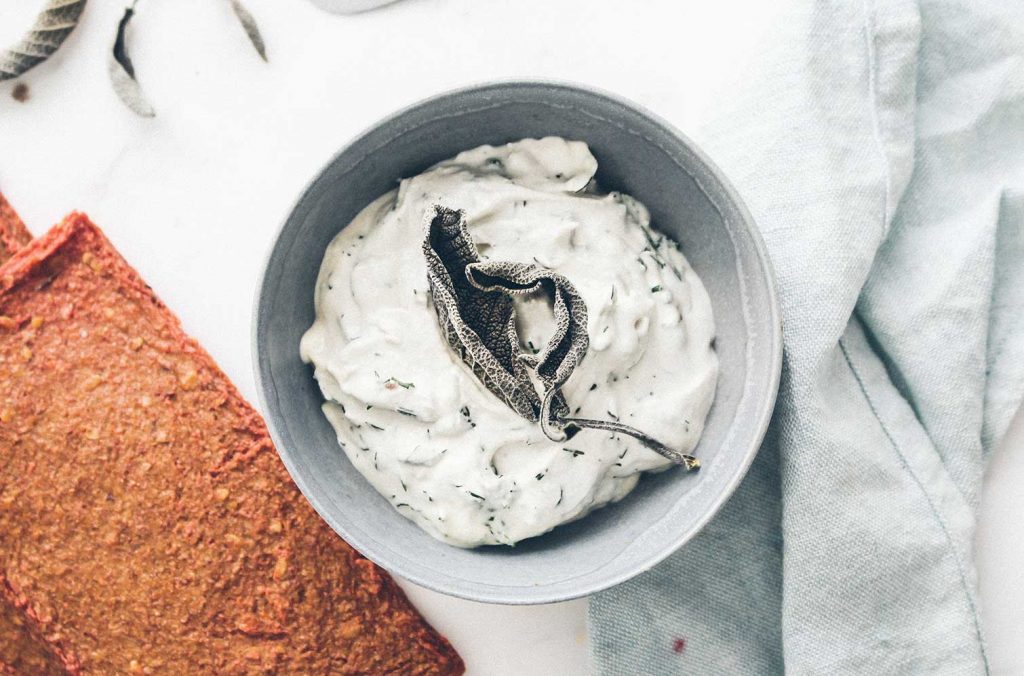 Given that iron is stored in the body, and unlike other nutrients (for example B vitamins) it is not water soluble, high levels can be toxic. In fact, there is an upper intake level (UL) which is the maximum daily intake unlikely to cause harm. For males and females above 14 years of age, the UL is 45mg/day.(5)

How do I know if I’m getting enough iron?

Making sure to include good sources of iron-rich foods on a daily basis is a great way to start. If you are plant-based, it’s especially important to focus on iron absorption and how to optimize it. As previously mentioned, it is helpful to combine non-haem iron foods with vitamin C and try to avoid tea and high amounts of calcium during the same meal as your iron-rich foods.

For some people, diet changes alone may be enough to ensure adequate iron intake. However for others it may not. Overall, think about what you normally eat in a day and ask yourself which foods are sources of iron. It could be haem iron foods or non-haem iron foods, or a combination of the two! The main thing is to make sure you are including sources of iron into your diet.

The only way to be sure whether or not you have an iron deficiency is to get it checked by your doctor via blood tests. Moreover, it is not recommended to self-supplement or self-diagnose iron deficiency because as we know, high levels can be toxic and lead to unwanted side effects.

If you are feeling tired or experiencing any of the other symptoms related to low iron levels, speak to your dietitian or doctor to understand the underlying causes. 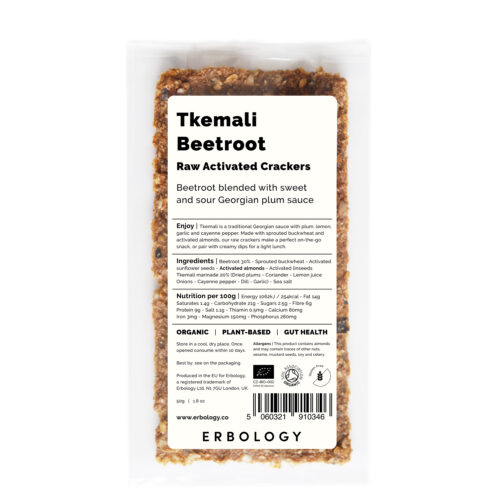 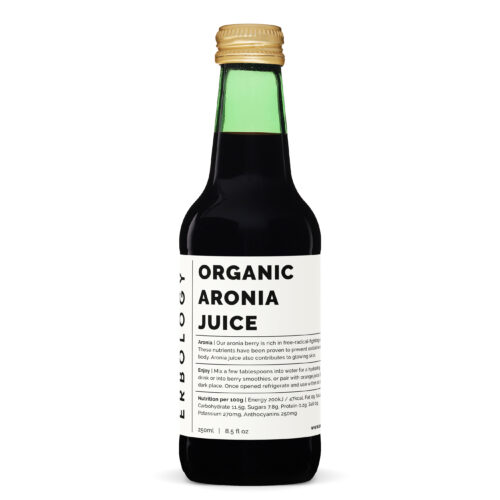 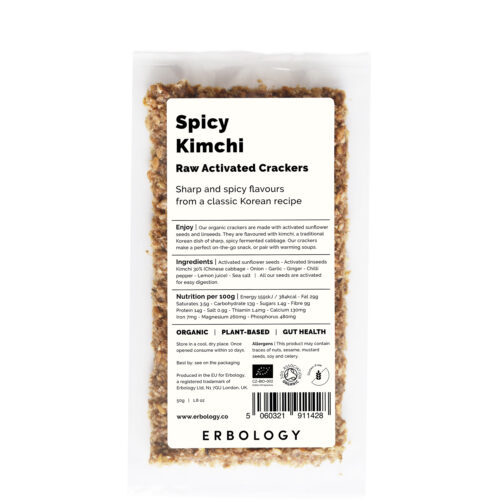 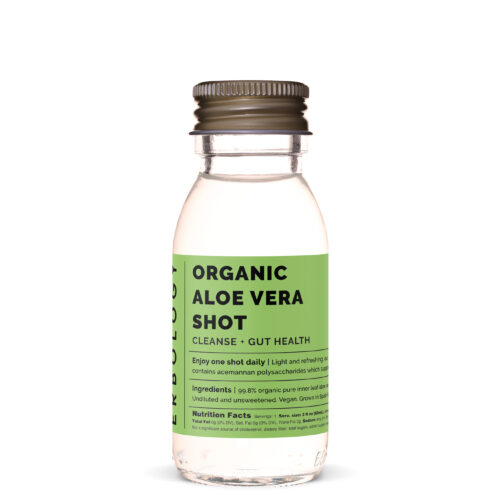