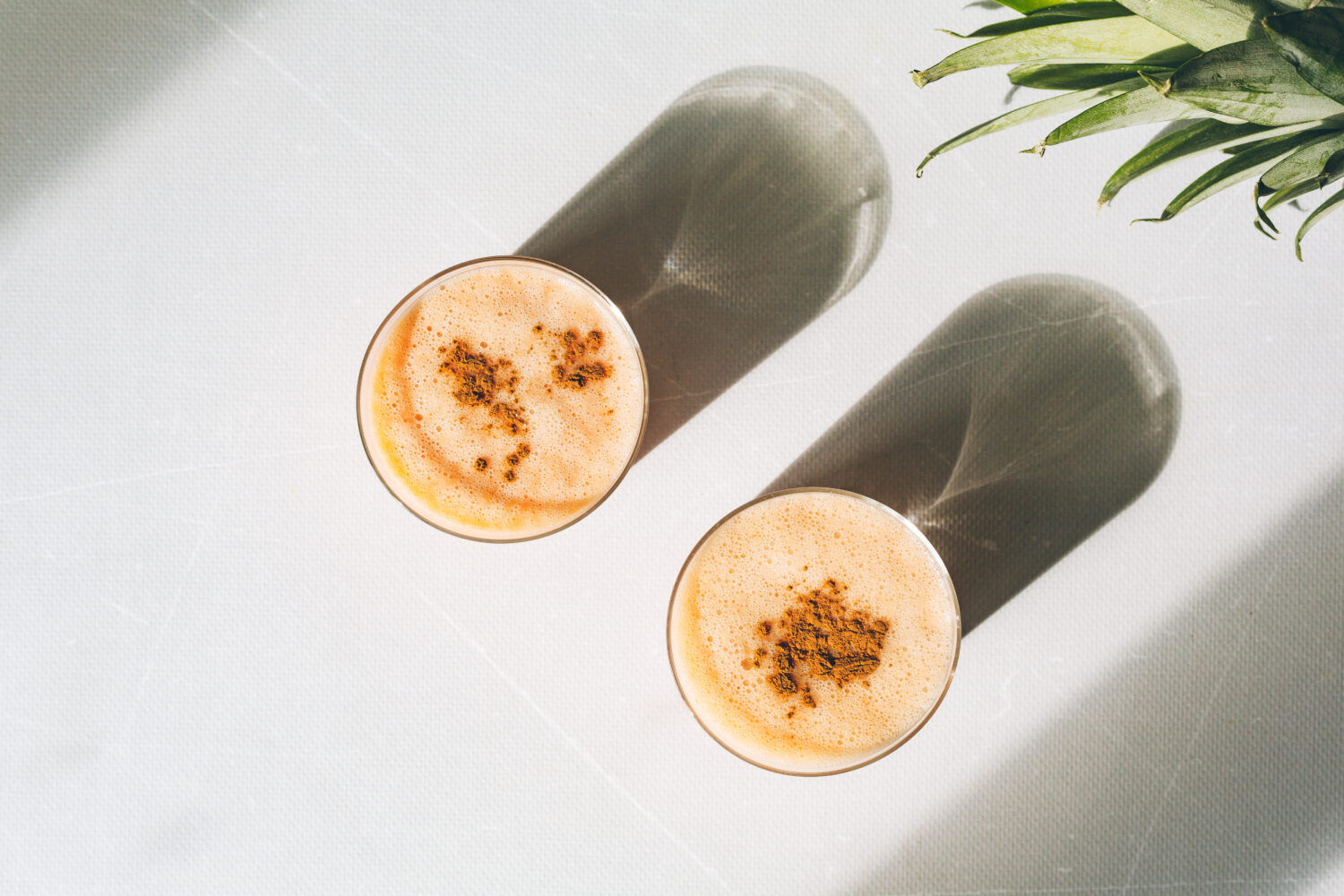 Our aloe vera smoothie is a refreshing treat which is well worth getting out of bed for. Sweet, but complex, it’ll provide a delicious hit of vitamins to help you tackle the day ahead.

The enduring popularity of the smoothie

Smoothies are ubiquitous, from cafés and restaurants with dedicated smoothie menus to the versions we whip up in our own homes. They’re such a common sight that it’s easy to forget that smoothies haven’t been around forever!

The smoothie as we know it today was brought into existence by the invention of one fabulous kitchen tool: the blender.

The first of these popped up in the 1930s, and enterprising businesspeople were quick to catch on. The original smoothie was a simpler affair than the kinds we see today, however, and was usually a mixture of fruit juice and ice.(1)

However, it was during the ‘60s and ‘70s that the smoothie really took off. More and more people were becoming health and diet-conscious, and hippy culture was out in full force. Alongside it came a desire to return to nature, and this extended into food and diet as well. Processed food was ‘out’, and fruit smoothies were ‘in’. Sounds a little bit like today, right? 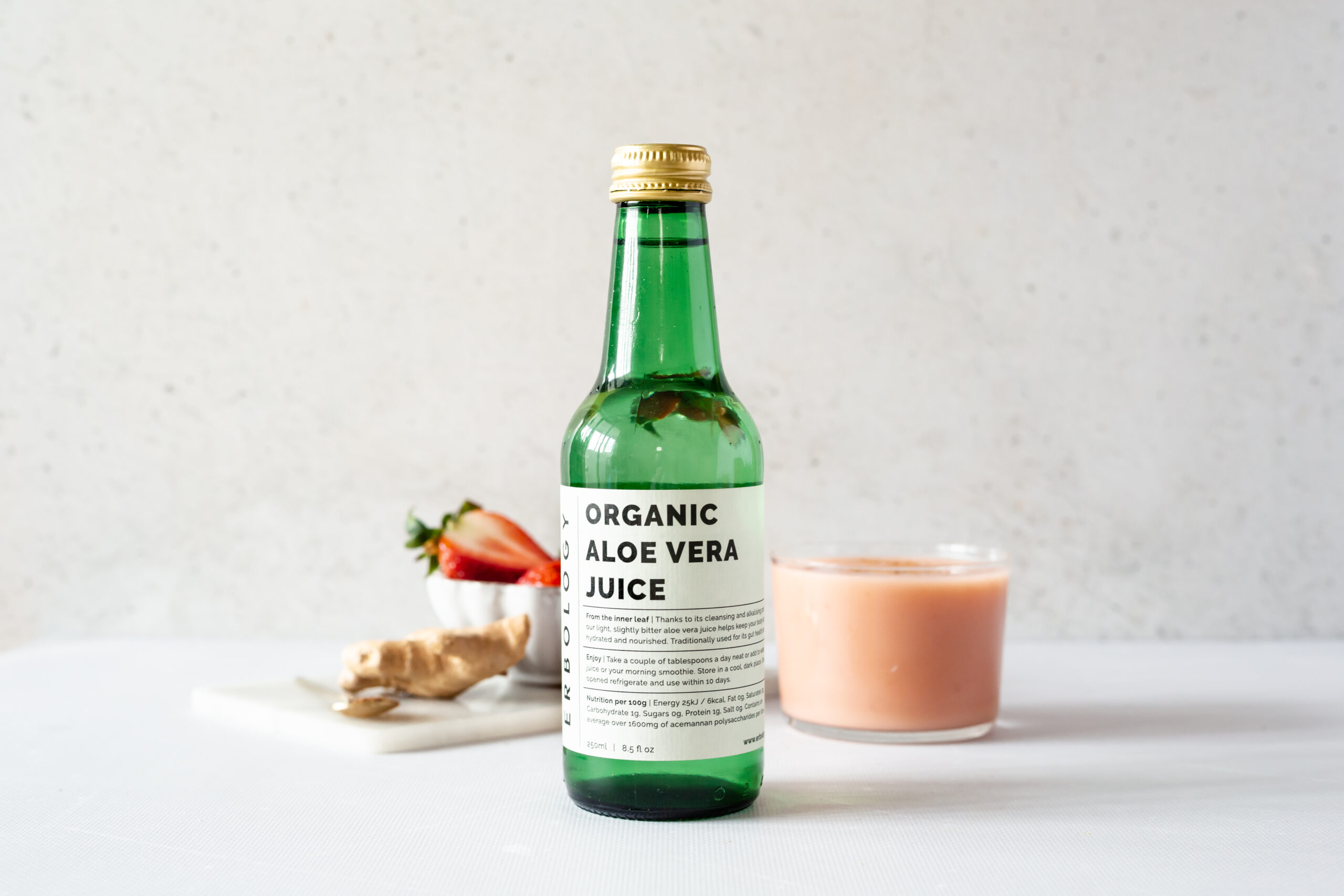 The smoothie, all grown up

Many sources attribute the smoothie’s undying popularity to a young entrepreneur in the 1970s named Steven Kuhnau. Struggling with food allergies, he tinkered with his own recipes for blended drinks after having to miss out on the milkshakes enjoyed by his friends.

In 1973 he opened the very first ‘Smoothie King’ store in the US, and the concept spread like wildfire.(2)

Smoothies spoke to the 1970s audience much as they do to us today: they’re packed with healthy fruit and vegetables, they’re extremely easy to make, and they’re delicious. What more could you ask for from a drink?

Once smoothies had taken over the Western world, their fans began to get even more creative with their recipes. From adding yoghurt, milk, ice cream and orange juice to their concoctions, they began to experiment with more exotic combinations.

What’s more, the era of the ‘smoothie-booster’ arrived, with many companies offering extra ingredients with special health benefits such as spirulina, maca root and bee pollen. 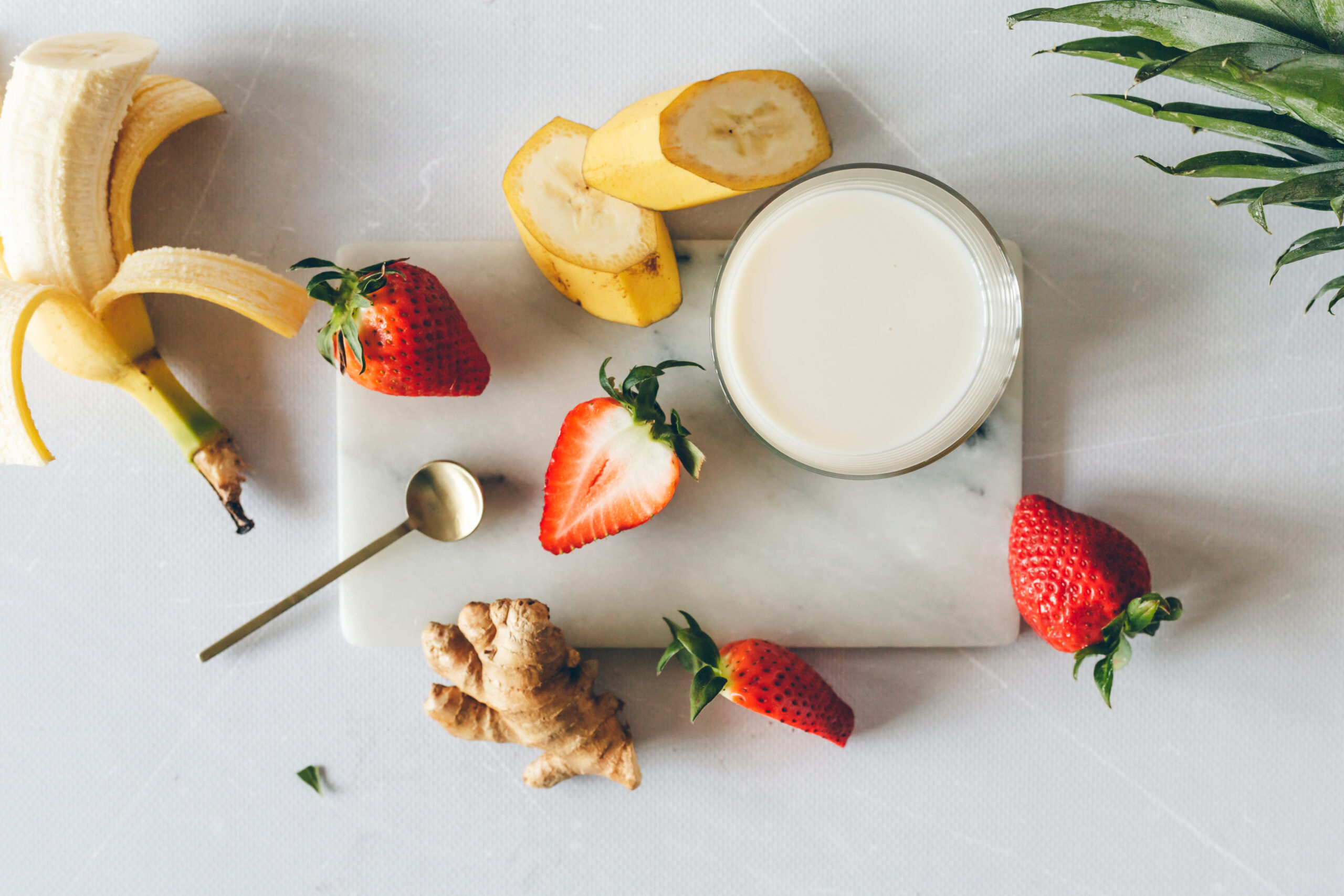 Our contribution to the canon

All of this to say: our aloe vera smoothie recipe is just our small contribution to the seemingly infinite list of smoothie possibilities. However, we like to think it’s a little bit special.

While we love a classic combination – say, strawberry and banana – we also like to add a little more satisfying complexity into our smoothies.

This recipe was developed to take the humble smoothie to greater heights of flavor. It’s not as sweet as other smoothies, but that’s deliberate; sometimes, first thing in the mornings, our stomachs aren’t quite ready for something so dazzlingly sweet.

Instead, we’ve chosen fruits which will sit in a natural balance of flavor. Fresh strawberry, for sweetness, nostalgia, and that gorgeous color. On the other hand, the sharpness of grapefruit and the warmth of ginger.

If you do like a sweet start to the day, you can also adjust the sweetness of the recipe by adjusting the quantity of agave syrup. You could also use maple syrup or honey, if you prefer.

A tip: if prepping a lot of different types of fruit seems like too much work, try using canned pineapple or grapefruit. Tinned fruit is still healthy and nutritious, counts towards your five-a-day, and will save you a lot of bother.

For fruit not currently in season, head to the freezer aisle, or, if you’re using fresh fruit, a couple of ice cubes wouldn’t go amiss to keep the drink cool and refreshing. 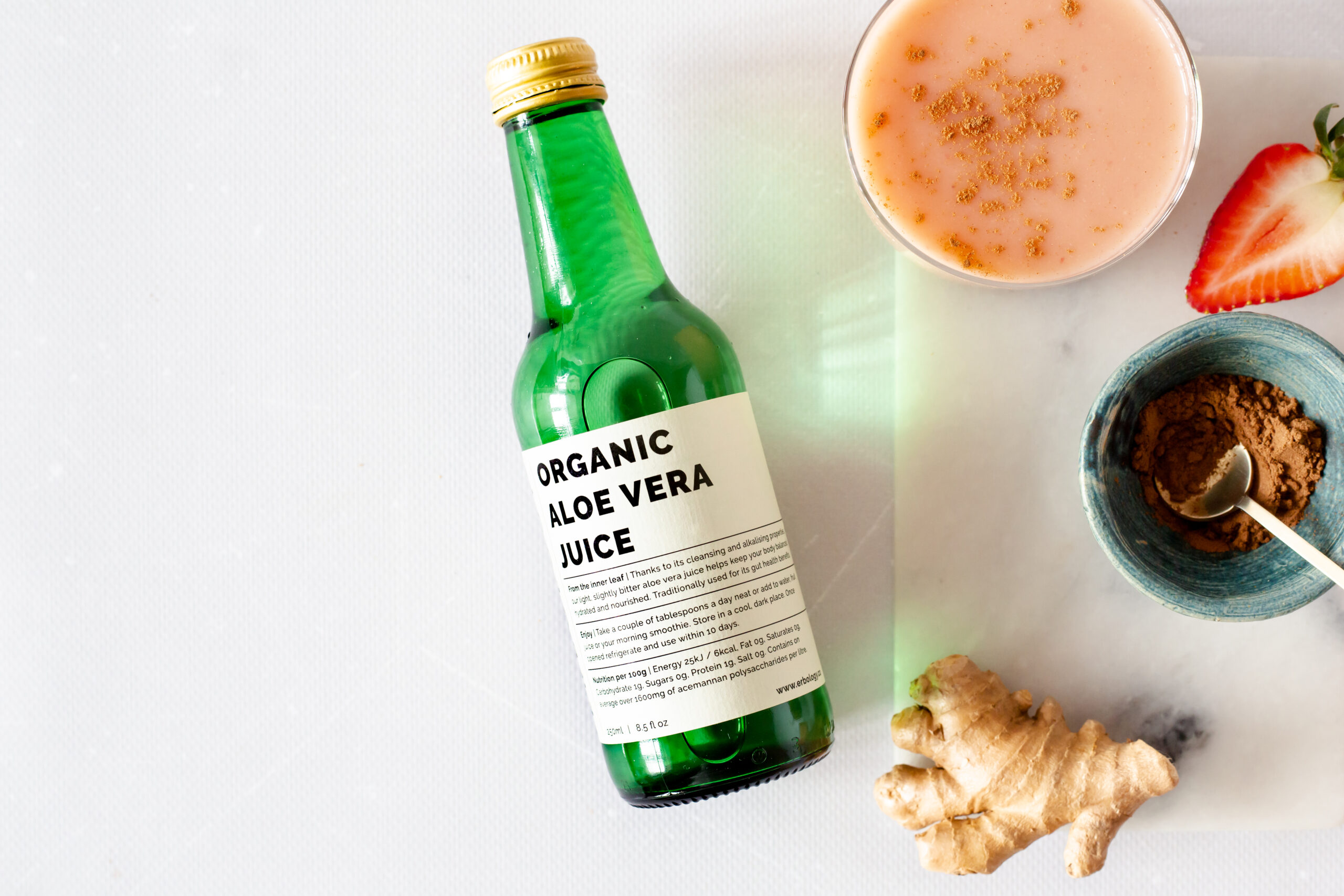 While most of us know this spiky green succulent for its incredible skin-soothing properties, it’s also a great addition to your drinks.

As an alkalizing substance, it can help balance overly acidic diets. It’s also a source of acemannan polysaccharides, a special type of sugar which is thought to be responsible for many of aloe vera’s health effects.

Traditional medicine also links aloe vera to digestive benefits, so it’s a great addition to your morning smoothie if you are keen to help ‘get things moving’ first thing!

Our aloe vera juice comes from Andalusia, Spain, and is extracted from plants which are over three years old. Plants at this level of maturity produce juice which is higher in nutrients. We extract only the juice of the inner leaf.

If you enjoy aloe vera neat, or just want to have a handy travel-size version, we also make a 40ml shot of aloe vera juice.