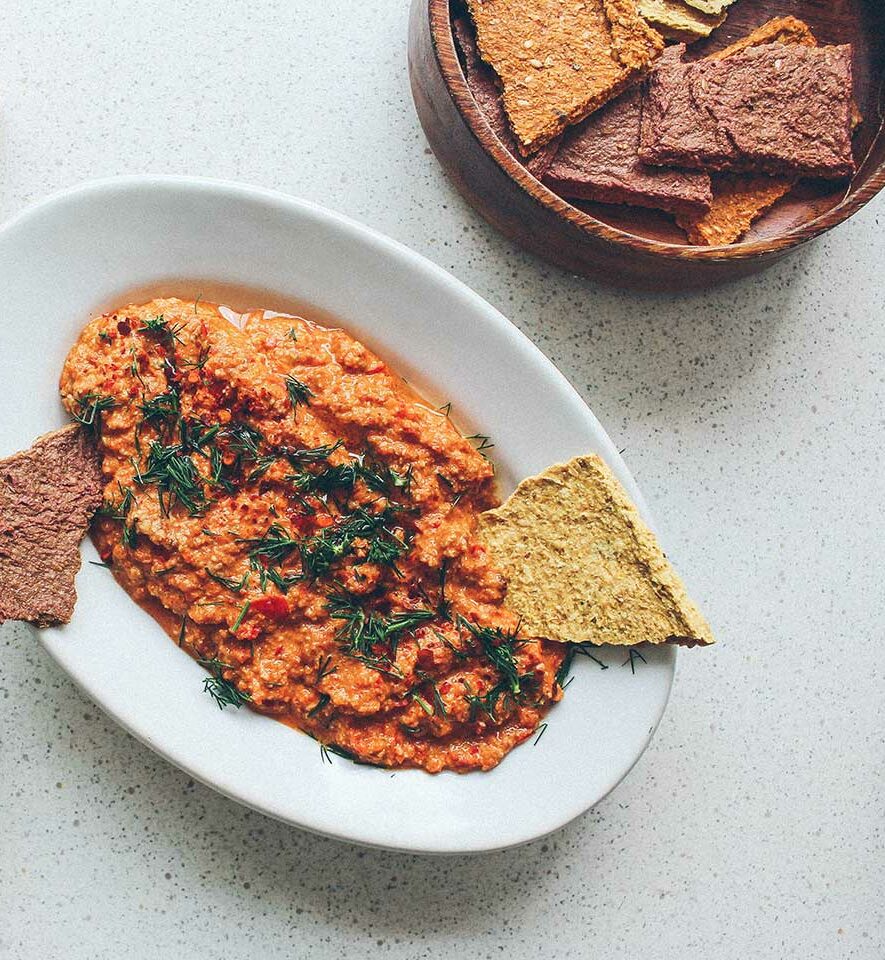 We are always intrigued by dishes that make appearances in very different cultures. Cucumber salad is a favorite example. It is found in places from Germany, to Latin America, to Japan. Although the recipes vary, there is a surprising amount of consistency. Onions frequently come up alongside something tangy such as citrus juices or vinegars. Even before globalization, maybe our taste buds were not all that different? 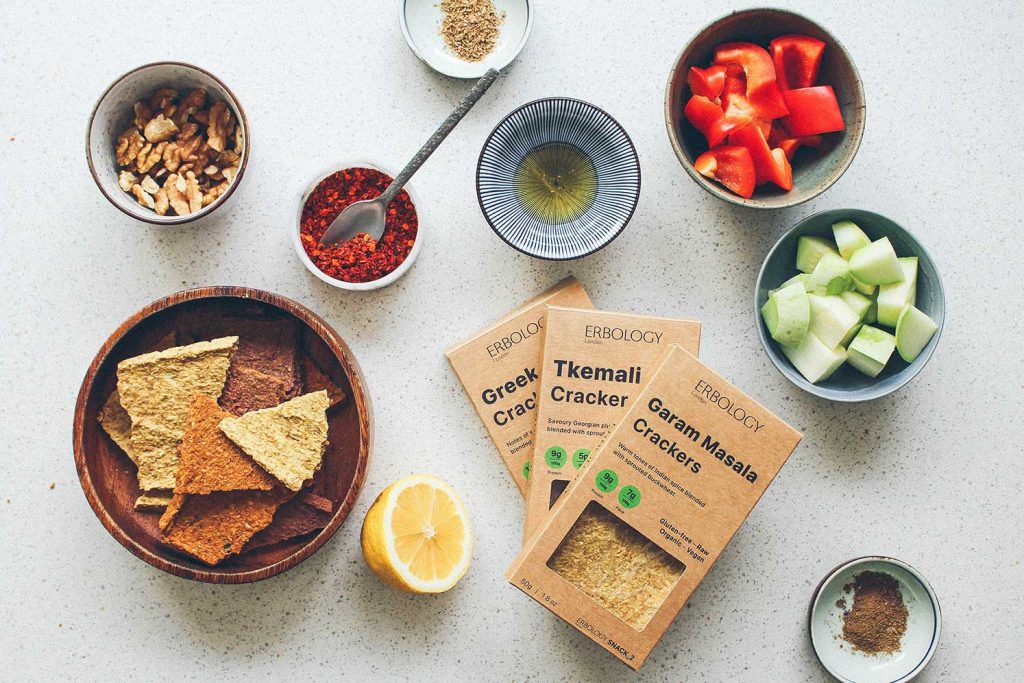 Like cucumber salad, the muhammara recipe is a natural match for all sorts of cuisines. That is to say you could spread it on your favorite sandwich; blend it with chopped tomatoes as a pasta sauce; add to a chickpea or lentil salad; use as a garnish for breakfast eggs or tofu. Substitute muhammara for harissa or ajika, a Caucasian sauce commonly served in Armenia and Georgia. Or you could just enjoy muhammara the traditional way, as a dip. Any of Erbology’s crackers pairs elegantly with this recipe for raw muhammara. Our current pick as accompaniment are Tkemali buckwheat crackers. The grainy and substantial texture is nicely balanced by the piquancy of the dip, and both share vague ties to Georgian cuisine. Alternatively, Greek olive crackers would complement the Mediterranean flavor. 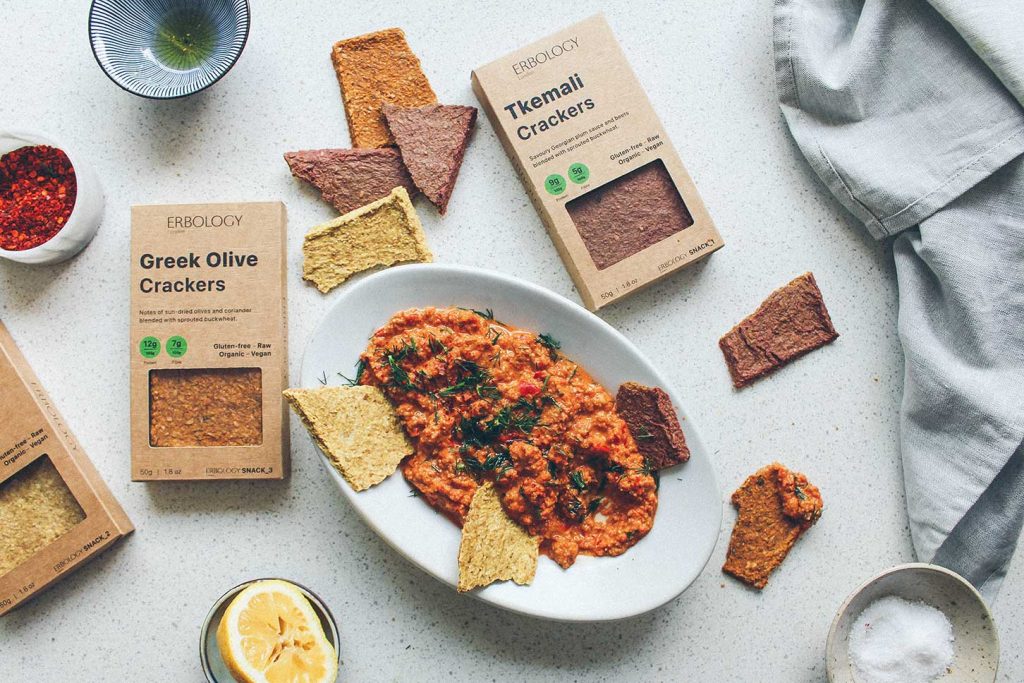 The heart of the muhammara recipe is the combination of flavorful bell peppers, the warmth of red pepper flakes, and the crunch and body of walnuts. There is plenty of room for invention beyond that – have you seen all the varieties of hummus in the supermarket?! It never stops! For instance, we have used agave nectar in this recipe instead of the traditional pomegranate molasses, which is packed with sugar. 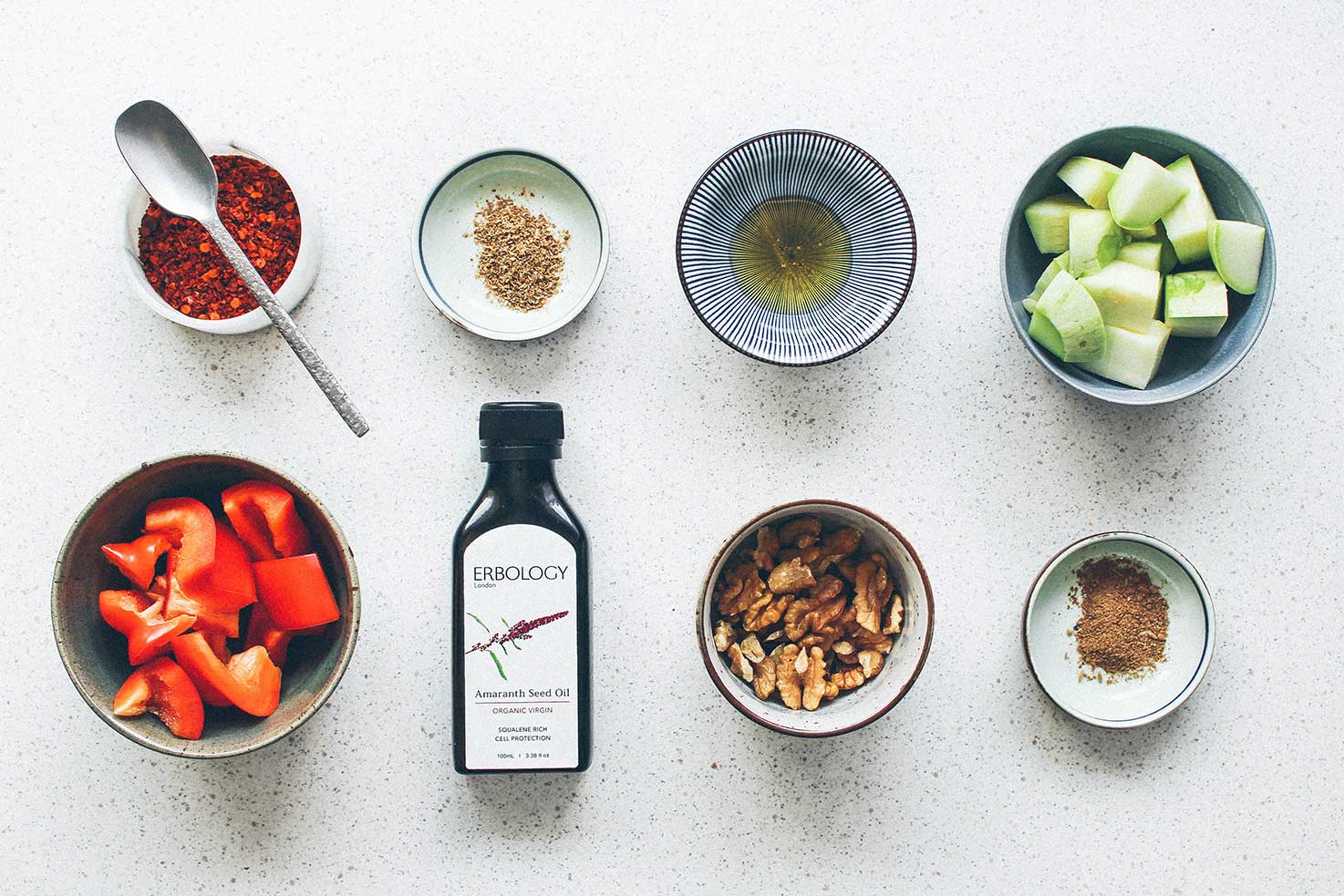