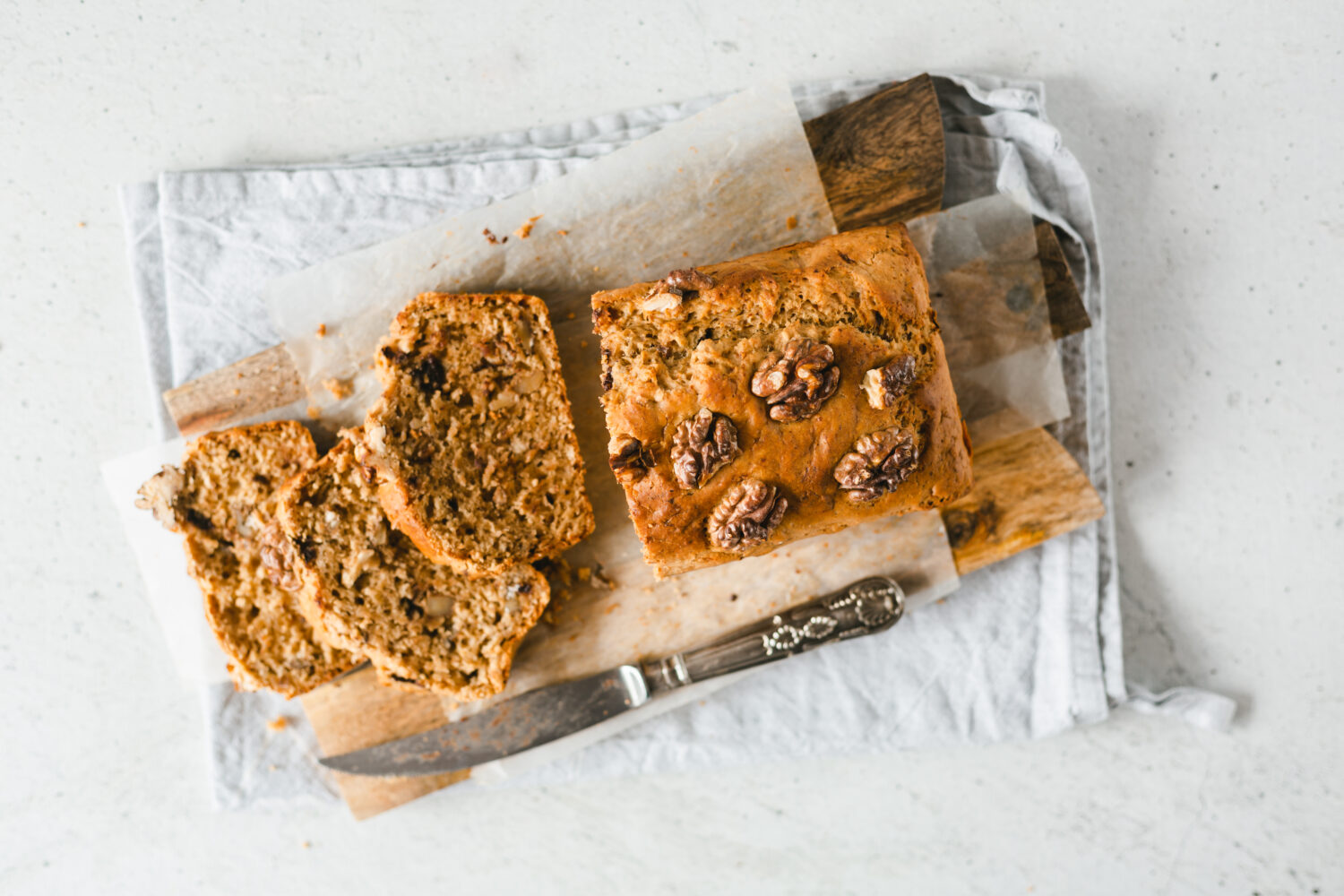 Is there anything better than a classic banana bread, its comforting fragrance wafting through from the kitchen as it bakes? Well, as it turns out, there is! Once you’ve tried our chocolate chip walnut banana bread, you’ll never go back to the plain version again.

Perhaps more so than any other cake, banana bread has come to have a symbolic importance – especially over the last few years.

Many of us will always associate the first days of the pandemic with making endless loaves of this comforting, easy treat.

However, banana bread has always seemed to attach itself to moments of historical importance.

A fabulous post by PJ Hamel for the King Arthur Baking Company charts the strange journey of banana bread over the years. It’s fascinating to see how it has been adapted to fit the mood and challenges of the time.

It all began in the USA in the 1930s, thanks to a trifecta of significant events: firstly, it became easier to transport bananas to the States thanks to refrigeration. Secondly, baking powder became widely available, offering a much faster leavening option compared to yeast. And thirdly, of course, the Great Depression hit.

Suddenly, wasting food was no longer an option; that sad looking brown banana in the fruit bowl had to step up and make something of itself.

Anyone who has made banana bread will know that it’s key to have extremely ripe, or better, overripe bananas to make this cake. You should be able to mash the banana into a fairly even paste using only a fork and minimal effort.

Thus, banana bread become our favorite method of using up bruised bananas, and it has remained that way ever since. 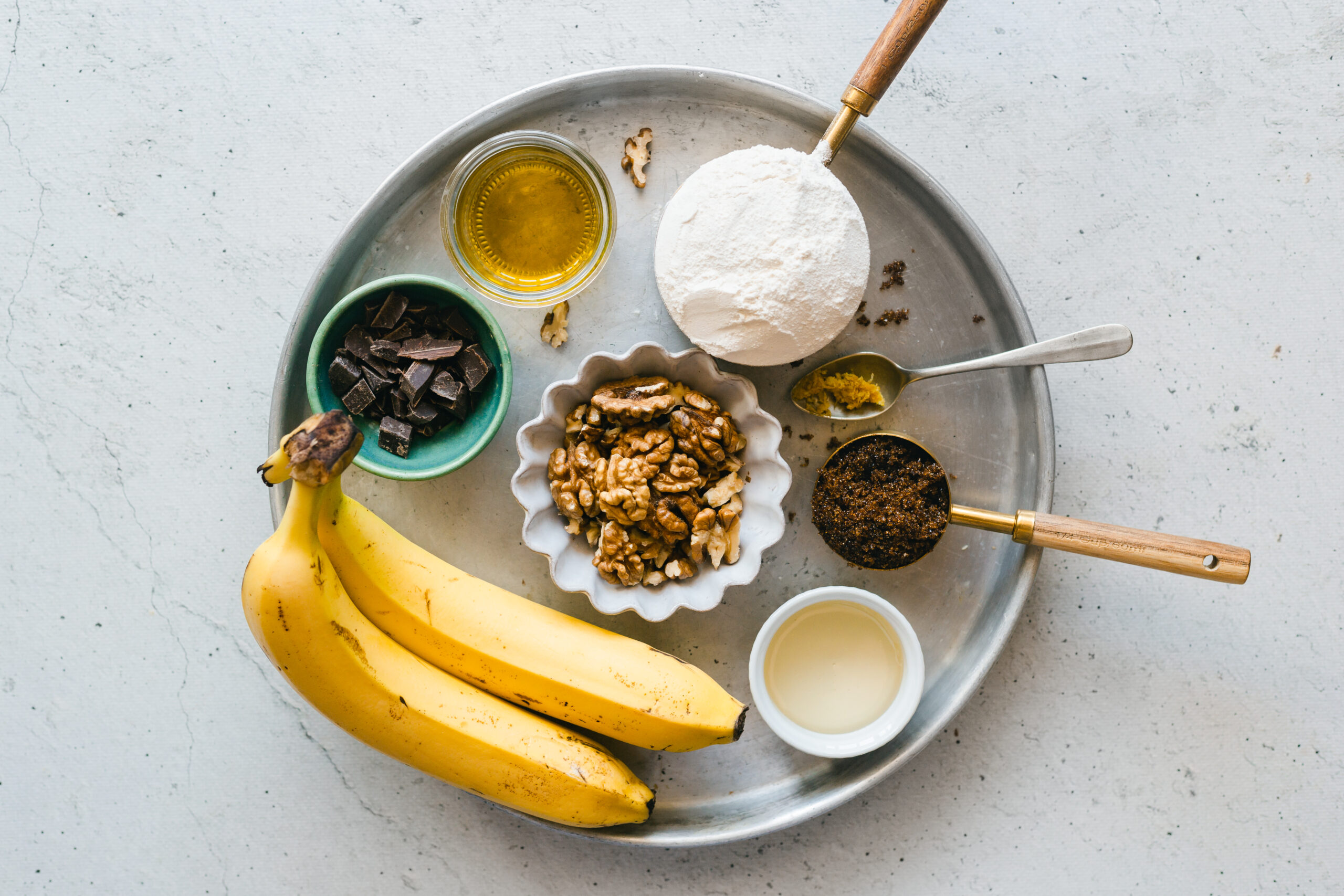 Banana bread through the ages

Back in the 1930s, bakers had to contend with the economic challenges of the time: primarily, the availability and expense of the ingredients. Some recipes call for cheap, filling wheat bran to be added, while sugar and butter is reduced.

Things were slightly better in the ‘40s, but the Second World War meant that rationing was in place. Thus, bakers would use one egg, and replace milk with sour milk or buttermilk.

By the ‘60s, more extravagant ingredients like vanilla, nutmeg and even coffee started to make an appearance. The ‘90s solidified banana bread as we know it today: moist, dense, and lightly spiced with cinnamon or nutmeg.

In the 2000s, reflecting the health consciousness of the time, bakers began to experiment with reducing sugar and fat to make a less calorific loaf.

During the pandemic, banana bread was the top choice for bakers who wanted a distracting activity which wasn’t too complicated, used easily available ingredients, and could be easily eaten by a small household.

Few of us were particularly interested in making healthy additions or subtractions at that time. That’s likely because, as we can see from the last 90 years, banana bread must surely be one of our all time favorite comfort foods.

We turn to banana bread in times of worry because everything about it is comforting. From its moist, sweet and slightly chewy texture to the warming scent of its spices, banana bread is a salve for troubled minds.

In that spirit, we’ve done nothing more radical with our version than to make it vegan-friendly and add a few extra treats.

Dark chocolate chips mixed into the batter melt in the oven and – through some mystery of physics – remain molten even once cooled. Finding the little dollops of melted chocolate in every bite is a delight, especially when coupled with the crunch of fresh walnuts. 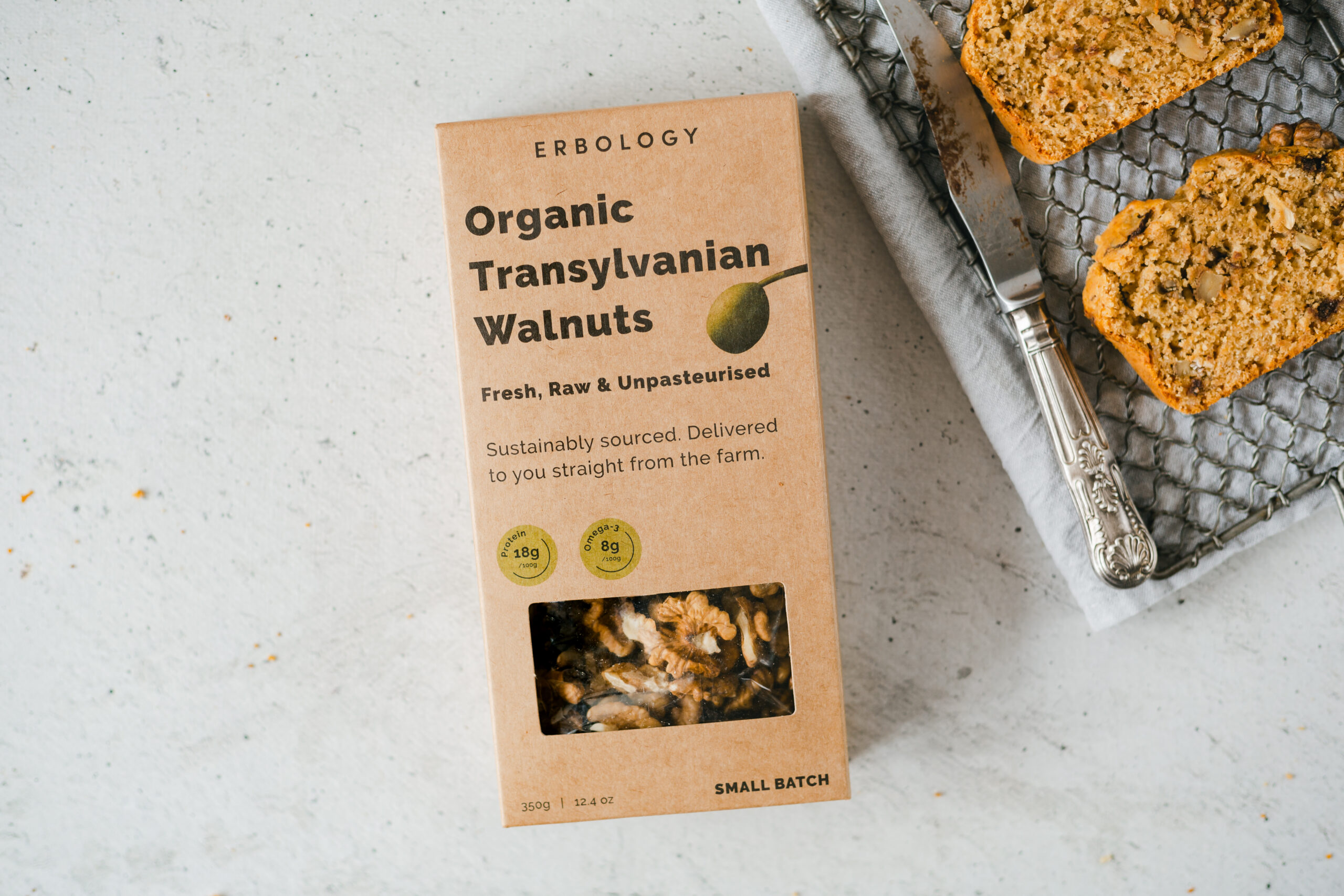 We source our walnuts from independent organic farmers in Transylvania, Romania. Unlike most other companies, we don’t buy our walnuts in bulk and then leave them sitting in storage for months, where they lose their texture, flavor and nutrients.

Instead, we buy our nuts in small batches which are shelled to order. This means that the walnuts are in the best possible condition when they reach you, with all their nutrients intact.

Not only are they more nutritious this way, but their flavor and texture is much better too.

Their toothsome crunch and sweetly toasty flavor is the perfect addition to our chocolate chip walnut banana bread recipe. We hope you enjoy it, and that whatever comfort you need at the moment, you find it here.