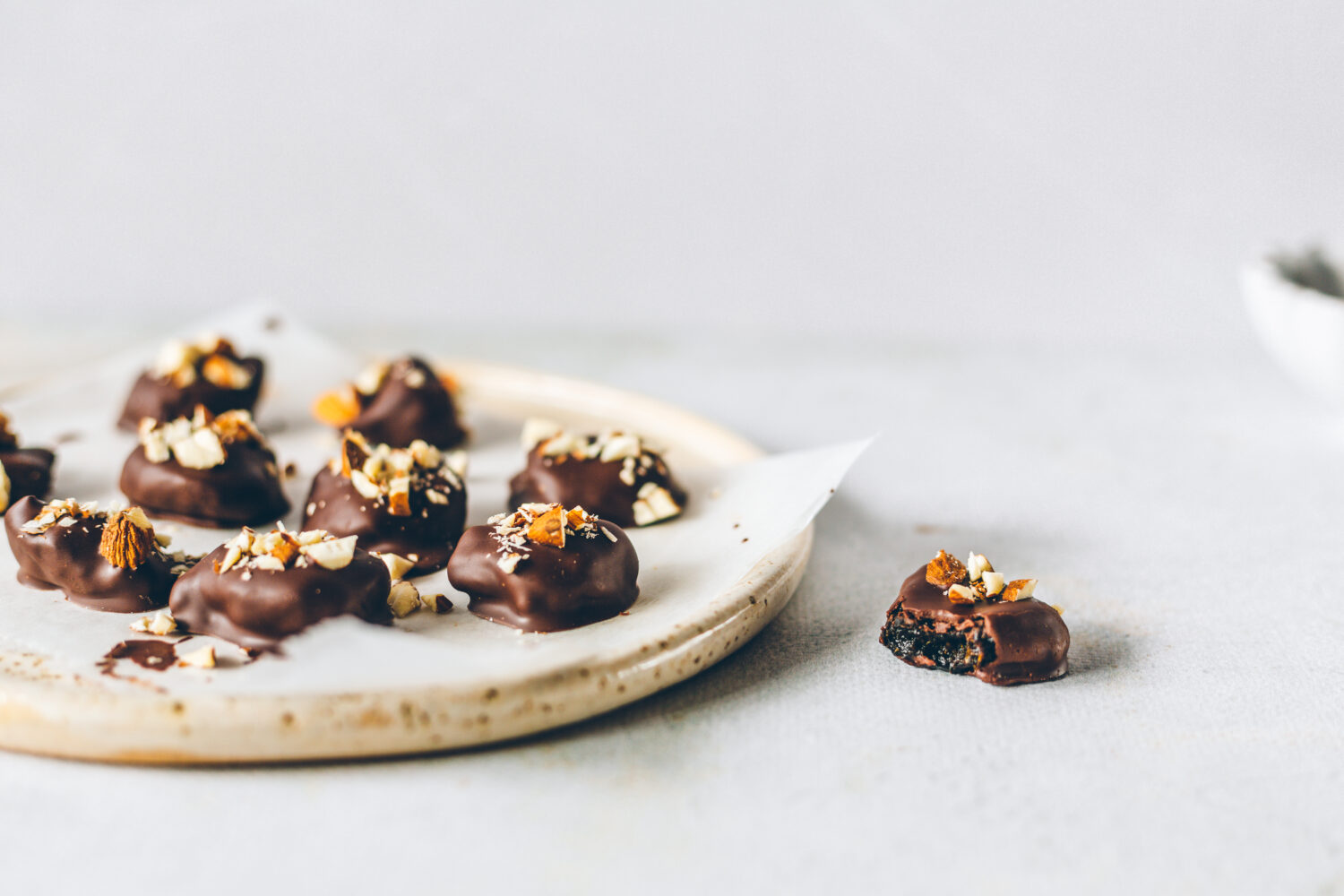 Inspired by a traditional Polish delicacy, our chocolate plums will satisfy your sweet tooth while also providing healthy nutrients.

Polish chocolates: from the ersatz to the sublime

When you think of the highest quality chocolate, you probably think of Belgium, France or Switzerland. These nations have a reputation for quality chocolate which we Americans and Brits have unfortunately failed to match at scale. Our home-grown chocs are rather disdained on the continent,

In fact, Spain and Italy refused to sell British chocolate until 2003, claiming that it had so little to do with real chocolate that they would only allow it to be sold under the name of ‘chocolate substitute’.(1)

Although it may be injurious to our pride, we’re not the only ones with a reputation for tinkering with what qualifies as ‘real chocolate’.

Polish ersatz chocolates through the ages

In the early days of Polish chocolate, around the late 18th century, chocolate was too expensive for many, so they came up with ingenious ways of creating ersatz versions.

One involved cooking wheat flour until brown, before mixing with milk and egg, and other version recommended Linden fruit.(2) Delicious.

Luckily, in the mid-1800s Poland got its first ever chocolate factory, named Wedel’s. The company began producing high quality chocolates which earned a reputation even outside Poland, with shops around Europe.

However, the days of ersatz chocolates weren’t yet over; after the Second World War, the chocolate factories were nationalized.

During the period of the Polish People’s Republic, luxury food items became scarce, and the Polish were forced to come up with yet more inventive ways to make fake chocolate. This included chocolate bars which didn’t actually contain any chocolate at all!(3) 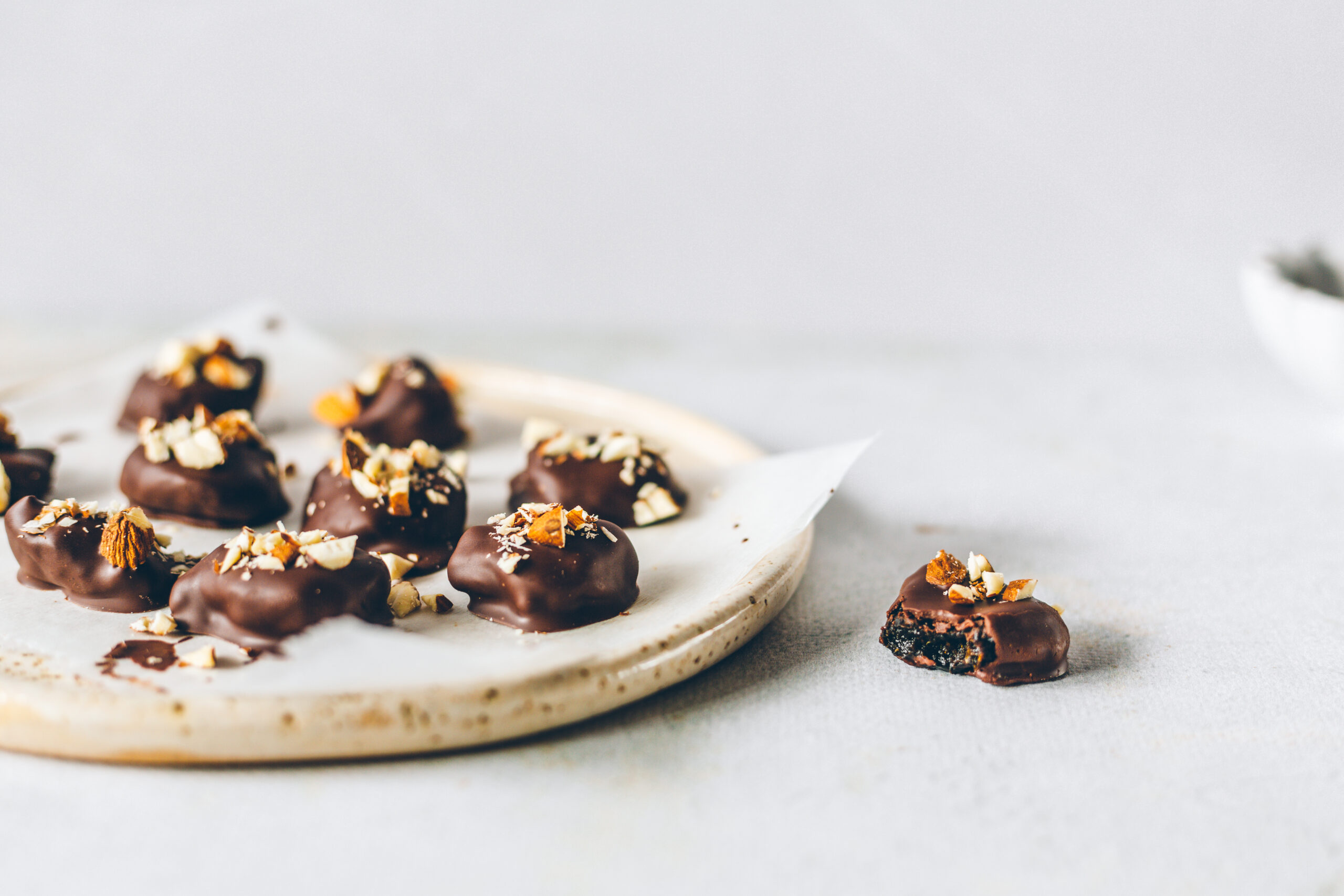 The chocolate plum is born

However, after the PPR came to an end, private chocolatiers were once again allowed to flourish, creating some truly fantastic delicacies which have earned fame around the world.

One of these is the chocolate plum, which has been sold continuously since 1964 and is the flagship product of its manufacturer, Solidarność.

Although these treats are widely known as chocolate plums, or plums in chocolate, they are technically chocolate covered prunes as the plum is dried first.

Variations range from simply coating the plum in fine dark chocolate to stuffing the prune first with nuts such as almond, or coating or filling it with a chocolate crème.

Some chefs like to add a sprinkling of crushed nuts to the finished prune, too. We think it adds a rather refined look, so we’ve made use of the technique here!

Any way you like to eat them, Polish chocolate plums have been on quite the journey. Who knew such a simple little morsel could contain so much history? 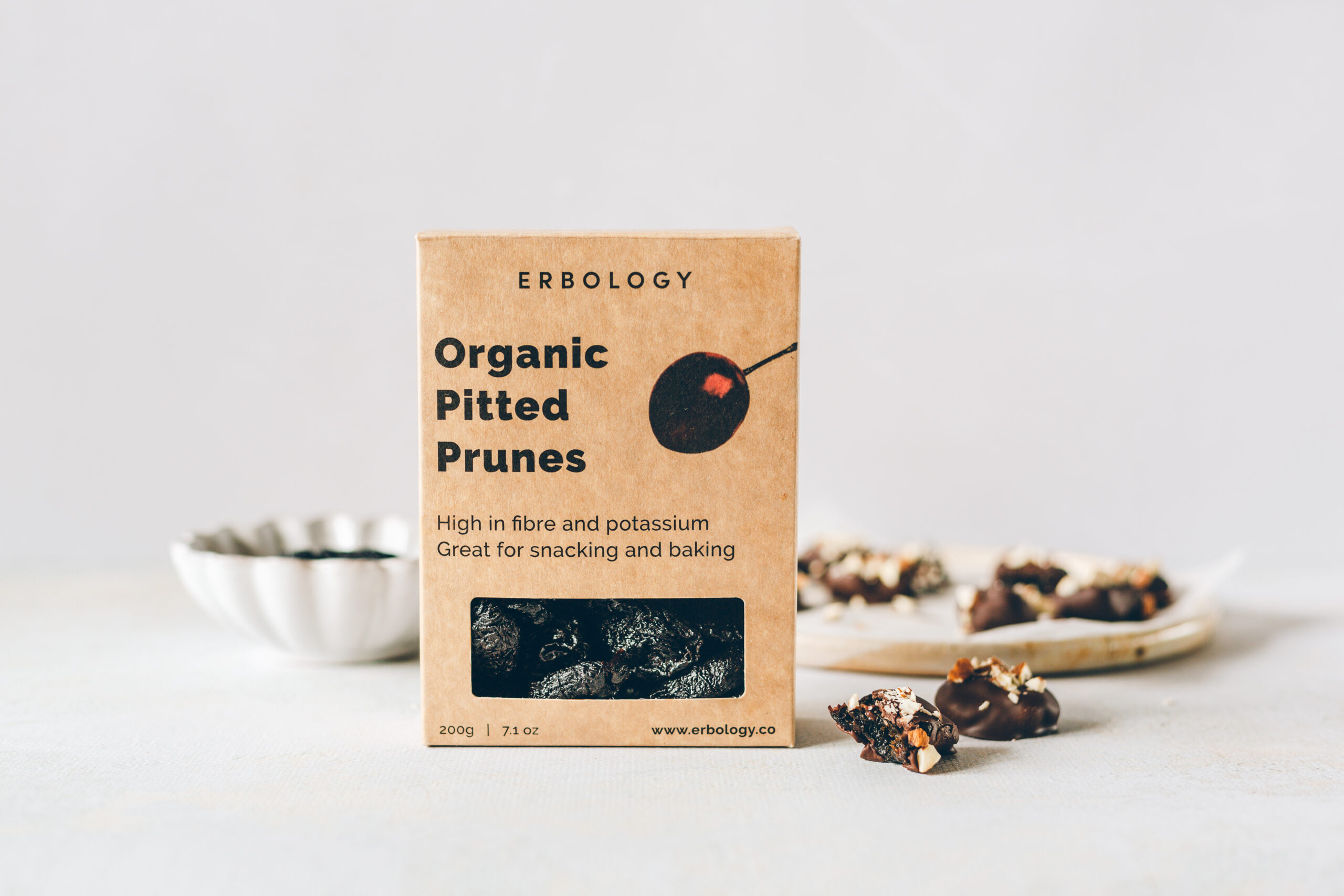 A healthy treat with digestive benefits

If you’re on the hunt for a sweet treat, there are few healthier options than a chocolate dipped prune. They’re simple, quick and easy to make, and combine two nutritious foods.

The prune itself is packed with healthy nutrients: prunes are high in fiber and potassium, which is needed to send nerve signals and manage muscle contractions.

Not only that, but they contain anthocyanins, a family of antioxidants which can help your body fight off damage caused by excess free radicals.

They make a fabulous snack (or addition to baked goods) on their own, but if you can coat something in chocolate, the question rapidly becomes: why wouldn’t you?

While chocolate has a bad reputation, this can mostly be linked to milk and white chocolates which contain lots of fat and added sugar. Dark chocolate can be healthy in moderation, as it’s lower in sugar and contains antioxidants such as flavonols.(4)

To get the best out of your chocolate, choose a dark variety with at least 75% cocoa solids. Higher percentages are even better, as the amount of sugar is further reduced, but the flavor can be too bitter for some.

Power to the prune

It’s thanks to their high fiber content that prunes have gained a reputation for helping ‘move things along’ in your system. The same is true of the chocolate dipped variety, so avoid going over a handful of these delicious treats to avoid any unwanted effects!

We love them as a healthy afternoon snack alongside a cup of tea. As snacking goes, this is about as guilt free as you can get.