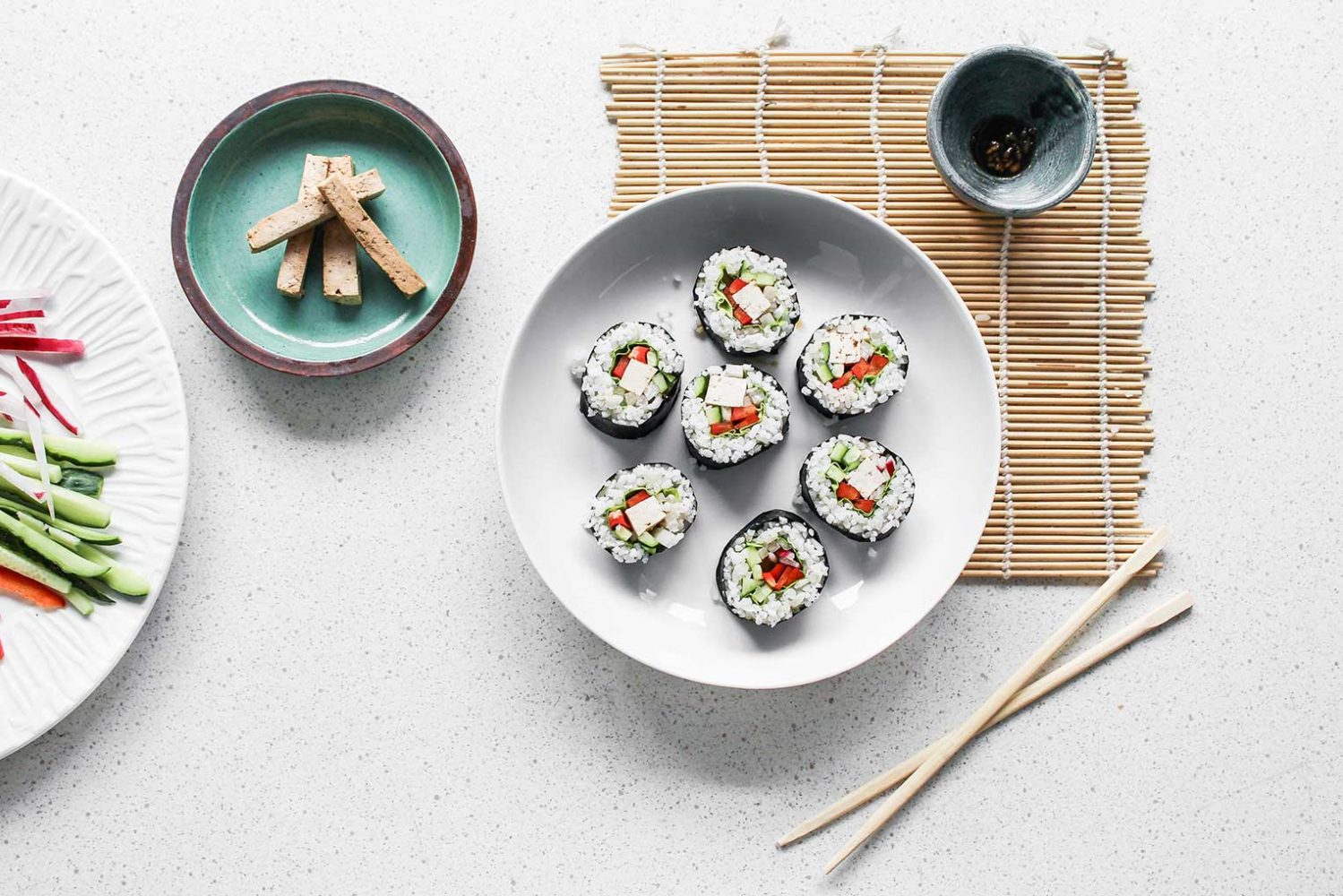 Vegan foods with vitamin B12

We’re happy to reveal: vegan foods with vitamin B12 do exist! From tempeh to nori, here are four fabulous vegan sources of this vital vitamin.

What is vitamin B12?

More and more of us are adopting a fully plant-based diet. Yet, we still often hear that going vegan “isn’t good for you” or “doesn’t provide all the nutrients you need”.

Perhaps the most notorious nutrient in question is vitamin B12.

Also known as cobalamin, vitamin B12 is essential for important processes such as DNA synthesis and building red blood cells.(1)

Look it up online and most resources will tell you that B12 can only be found in meat products. However, while most omnivores do get the majority of their B12 from meat, eggs and dairy, there are some vegan foods with vitamin B12.

Better yet, they’re all delicious! 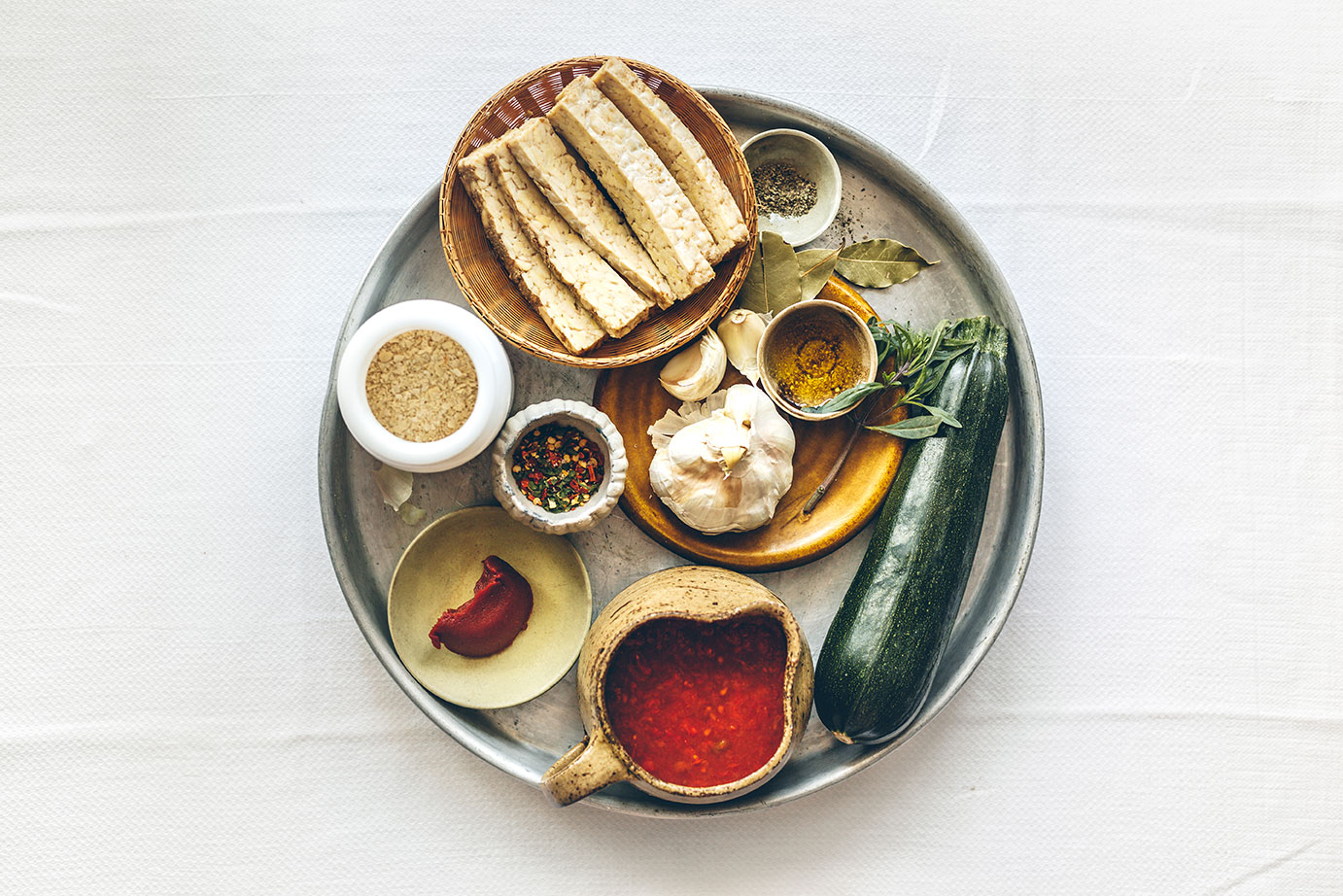 Do I need to worry about vitamin B12?

If you eat meat and dairy, the likelihood is that you’ll be getting plenty of vitamin B12 from your regular diet.

Common foods such as eggs, cheese, yoghurt, fish and shellfish all contain vitamin B12.

As a ‘veggie’, you might think you’ll still be able to source enough B12 from eggs and dairy foods. However, a scientific paper published in 2016 puts that notion into question. In fact, the paper claims, eating an ovo-lacto-vegetarian diet would not provide enough B12 for your needs.(2)

Likewise, if you’re vegan, you will struggle to get enough B12 from your normal diet unless you take deliberate steps to include it.

This is because most plant-based foods, such as vegetables, fruit and grains, do not naturally contain vitamin B12.

As a result, you are at risk of developing a B12 deficiency.

A large proportion of vegetarians and vegans are at risk of B12 deficiency. In fact, in a study of different vegetarian demographics, scientists have estimated that as high as 62% of pregnant women, 25-86% of children, 21-41% of adolescents, and 11-90% of elderly participants had a B12 deficiency.(3)

They also noted that there were higher rates of deficiency among vegans.

If you suffer from a mild B12 deficiency, you may notice that you’re feeling more tired than usual. You might experience a prickling sensation, like pins and needles (formally called ‘paraesthesia’) in your hands and feet.

If your deficiency is more serious, you might develop pancytopenia, which occurs when your body stops producing enough blood cells. Severe deficiency can also damage your nerves and spinal cord.(4)

It’s important to note that a B12 deficiency can be caused by other factors beyond your diet. For example, autoimmune conditions such as pernicious anaemia, and diseases such as chronic gastritis, can lead to deficiency. This isn’t because you’re not taking enough B12 in, but rather than your body isn’t able to absorb it due to your illness.(4)

If you suspect you have a vitamin B12 deficiency, it’s important to see a doctor to rule out anything serious. 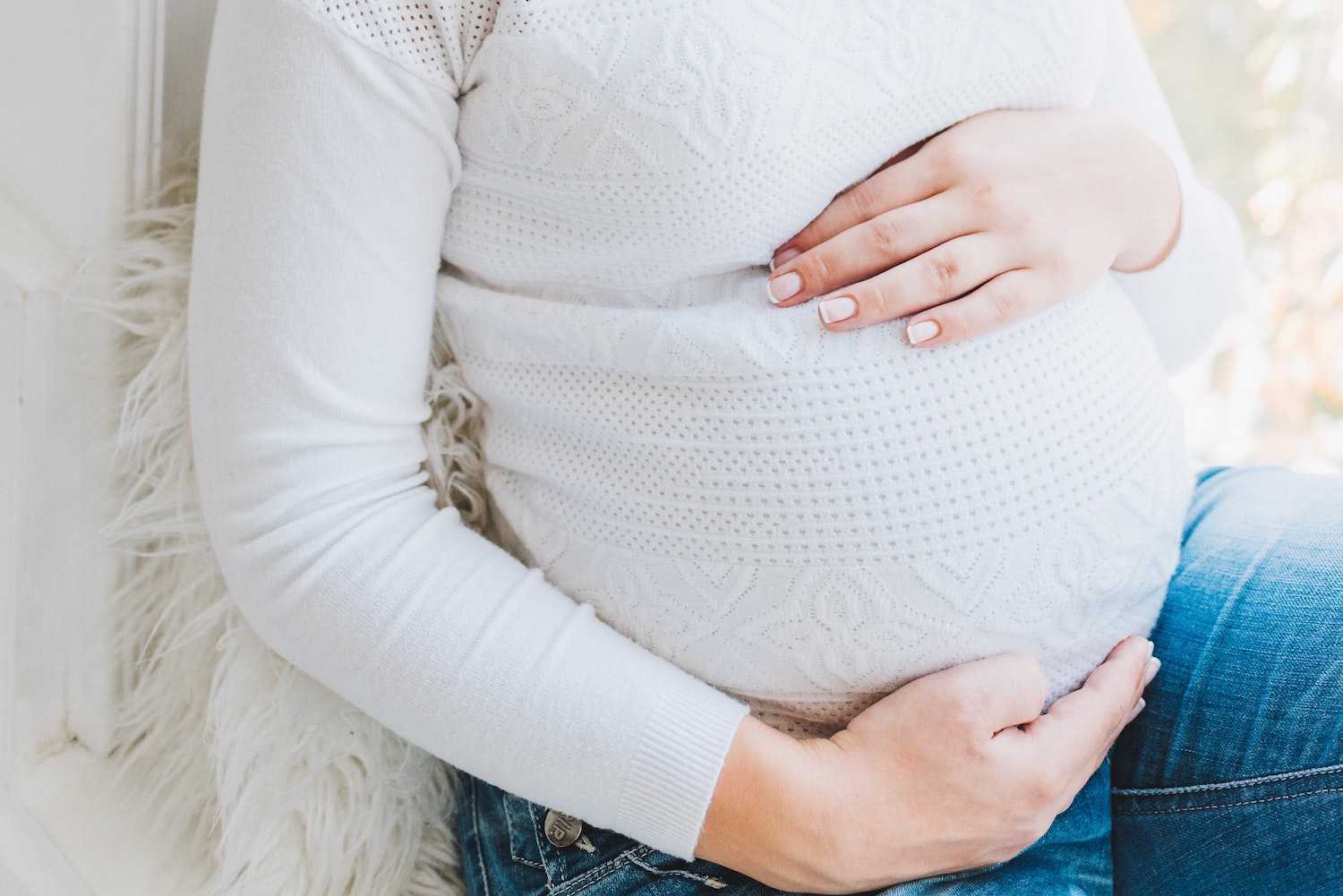 Pregnant women should be especially cautious about their B12 intake. If you are a vegetarian or vegan mum-to-be, you may not have sufficient stores of B12 to take care of both yourself and your baby. This is true during both pregnancy and breastfeeding.

Infants are particularly in need of this vitamin to develop healthily. Some scientists have pointed out that a B12 deficiency in mum may lead to a failure to thrive, not accepting solid foods and delays in neurodevelopment in baby.(2)

One analysis found that the symptoms of B12 deficiency in babies were much the same, regardless of whether the mother had pernicious anaemia or was following a vegan diet.(2)

We don’t believe that if you’re pregnant you should have to eat foods that you don’t want to include in your diet. But it is certainly a good impetus to pay careful attention to the nutrients you’re taking in, especially when it comes to vitamin B12.

Your body is naturally very good at storing vitamin B12. If you have recently switched to veganism from a diet including meat and dairy, you will have enough B12 stores to last you for quite a long time.

One scientific paper suggests that a B12 deficiency could appear, at the earliest, around two years after you stop consuming it in your diet.(2)

However, you should start including B12 in your diet as soon as you can to make sure those stores don’t get depleted. 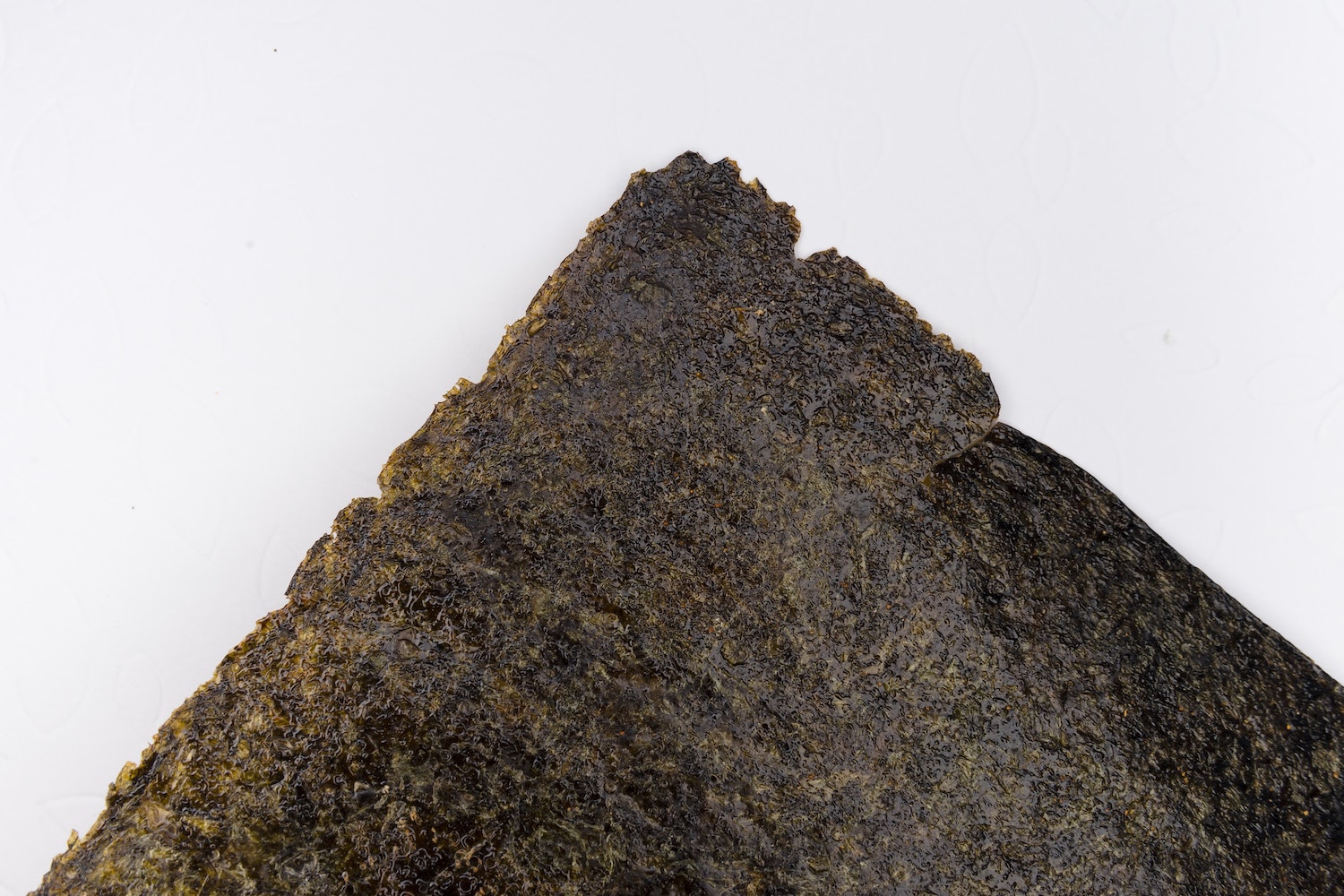 Can you get vitamin B12 from plants?

This is the million dollar question!

Yes, you can get vitamin B12 from plants. However, there aren’t too many of them, and you may need to look further afield than your local supermarket to find them.

We think it’s well worth it to source our B12 naturally and in a way that is suitable for every diet.

Here are our favorite plant-based ways to stock up on this essential vitamin.

Vegan foods with vitamin B12

That’s right: your favorite tofu upgrade can also help you hit your B12 targets.

If you’re unfamiliar with it, tempeh is made from soybeans just like tofu. However, it is processed differently.

Tofu is made by drying, soaking, crushing and then boiling soy beans. Meanwhile, to make tempeh you must soak and boil the beans before introducing a specific type of mould: Rhizopus oligosporus.

The mould knits the beans together in a kind of firm cake, which we know as tempeh.

Strangely, the vitamin B12 in tempeh comes neither from the soybeans nor from the mould. It actually comes from a type of bacteria which comes along for the ride.

A study from way back in 1977 identified commercially available Canadian tempeh as a source of vitamin B12 thanks to the presence of a mysterious species of bacteria.(5)

Another study of ten samples of tempeh available in Jakarta, Indonesia, found that a species of bacteria called K. pneumoniae was responsible for the ‘relatively high’ vitamin B12 content.(6)

Does tempeh sound up your street? Why not try our delicious tempeh bolognese recipe? 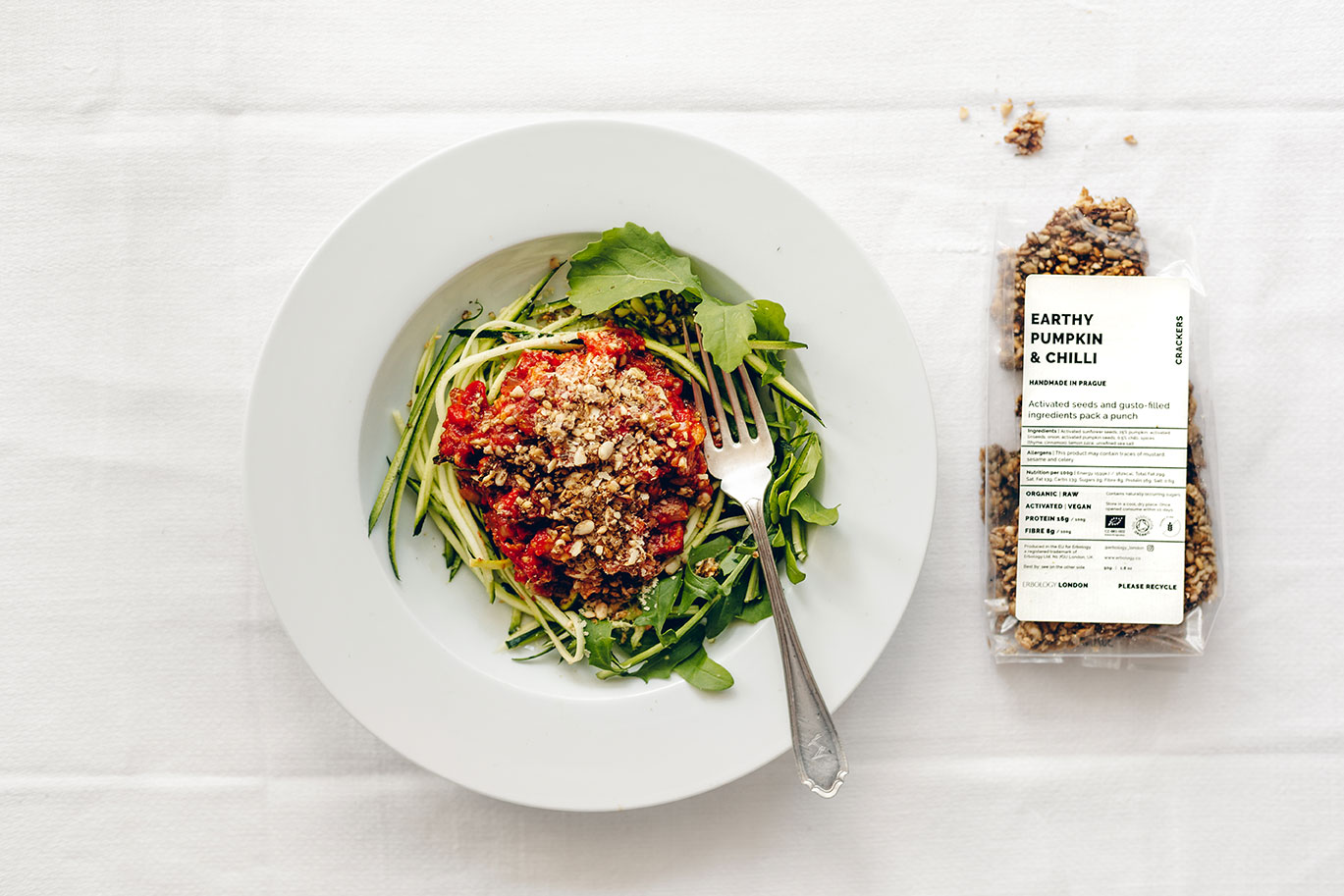 Make your stir-fry more interesting and get some vital vitamin B12 at the same time by adding in a handful of shiitake mushrooms.

Scientists have discovered that a number of edible mushrooms contain B12. Among them are the delightfully named ‘black trumpet’ and ‘golden chantarelle’ varieties.(7)

However the one you’re most likely to be familiar with – and able to source – is the shiitake.

The authors of the scientific study noted, however, that you’d need to eat around 50g of dried shiitake mushrooms per day to hit your RDA of B12. That’s probably a bit too much to eat on a daily basis, so combine your shiitake with other sources, too.(7)

Seaweed and algae can be a great place to get your B12, but only specific types.

Look out for dried green laver and purple laver. These are the most commonly eaten types of edible algae, and they both contain B12.

Dried purple laver is more commonly known as nori (and you will probably be familiar with it thanks to your favorite sushi place).

Not only that, but an analysis of six vegan children who regularly ate dried purple laver found that none of them suffered from a B12 deficiency. The researchers suggested that purple laver could prevent B12 deficiency in vegans, but bear in mind that the sample size was very small.(8)

The authors of a scientific analysis of vegan foods with vitamin B12 went so far as to say that “nori, which is formed into a sheet and dried, is the most suitable Vitamin B12 source for vegetarians”.(7)

Just 4g of nori provides the RDA of 2.4μg of vitamin B12. Plus, it contains a host of other helpful nutrients which vegetarians and vegans can have trouble sourcing. These include vitamin A, iron and omega-3.

Seems like the perfect reason to grab your favorite sushi ingredients and get rolling! We have a great recipe for vegan sushi for you to get stuck into. 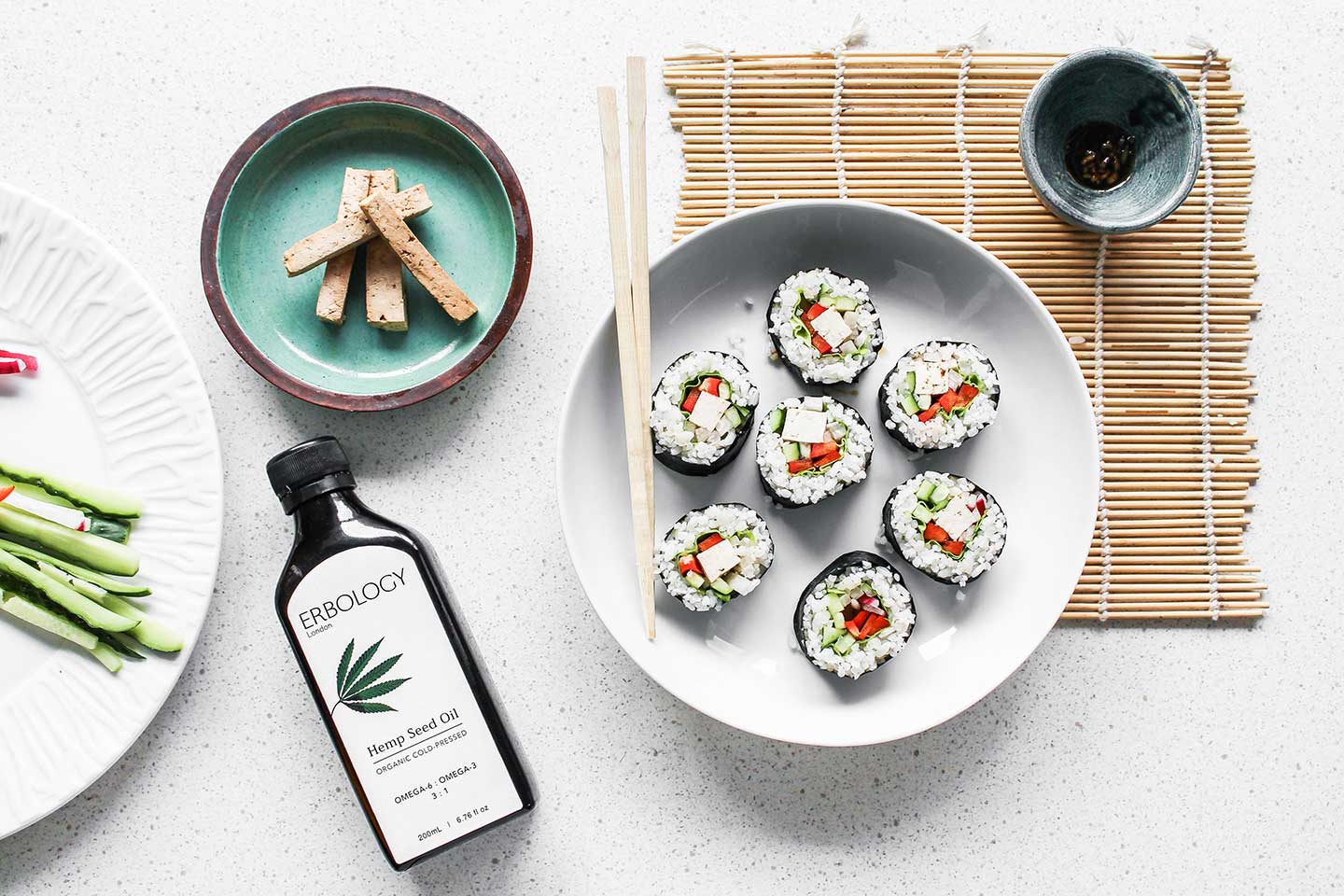 Chlorella is another type of algae, but as it’s consumed differently we’ve given it its own section.

Usually consumed as a supplement, powder or shot, chlorella has recently become very popular among people interested in health and wellness.

Chlorella may be a good source of vitamin B12, but the authors of the analysis cited above made an important caveat. The samples they tested revealed huge variation in B12 content across different products.(7)

The lesson? Check that label! A reputable company will test their product for B12 and will clearly display it on the the packaging.

A second piece of advice from us would be to source a whole food powder rather than a chlorella supplement.

At Erbology, we always advocate for whole foods over supplements. This is because there is generally better transparency and accountability, as well as significantly less processing which can alter the nutritional content of the food.

What’s more, a scientific study performed using whole food chlorella powder was shown to increase the serum B12 levels of 17 vegan or vegetarian adults with B12 deficiency.(9)

There is much discussion about whether vegan foods with vitamin B12 supply the “active” form of the vitamin. Here, ‘active’ means that the vitamin appears in a format that we humans can use in our bodily functions,

It appears that the scientific community has not come to a firm agreement on whether active B12 can come from plants.

All the sources of B12 suggested above are cited as “all potentially biologically active cobalamins” and come from a peer-reviewed scientific paper published in 2014.(7)

In short, it seems that we don’t have a definitive answer on active B12 from plants just yet. However, if you prefer to source your vitamins and minerals from all natural sources, the above plants are a great place to start. 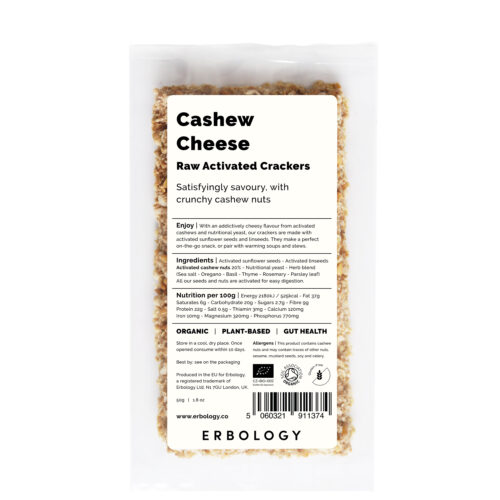 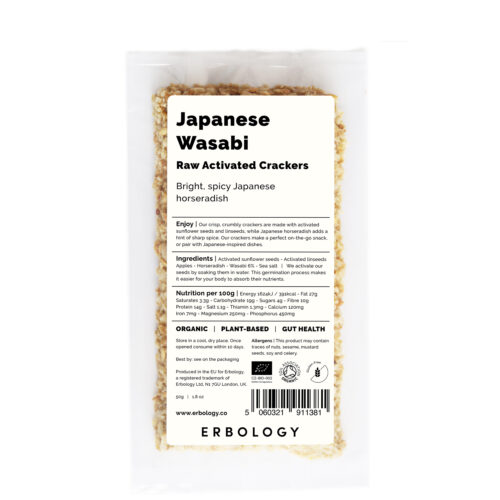 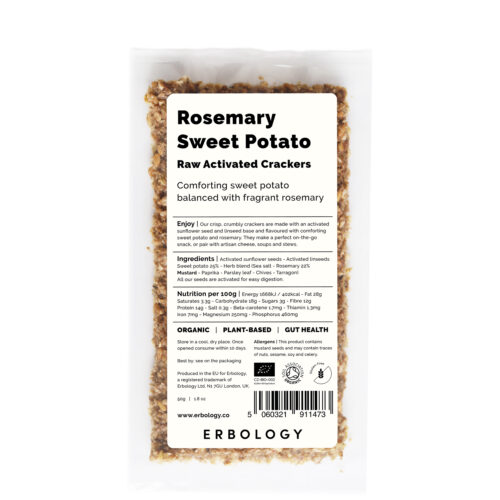 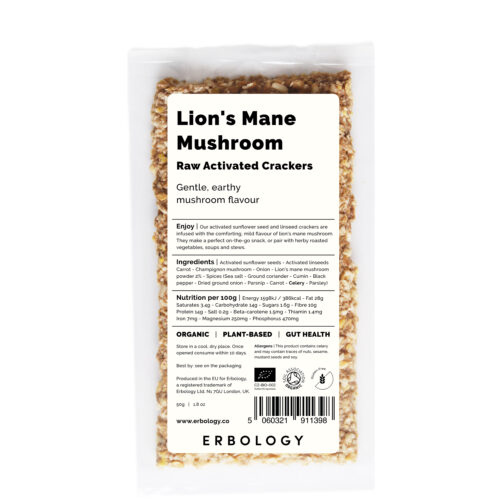 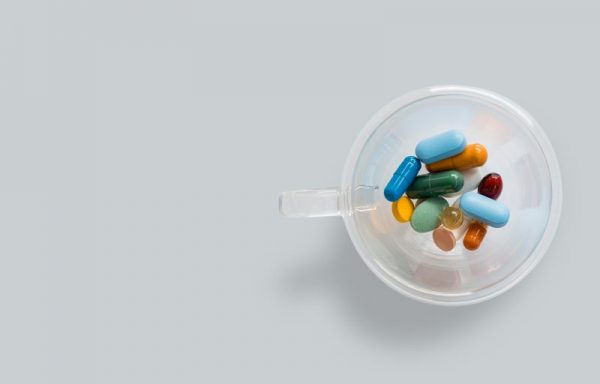