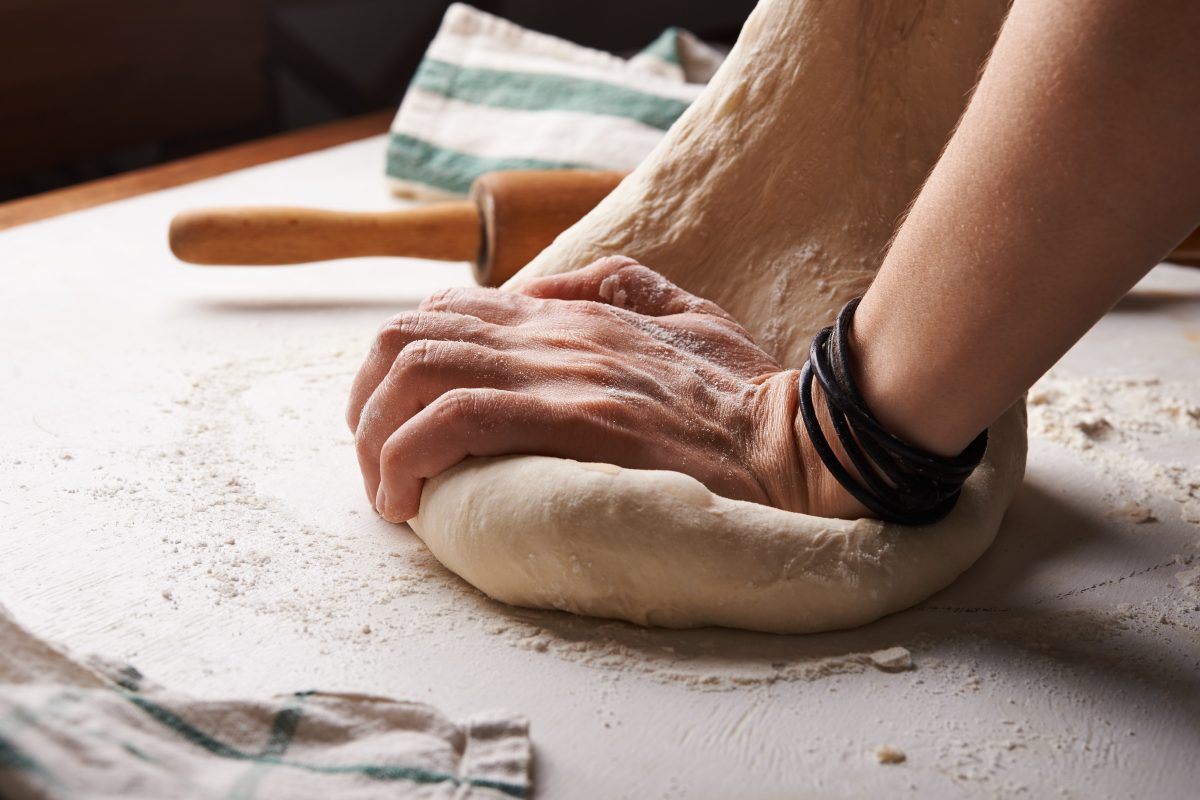 Is gluten bad for you?

Recent years have seen a surge in demand for gluten-free products. Many consumers choose to avoid it because they are intolerant, but many more give it up as a lifestyle choice. Is gluten bad for you?

Firstly, what is it?

Gluten is the name of a group of proteins that appear in foods like wheat, barley, rye and oats. Foods made from these ingredients will contain it, too, which is why it’s common in bread, pasta and pastry.

Gluten helps to give foods a structure, for example, when we make bread. Before baking, we must knead the dough in order to build up the strands of protein which will help the loaf rise and hold its shape. This ability to help keep things well-structured may be where the name ‘gluten’ comes from; in Latin, it means ‘glue’.

One of the reasons that gluten is so common is that foods that contain it tend to be cheap to produce. That makes it a good investment for food companies, but also in other industries. For example, some lip balms, soy sauce, sauce mixes and many other products also contain it.

When your body fights itself

For some people, eating gluten can cause a severe reaction. These people suffer from an intolerance, or celiac disease. Gluten stops their bodies from absorbing nutrients from other foods, and affects the lining of the small intestine.

They may also experience anaemia, and are at a higher risk of conditions like multiple sclerosis, fertility issues and weakened bones. Celiac disease is also associated with autoimmune disorders such as thyroiditis.(1)

Autoimmune disorders occur when your immune system mistakes your own cells as intruders. It triggers an immune response which attacks and tries to eliminate the cells it considers to be dangerous, damaging your own body in the process.

In short, it’s very difficult for these people to lead a normal, healthy lifestyle if they continue to eat gluten. For this reason, many celiacs must remove it from their diet altogether. 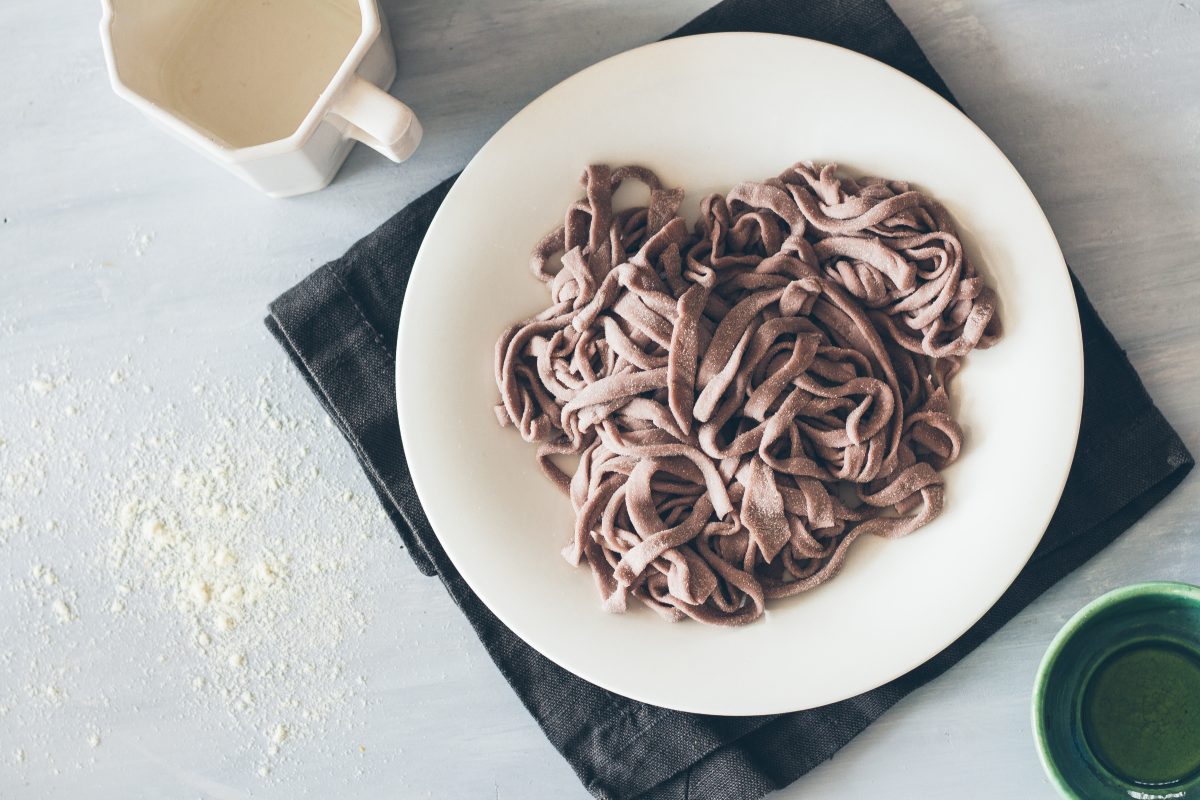 Your gut is a highly sophisticated organ. Among other things, it allows you to absorb nutrients from food. It also helps to keep germs and unwanted substances out of your system.

In celiacs, the gut is sometimes less able to perform this function, allowing more potentially harmful substances into your body. This is due to a protein called zonulin. Regardless of whether you suffer from celiac disease, your body won’t be able to fully digest all the gluten you consume. The undigested leftovers trigger the release of zonulin, which loosens the connections between the cells of your gut wall. This creates extra space for unwanted visitors to pass through.(2)

One such visitor is gliadin, a compound found in gluten. Once in your bloodstream, your body can mistake gliadin for its own tissue, potentially triggering an immune response which also attacks your own cells.

In this way, gluten is a bit of a Trojan Horse for celiacs. It tricks the gut into opening up, which then allows harmful substances to get past its defences. 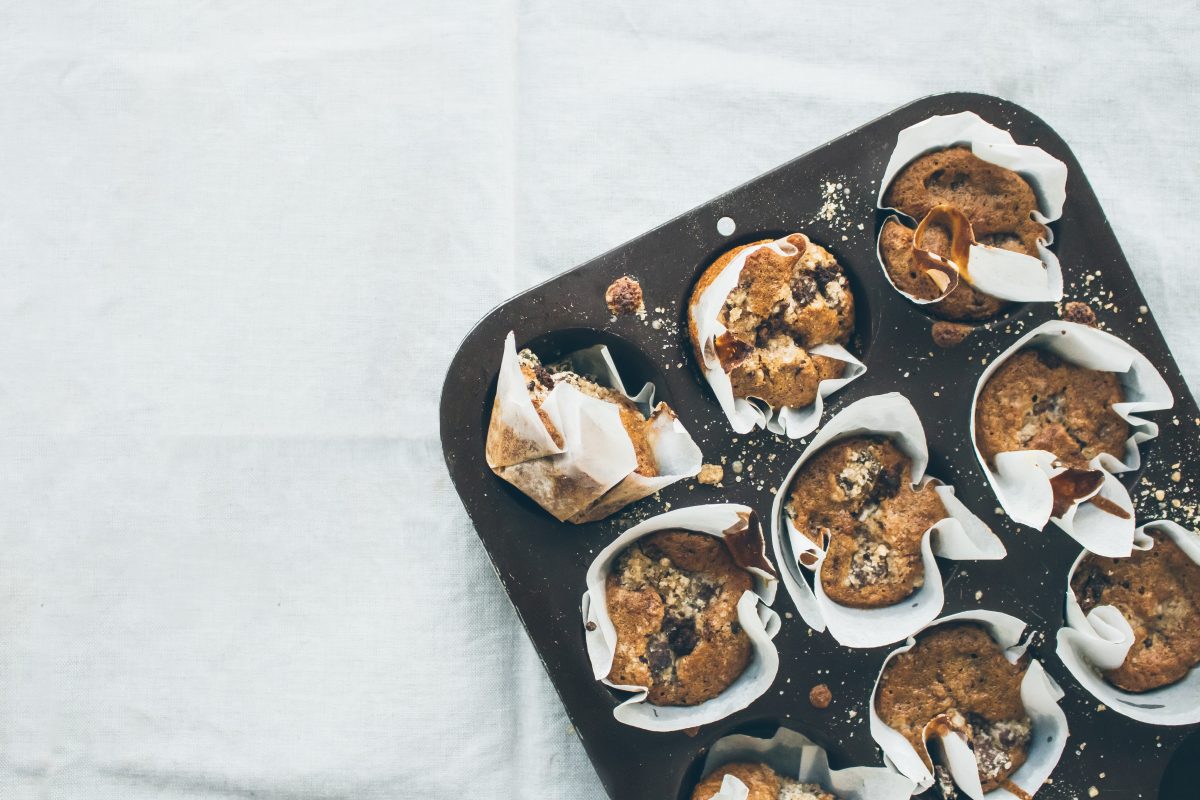 Research suggests that, aside from celiac disease, gluten may affect other autoimmune gut diseases like Crohn’s Disease and inflammatory bowel disorder (IBS). Without it, your body might be better able to fight what it really needs to fight.(3)

Further, another study suggested that people who do not have celiac disease, but report sensitivity to wheat, may have higher than normal tendencies towards suffering from autoimmune diseases and exhibiting relevant antibodies.(4)

Interestingly, yet another study observed that autoimmune responses to gluten were different in people suffering from celiac disease and people with a sensitivity towards it. They did not simply experience different levels of the same biochemical reaction, but a different response altogether. This suggests that the mechanisms of celiac disease and intolerance are different.(5)

"Generally, more people are now aware of how different foods affect their bodies - and how they can make decisions about what they eat in order to live better. Gut health is becoming more of a priority for many of us."

Is it related to other health problems?

A few scientific studies have linked gluten to other health problems It’s important to note that much more research is needed before we can draw firm conclusions.

One study has suggested that wheat gluten may play a role alongside viruses in triggering type 1 diabetes.(10) Another linked it to a greater susceptibility to dementia.(11) Further, autoimmune disorders in general (some of which might be triggered by gluten) are linked to higher rates of depression.(12)

However, this research is limited. Other scientists believe that gluten does not present any risk to people without celiac disease or intolerance. In fact, some experts have stated that the evidence for going gluten-free to try and treat any symptoms or disease, apart from celiac disease and recognised intolerance, is “neither robust nor convincing.”(13)

In short, the debate continues. There are no firm answers yet. 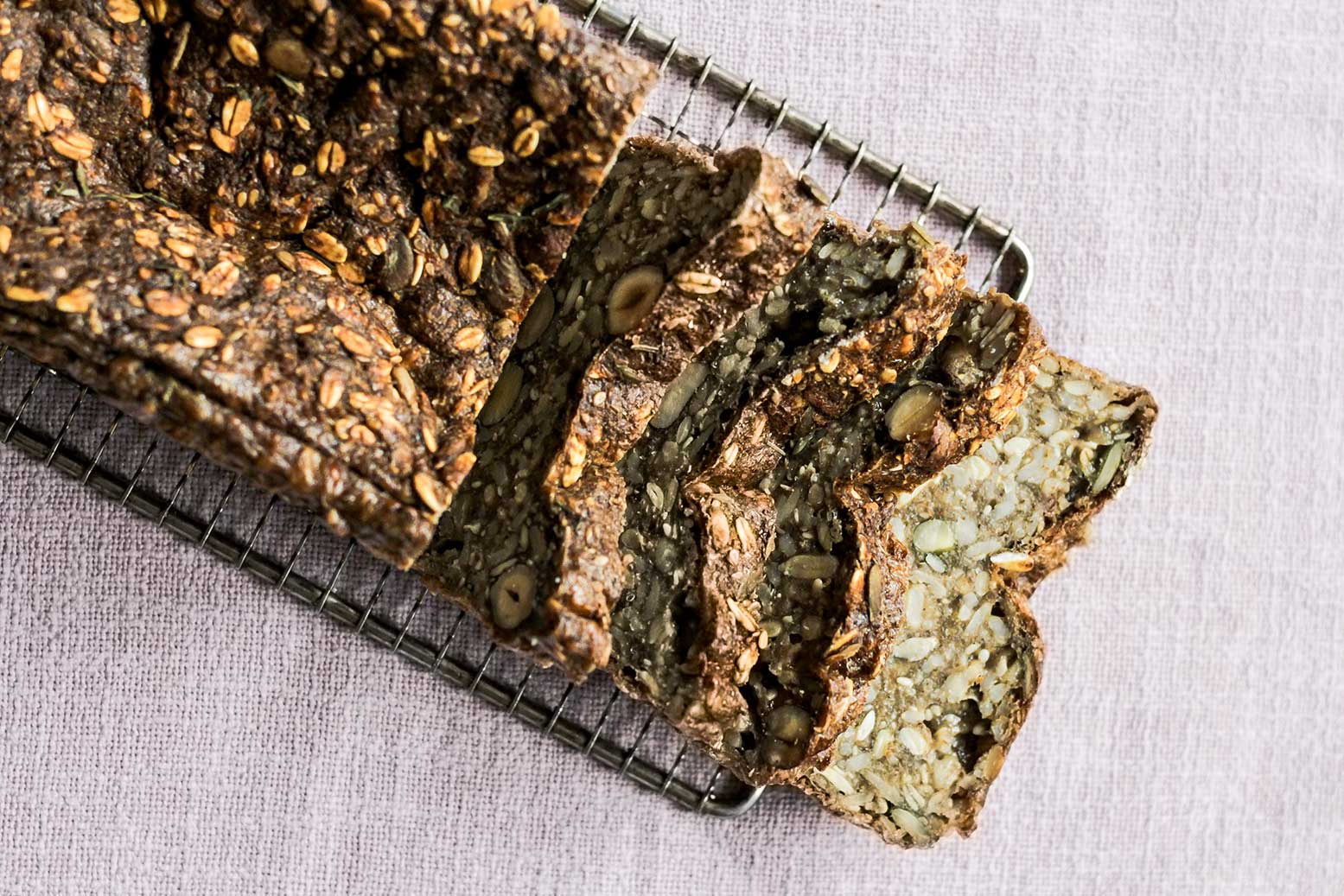 What about people with a mild sensitivity to gluten?

Generally, more people are now aware of how different foods affect their bodies – and how they can make decisions about what they eat in order to live better. Gut health is becoming more of a priority for many of us.

Many foods with gluten seem to be hard on the gut and intestines. For instance, even if you don’t suffer from celiac disease, you may suffer from a mild sensitivity. If so, you might feel bloated or experience excessive gas and diarrhoea after eating it. Your head may not feel clear, or you may feel low in energy.

Many people without celiac disease have reported that these symptoms eased once they removed gluten from their diets. This is probably the main reason for all of these gluten-free products you now see in food stores.

A study by the Expert Review of Gastroenterology and Hepatology supported the emergence of gastrointestinal symptoms caused by gluten in people without celiac disease.(8) Another study observed intestinal cell damage in individuals without celiac disease after they ingested gluten.(9) This study also provided more leads for further research to be built upon.

In short, some people with a mild intolerance to gluten may feel generally better if they exclude it from their diet.

Should I stop eating gluten?

The answer to this question depends largely on how you react to it.

If you don’t experience any gastrointestinal problems after eating foods which contain gluten, there’s no need to cut it out. In fact, many of the whole grains we consider to be part of a healthy diet (like wheat and barley) contain it. If you were to remove these, you would also be missing out on the fiber and minerals they contain.

That said, if you do feel better when avoiding gluten, it’s perfectly possible to get these nutrients from elsewhere.

The Association of Nutrition stated through its spokesperson, Rafe Bundy: “There are many people around the world that consume a diet which is naturally gluten-free or low in gluten. A good example is most of Asia, where the main staple food is rice, not wheat.

“It’s perfectly possible to have a healthy diet which is also gluten-free diet using most standard dietary advice.” 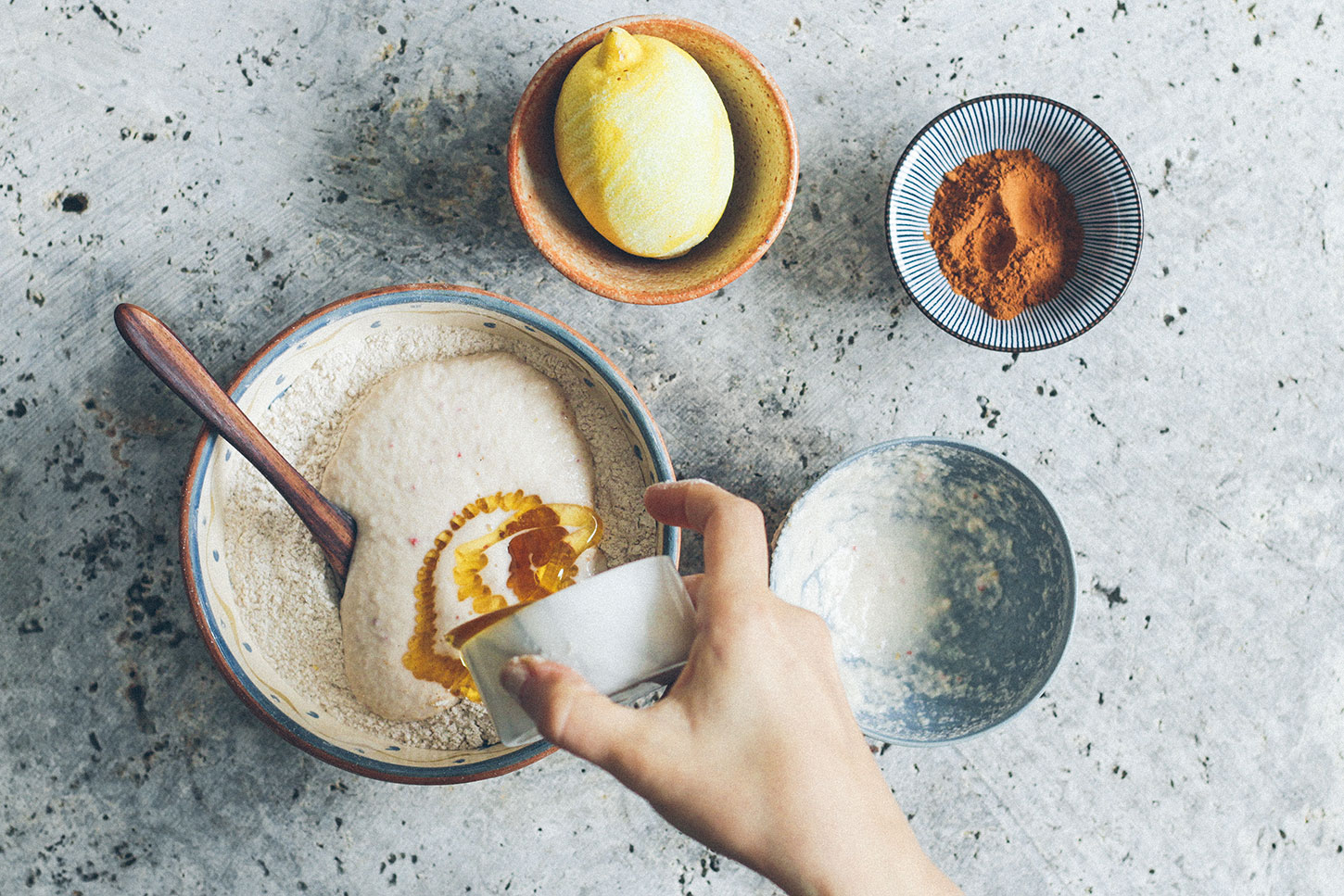 People who suffer from celiac disease, or a mild gluten intolerance, may benefit from removing gluten from their diet. The evidence for people without a particular sensitivity is less clear.

On the one hand, several studies indicate that gluten can have negative effects. However, these results are yet to be replicated on a wide scale and other experts have indicated they are sceptical that gluten does any damage at all. The debate continues.

If you think you might have a mild sensitivity to gluten, you could consider making small swaps and seeing if you feel any changes. Remember that symptoms such as bloating, diarrhoea and gas can indicate an intolerance, but are also symptoms of other issues such as IBS. They may also be the result of intolerance to a different food, such as lactose in dairy products. If your symptoms continue or get worse, speak to your doctor.

Beware of the fad

It’s also important to remember that ‘gluten-free’ is not synonymous with ‘healthy’. These products can still be heavily processed or high in fat, sugar or salt. They are not necessarily better for you than products which contain gluten. What’s more, they can be very expensive.

In light of all that, the best route is to consult an expert. If you believe you might have celiac disease or an intolerance, speak to your doctor before making any major dietary changes.

If your doctor does advise you to ditch gluten, then you’ll find plenty of products and recipes here at Erbology to help you along the way. 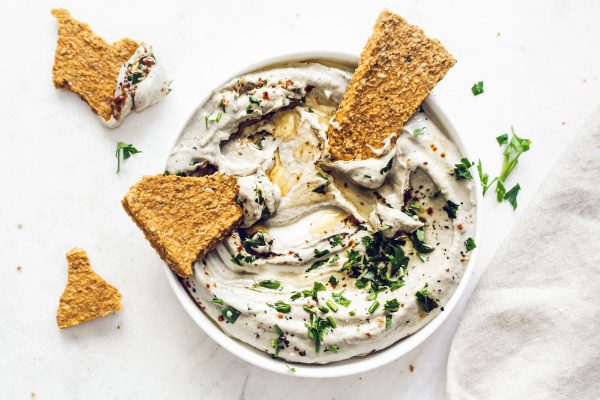 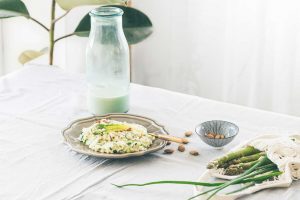 We love these nutritious gluten-free snacks