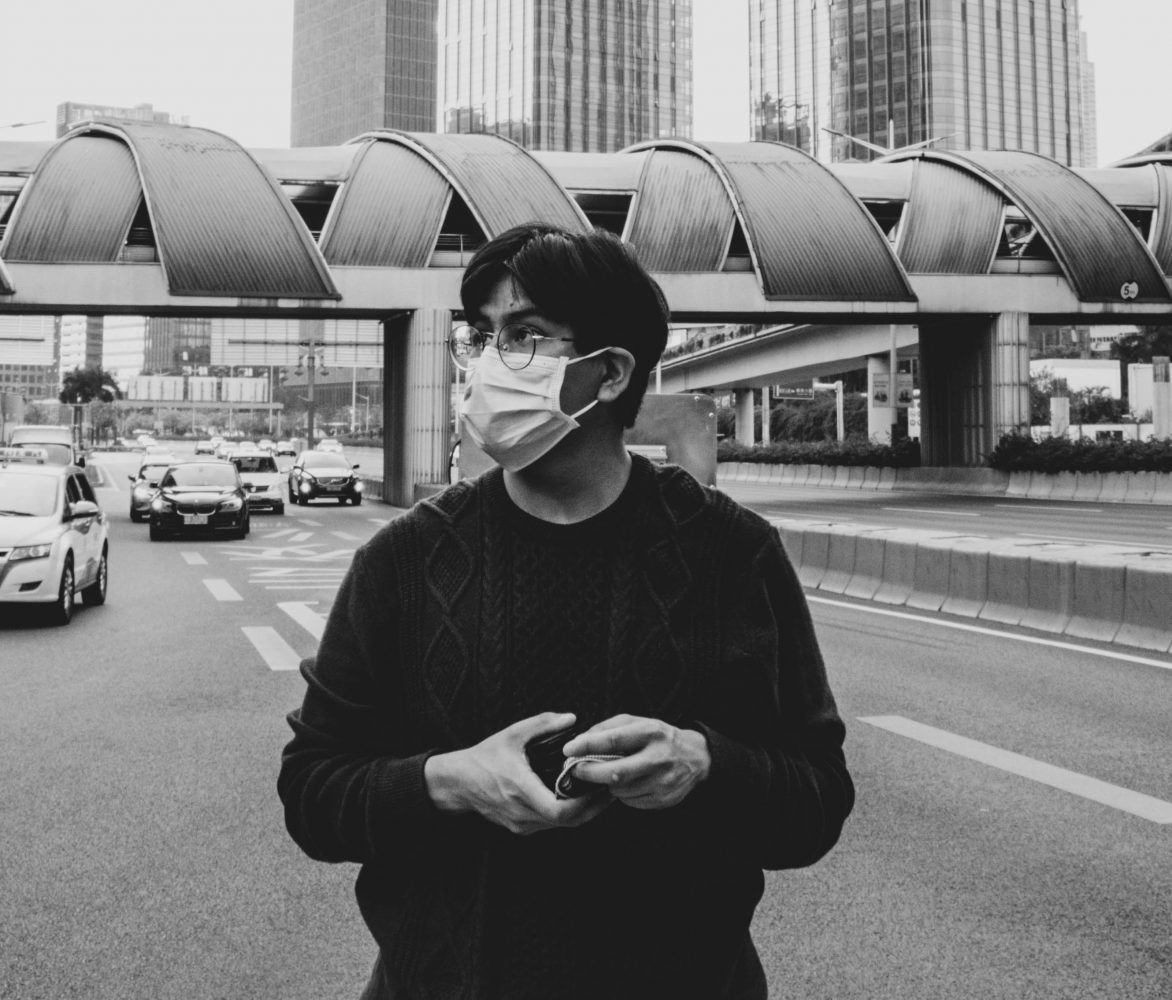 What is immunity and how your immune system works

The beautiful science of the immune system

Much of our incredibly complex, incredibly sophisticated immune system is a beautiful mystery. The way we use the word immune stems not from its Latin roots, but from the late 19th century. This shows how recently we have started to garner more knowledge about how exactly the immune system protects our bodies against illness.

What is the immune system?

The immune system protects us against damage from the outside or from the inside. Certainly, it has several main activities. Firstly, the immune system acts against pathogens. Pathogens are germs including fungi, bacteria, viruses and parasites.

Pathogens must get past our front-line defenders. These include our skin as well as mucous membranes lining entryways into the body. Entryways include the nose and the mouth. Sneezes and coughs rid us of some pathogens. Some pathogens make it into our digestive system via food. Stomach acid works against them.

An essential for the immune system is the ability to distinguish between self and non-self. That is, most of the time, healthy immune systems are very good at knowing what belongs to the self. It knows what are invaders or unhealthy. Sometimes the immune system makes mistakes. It works against healthy cells within the self. This is called an autoimmune response. 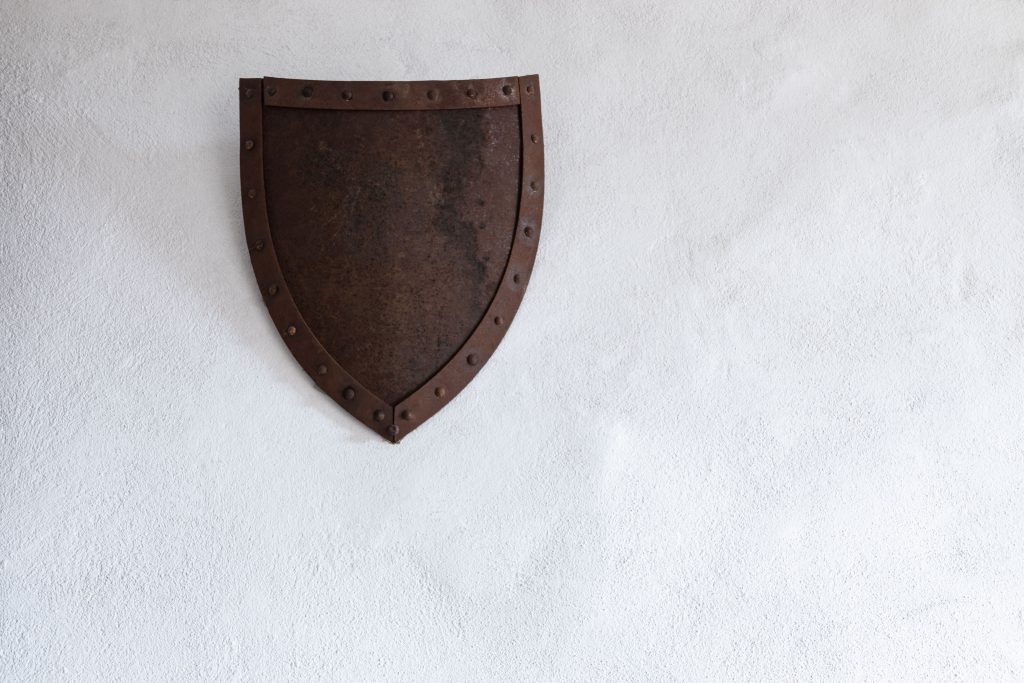 What makes up the immune system?

On the other hand, the adaptive immune system targets germs that the body is already familiar with. It produces antibodies.  It then uses the antibodies to ward off harmful substances. We tell you, this is a sophisticated system! Any substance that sets off an immune response is called an antigen. Bacteria, fungi and viruses are all coated with detectable substances. Antigens that set off healthily protective immune responses can detect these. Antigen is actually short for antibody generator.(2)

The adaptive immune system is dynamic. It is effective against pathogens that mutate into new forms. The adaptive immune system is the reason that adults do not tend to get sick as often as children. Immune systems in adults know about more pathogens. When you have immunity, this is what it means. There are different types of immunity. Some are short, others lifelong. Some are strong, others weak. Vaccines and antiserum are manmade ways of provoking immunity. Moreover, immunity can also be genetic and inherited. Mothers pass antibodies on to newborn babies through breast milk. This is an example of temporary immunity. Antibodies also transmit in the womb.

'The more we understand about the workings of the immune system, the more insight we will have into true wellbeing - physical, emotional, and spiritual.'

Soldiers and organs in the immune system…

On the frontline of the very efficient army that we call the immune system are small white blood cells, or leukocytes. All leukocytes are part of both the adaptive and innate immune systems. Some types feature more prominently in either – more on this soon. Leukocytes include phagocytes, or eating cells, which are mainly attributed to the innate immune system. When these cells detect pathogens, they gobble them up.

White blood cells later go to live in the lymphoid organs. Lymphoid organs are the tonsils and adenoids; lymph nodes; lymphatic vessels; thymus; spleen; Peyer’s patches; and appendix as well as the previously mentioned bone marrow. They are distributed over the whole body. Lymphocytes travel to the various organs through the lymphatic vessels which run largely alongside the arteries and blood vessels. A strong partnership between these systems of vessels includes the passing back and forth of cells and fluids. The lymphatic system produces lymph, or a clear fluid which cleanses human tissue. To sum up, the lymphatic system keeps watch over the human body and wards off any germs it encounters.

Read about inflammation and wondered what exactly it was? Well, inflammation is connected to the immune system. In short, the complement system of 25 proteins is so named because it complements antibodies. It rids the body of bacteria. It cleanses the body of antigens that have become covered in antibodies. This marks them out as harmful. The proteins in the complement system enlarge the blood vessels. This causes spillage. This causes symptoms of inflammation. That is to say:  the Roman medical writer beautifully named Aulus Cornelius Celsus writes in 1st AD, redness (rubor in Latin); heat (calor); swelling (tumor) and pain (dolor). 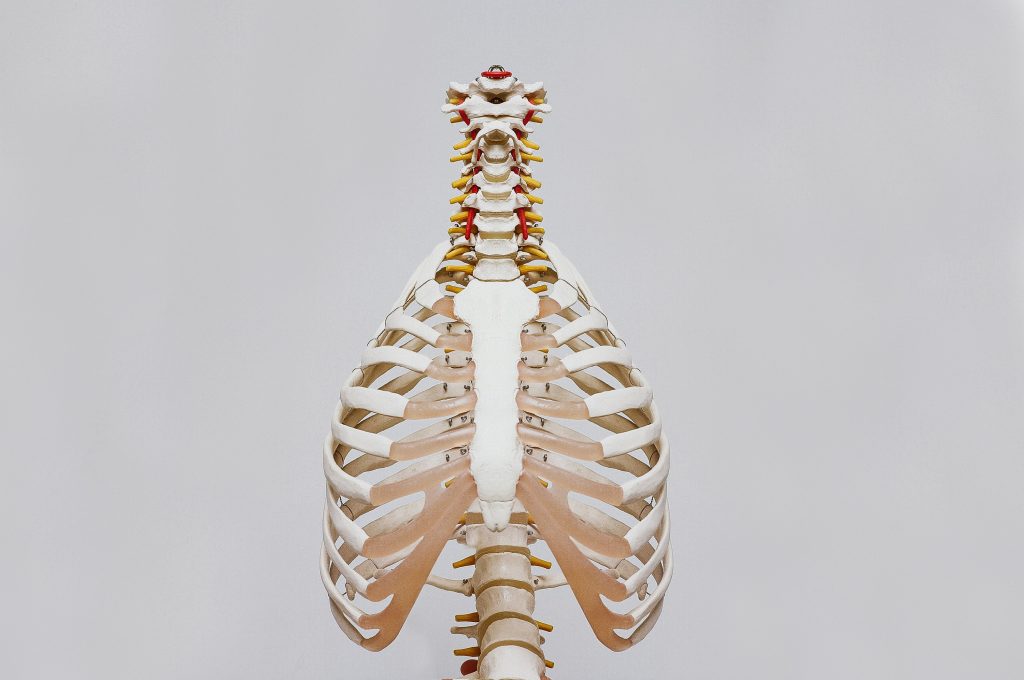 Contemporary wisdom on the immune system

Today, we know more about the immune system. New insights on several frontiers enhances our knowledge. Contemporary Occidental society is paying more attention to the role of nutrition and wellbeing. Accordingly, we will supplement this article on the immune system with further pieces along these lines. Science is making great leaps as well. Here are some of the most interesting and intriguing directions that current research into the immune system are headed into.

Researchers from several institutions and universities pooled together to create a first cell atlas of the thymus gland. The thymus is one of the main lymphoid organs. The atlas enables scientists to track how a healthy thymus develops in humans. This interesting gland is most active in childhood. By the time a human being is 35, the thymus will have more or less ceased. The thymus produces the previously mentioned T white blood cells, vital in fighting bacteria and infection and also in killing cancer cells.

In other words, understanding the lifespan of the thymus means that we gain insight into how we can fight cancer. In the words of Professor Muzlifah Haniffa of the Wellcome Sanger Institute, a participant in the project: “This is really exciting as in the future, this atlas could be used as a reference map to engineer T cells outside the body with exactly the right properties to attack and kill a specific cancer — creating tailored treatments for tumours.”(3)

How the body triggers inflammation

Researchers at the Institute of Cancer Research in London understand how to turn off inflammasomes. Inflammasomes are cell structures. Among other things, inflammasomes trigger pyrotopsis, or a process where cells expand, explode, and then die. This in turn alerts other cells to proceed with inflammation. Researchers now know how to enhance a group of proteins called SUMO proteins, which help keep inflammasomes under control. This could be an important step towards better treatment of inflammatory diseases.(4) 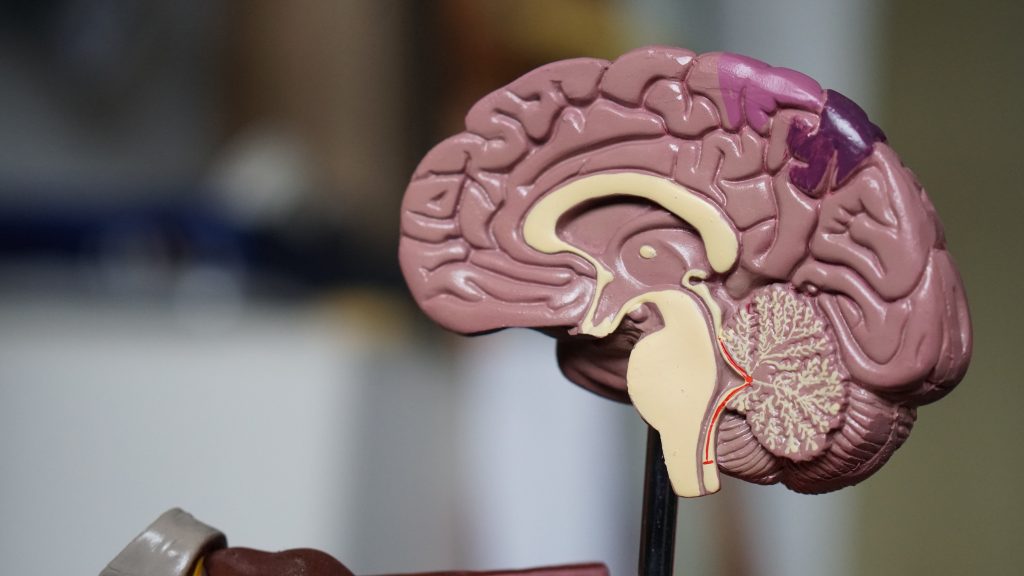 Refining our understanding of the links between stress and immunity

We have long known that there is a strong link between stress and physical health. But we have not understood the fascinating nuances of how the immune system interprets stress. Research done by Steven Maier at the University of Colorado colours in some of these subtleties. Maier found that the immune system reacts to stress in the same ways that it reacts to infection. In other words, stress is an infection.

When our bodies encounter an infection or injury, the brain releases a nonspecific immune response. This response both harnesses our resources and builds up energy to fight the threat. It includes both physical and behavioural responses. For example, appetite and thirst decrease; sexual desire decreases; metabolism changes; anxiety goes up. Fever may be triggered. Stress hormones are released.

Maier found that it is the immune system which notifies the brain when you are sick or hurt. Immune cells called macrophages produce molecules called pro-inflammatory cytokines, which travel along the bloodstream. One of these cytokines is called interleukin-1. Meanwhile, the vagus nerve has the ability to pick up on the existence of the interleukin-1. If it does pick up on them, it lets the brain know. The brain releases the nonspecific immune response. It then manufactures its own interleukin-1 and that then sends a message back to the immune system to put more immune cells into action.

… and the brain and the immune system

Things get even more interesting when you consider how we respond to stress on the molecular level. Maier found that we respond via the same brain-immune circuit – but the other way around. That is, it’s the brain that lets the immune system know, via the same interleukin-1 cytokines, that a threat has been encountered. The same physical and behavioural response is then set off. This would have made sense in the past, if you consider that stress coming from a physical threat like a predator coming after us could alert an immune response that would have come in handy if an injury did result. It has different ramifications in our society today. It’s becoming clear that we are just starting to understand what these ramifications are.

Along these lines, Maier and his team moved on to study the links between depression and the cytokines mentioned earlier. They looked at how the immune system affects learning and memory.(5) 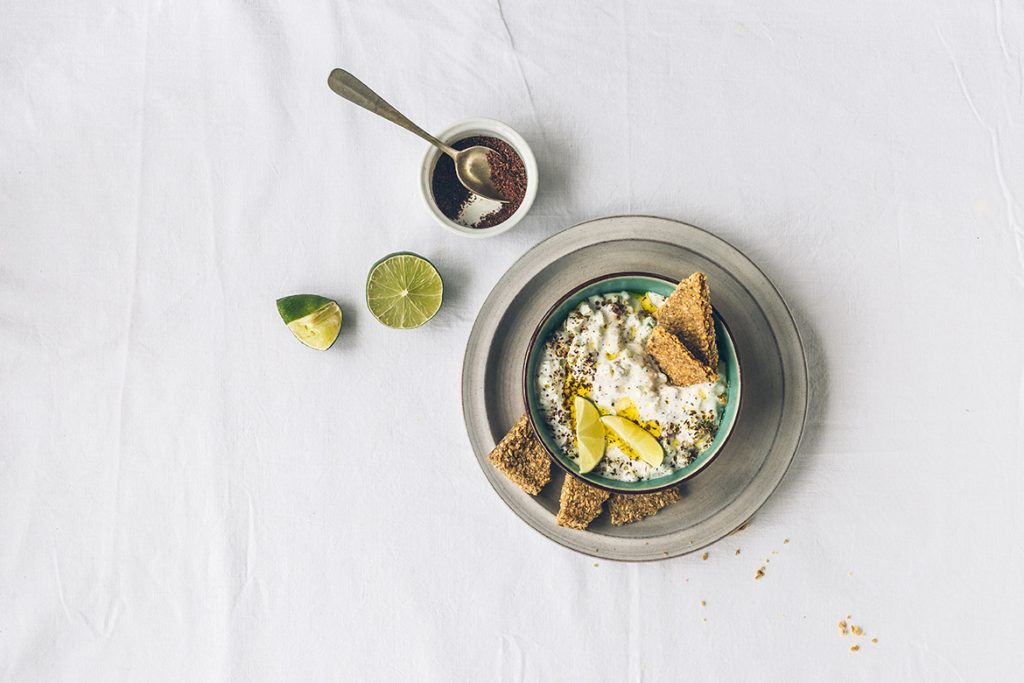 Immune to sky and earth

We mentioned in the introduction that the way we use the word immune nowadays can be traced back to the late 19th century and not to the Latin roots of the word. As is so often the case, it is possible that, in fact, things have come full circle. For the Latin usage of the word referred to a freedom from diseases caused by gods or demons. In beginning to understand the implications of Maier’s research, we start to see that immunity is far more than physical. It also reaches up to the heavens, and to intangible thoughts, dreams, and notions of past and future.

That is, the more we understand about the workings of the immune system, the more insight we will have into true wellbeing – physical, emotional, and spiritual. When it works well, the immune system keeps us safe from intruders into all types of wellbeing. Nourishing it is a wise investment. 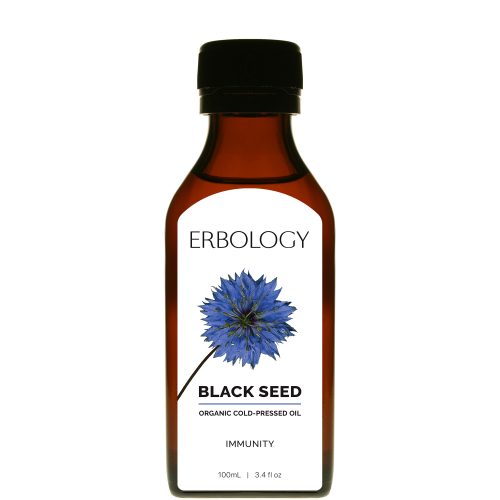 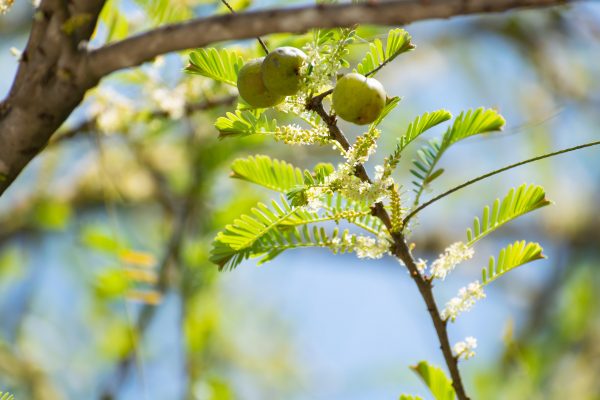 Amla benefits, uses and side effects

Amla is an important medicinal plant in Ayurveda. A powerful antioxidant, amla benefits are numerous. We tell you more about some. 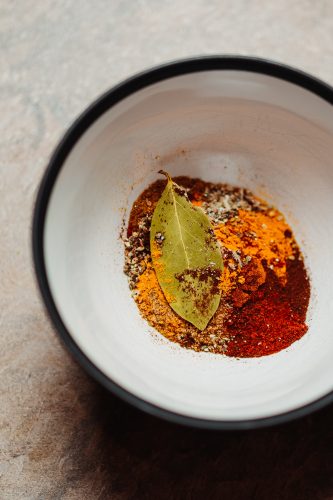 Turmeric has been used in India for centuries. Both food and medicine, much of what is extraordinary about turmeric benefits is down to… Continue 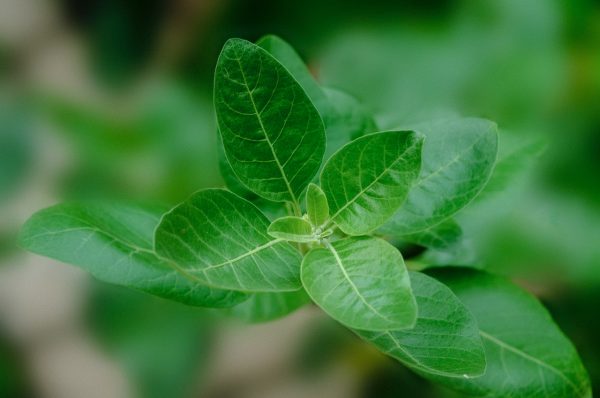 Ashwagandha is a powerful adaptogen and one of the most important in the Ayurvedic healing tradition. What are ashwagandha benefits?