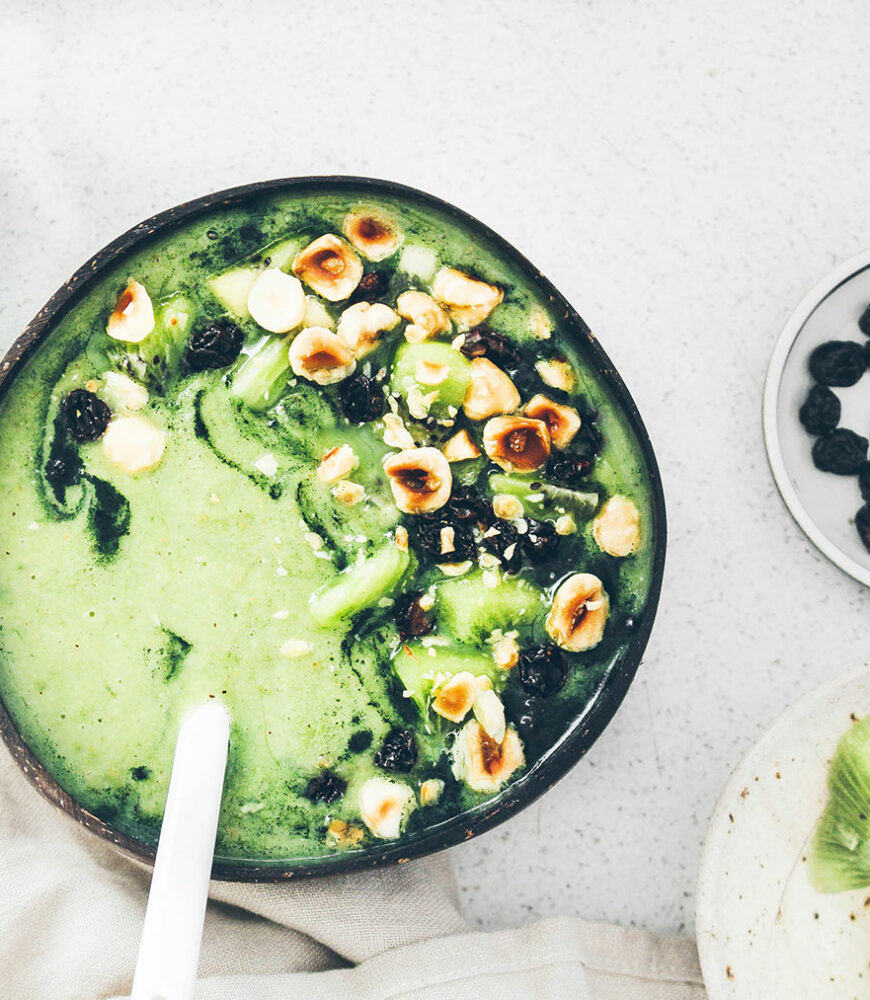 Organic superfoods: do they live up to the hype?

Acai, goji, ginger, turmeric, blueberries and wheatgrass; what do these foods all have in common? They’re all well-known superfoods. But what exactly earns a food the title of ‘superfood’, and is it really meaningful when it comes to our health? We take a look at the evidence around organic superfoods and their benefits for our wellbeing.

What is a superfood?

While we may instinctively all feel like we know what a superfood is, the definition is actually quite vague.

Under these definitions, any food which has a positive effect on health and contains ‘many vitamins and other substances’ which are beneficial can be considered a superfood. This casts the net very wide.

However, the foods we commonly think of when we discuss superfoods are limited to a few specific types.

For instance, it’s more likely that you’ll consider açai and goji berries to be a superfood, rather than raspberries or strawberries. But we know that raspberries and strawberries have a positive effect on health and contain lots of healthy nutrients. So, why do some foods get the accolade of ‘superfood’ while others don’t?

Where does the term ‘superfood’ come from?

The answer to this question lies in the origins of the term ‘superfood’. It’s very important to note that the word was not invented by scientists or nutritionists; in fact, it was invented by marketers.

According to the Harvard T.H. Chan School of Public Health, the very first superfood on record was actually a banana!(3)

The United Fruit Company came up with an advertising strategy to promote bananas in the early 20th century, claiming that they were cheap, widely available, easy to digest and full of good stuff.

Later on, scientists published literature (erroneously) linking eating bananas to curing celiac disease. The United Fruit Company picked up on these claims and added them to their advertising. And, naturally, the sales of bananas began to soar.

Regardless of the fact that bananas have been overtaken by other foods in the superfood race, it’s important to recognize that it is still marketers – rather than nutritionists – who frequently decide what is or isn’t a superfood. 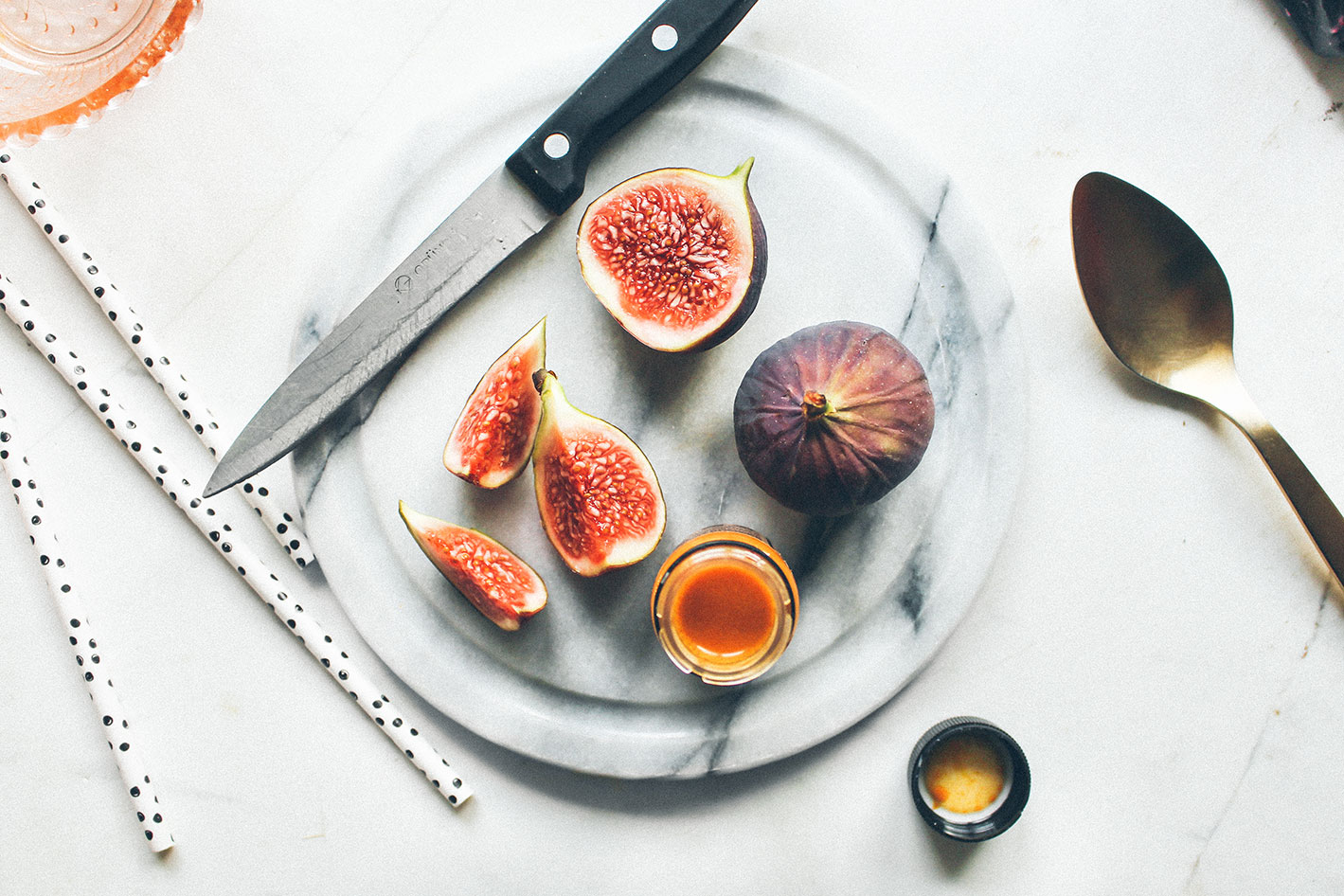 Here are some common superfoods you might recognize from the media or your local juice bar:

What makes superfoods so good for you?

Generally speaking, a food is designated a superfood for a few possible reasons.

All of the above factors play a role in whether a food is good for you.

Does being organic make a difference?

The main benefit of choosing an organic product is that it has been grown and produced without the use of things like chemicals, pesticides, hormones and genetic modifications.

We always encourage you to choose organic when you can, because who wants to be consuming chemicals and substances like these if you can avoid them?

There’s also some evidence that organic foods can be more nutritious than conventionally produced ones, however the jury’s still out on this.(4) 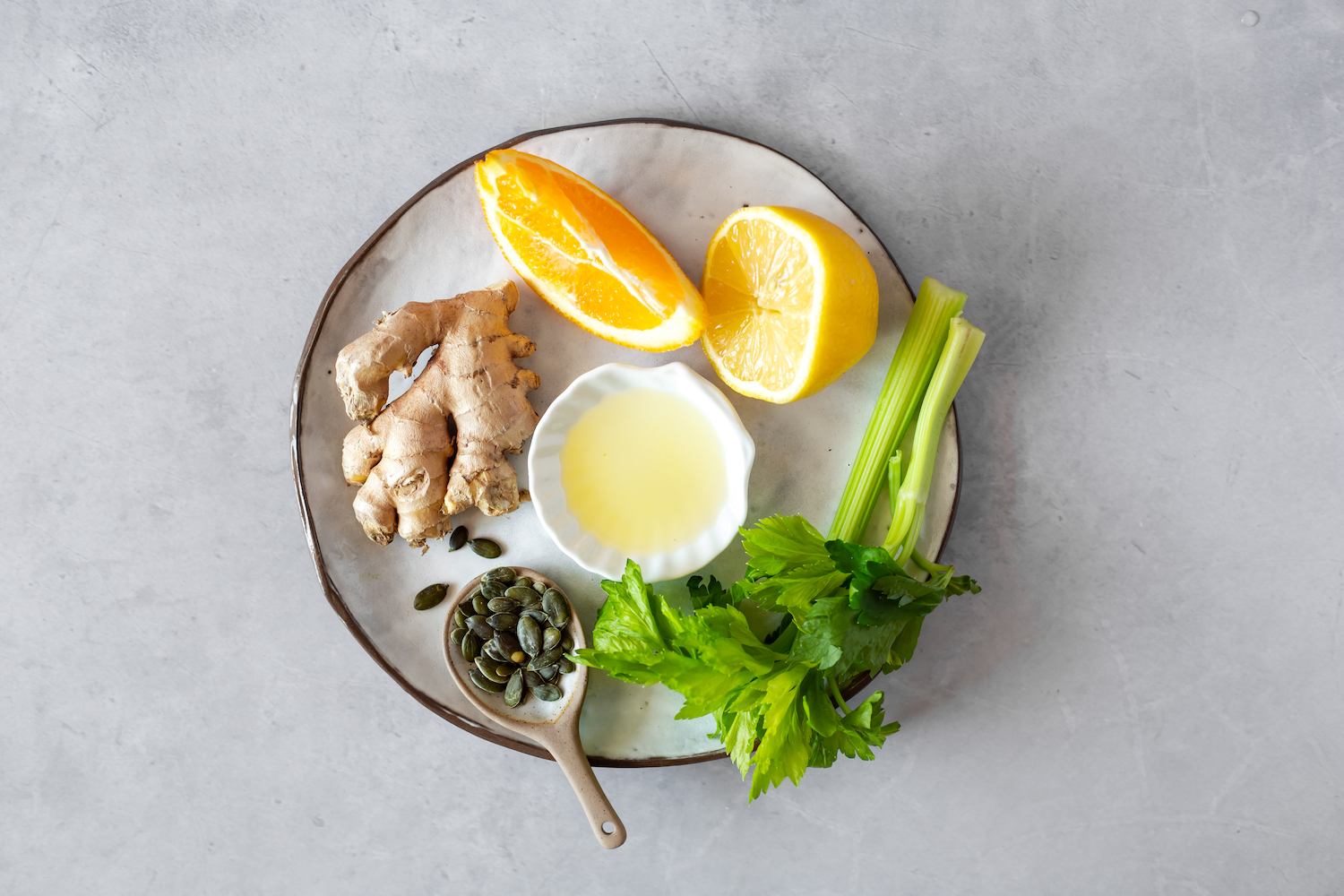 Nowadays, the label of ‘superfood’ is applied much more freely to lots of different foods. However, there’s also an element of novelty associated with modern day superfoods.

For instance, the most recent successful superfoods have all burst onto the scene as little-known and obscure berries, roots and shoots.

Consider the foods which have made the headlines in recent years: spirulina, chlorella, wheatgrass, kale; most of us would have had to Google these when we first heard of them to understand what they were.

This makes it easier to attach wild health claims to them. Indeed, an article published in the Journal of Consumer Culture noted that companies selling goji and açai berries use their place of origin – an ‘exotic, ‘untouched’ place’ – as part of the marketing strategy.(5)

In addition to this, they may quote studies where lower rates of disease in these locations have been observed.(5)

The implication to the unfamiliar consumer is clear: this single food will improve your health. And this is precisely where the problems start.

What is the controversy around organic superfoods?

There is little doubt that many of the foods designated as ‘superfoods’ are good for you. For instance, açai berries do indeed contain lots of antioxidants, which can help protect against diabetes and cardiovascular disease.(6)

So, what’s the issue?

The controversy around superfoods centres around two points:

Let’s take a look at these issues in depth. 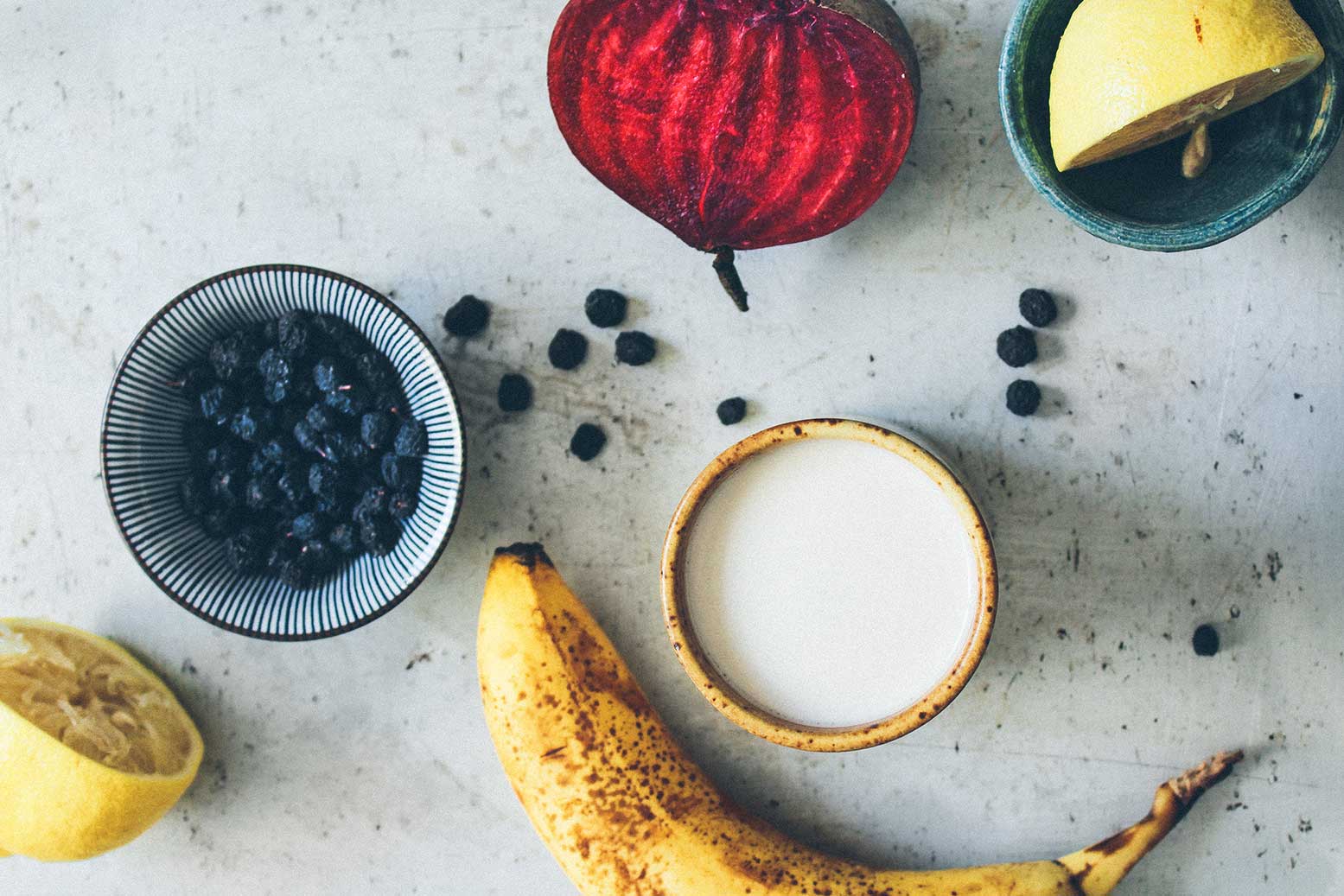 "No one food - not even organic superfoods - can stand in for a healthy diet."

Can one food compensate for an overall healthy diet?

The brief answer to this question is: no. No one food can stand in for a healthy diet.

This makes perfect sense if you think about it. Imagine you’ve spent the week eating solely junk food, drinking alcohol and nibbling on milk chocolate. Then, on Saturday morning, you blend yourself up a smoothie with açai berry.

Does this mean you’re getting everything you need from your diet? Of course not. Acai berry might be a great addition to a diet made up of healthy whole foods, featuring plenty of fruit and veg along with lots of whole grains. But it won’t make up for a poor overall diet that doesn’t provide you with the wide range of nutrients you need.

The example above is extreme, of course. In real life, sometimes the distinction is harder to make. But the advice from nutritionists and scientists is consistent: focus on an overall healthy diet, rather than looking for individual foods in the hope that these will balance out a poor one.

Can food alone prevent, treat or cure any disease?

Once again, the answer is (unfortunately) no.

This issue is made slightly more confusing by scientific claims which we often read in the media. For example, look above: we’ve just told you that açai berries contain antioxidants which can help prevent against diabetes and cardiovascular disease. Is that not true?

It is! But it might easily be misunderstood, particularly if you don’t have access to the original source of the claim. (For example, you might read about the latest superfood in the news, but not be able to look at the scientific article which led to it being written). 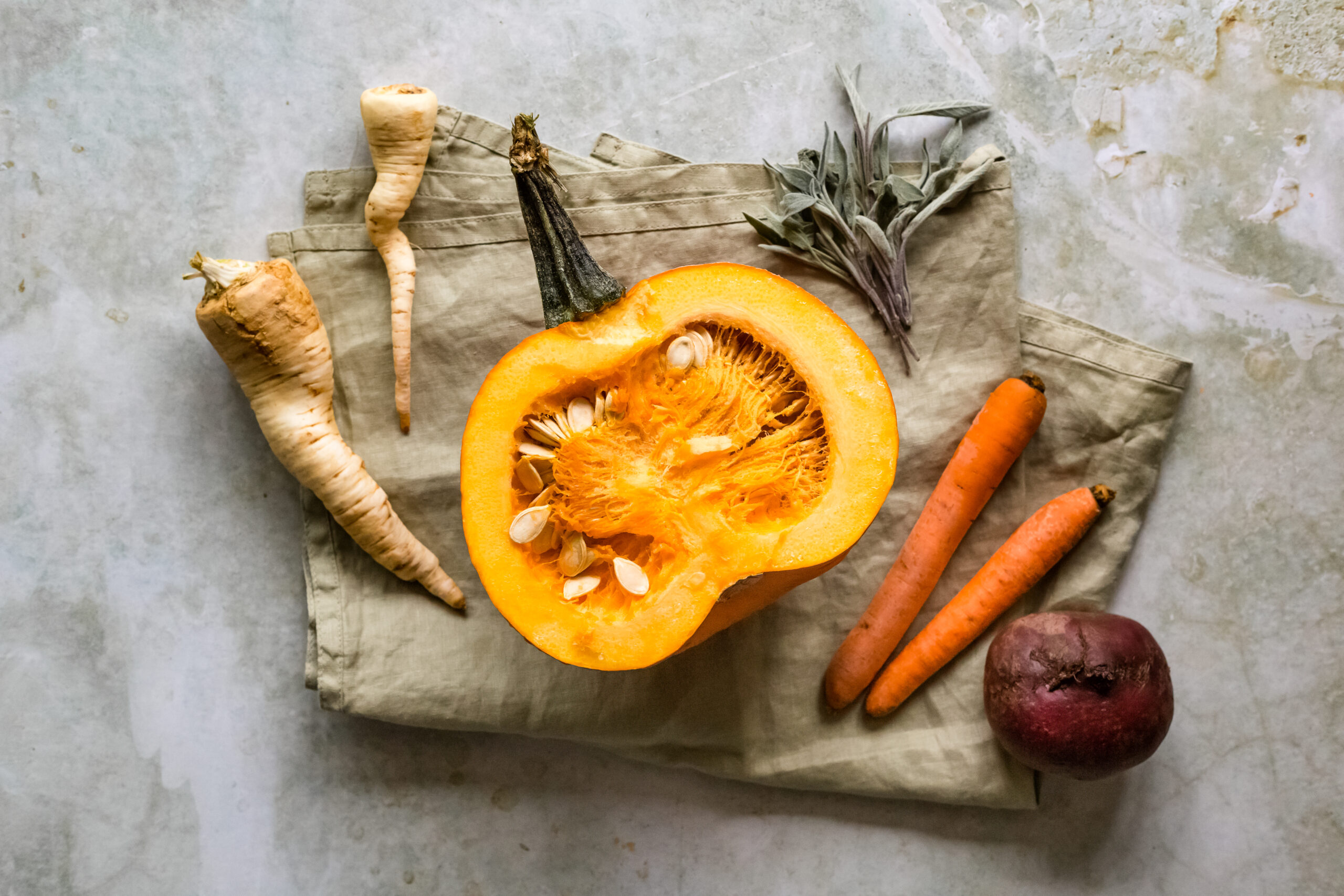 “Acai berries contain antioxidants” is demonstrably true (you can see our sources below if you’d like to check). They contain anthocyanins, which are pigments known to have an antioxidant effect. The study we’ve cited here also suggests that there may be other, as yet unidentified, antioxidants present in açai.(6)

How about the next part: “…which can help prevent against diabetes and cardiovascular disease”?

Antioxidants can indeed help protect you from this sort of illness. How does this work? Well, to quote the actual study, ‘reducing the production of reactive oxygen species is hypothesized to assist in the normalization of metabolic pathways that lead to the onset of diabetes […] and cardiovascular disease’.(6)

So, antioxidants like those present in açai are thought, on the basis of current scientific thought, to lower the number of certain types of free radicals. Lowing the number of these free radicals is thought to balance out the ‘metabolic pathways’ which can eventually lead to these diseases.

While many people might take this message away from reading it in the news, this claim does not say that açai berries stop you getting diabetes or cardiovascular disease. There simply isn’t the evidence to back this up.

However, it does suggests that including it in your diet may have a beneficial effect in terms of your likelihood of developing them, thanks to the mechanism described above.

This also makes perfect sense when you think about it: if a substance had been proven to treat, prevent or cure a disease, it would be classified as a drug, not a food.

So, there’s no point in eating superfoods?

Before you throw all your maca powder out the window, hold on: there are some good reasons why including superfoods in your diet can be a good thing!

Firstly, superfoods tend to be nutritionally dense and full of vitamins, minerals and antioxidants. If you already have a balanced, healthy diet, you might benefit from adding in a few superfood additions. They might provide extra nutrients you’re missing, and offer you a bit more variety in your diet.

For example, take aloe vera juice, which contains a polysaccharide called acemannan. It has been linked to supporting a healthy immune system and can’t be found in other plants.

Will it stop you getting any disease? No. But it has been linked to a healthy immune response, so if you’re particularly concerned about your immunity, you might like to add it to your diet. Your healthy balanced diet will provide your immune system with the nutrients it needs to function well. Meanwhile, acemannan may give it a helping hand.

Secondly, superfoods are generally known for a particular strength. That means that if you have areas of your health you’re keen to address, you can take targeted action.

One great example might be improving your overall gut health (assuming once again that you have a healthy diet).

To target this, you might like to add probiotics and prebiotics to your diet. These are foods which support your gut microbiome, keeping the balance of bacteria in check. Probiotic superfoods include kimchi and kefir, while a prebiotic example might be our very own Jerusalem artichoke powder.

Will they keep you healthy on their own? No – but they may still be an excellent addition to a well-balanced diet. 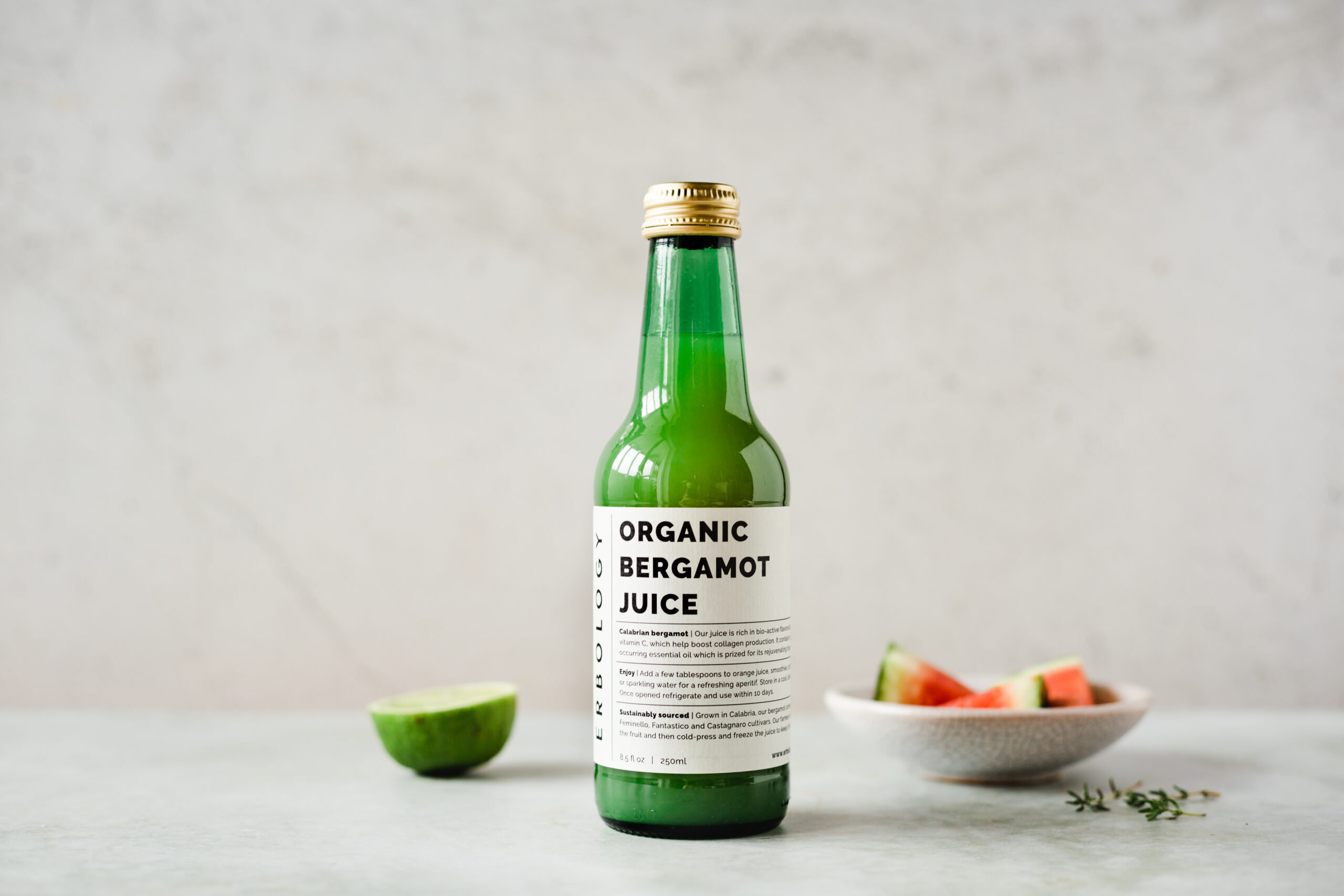 We sell many products which, elsewhere, are marketed as superfoods. However, we don’t like using the term ourselves.

This is in recognition of the fact that the term ‘superfood’ has no scientific basis.

Similarly, we’re aware that lots of myths circulate about superfoods and their supposed ability to cure a whole range of ailments. This is simply not true.

So, we call our products what they are: healthy, plant-based whole foods. They can be a great addition to a healthy, balanced diet, but they – or any so-called ‘superfoods’ – are not a panacea.

From our years in the ‘biz, here are a few tips to help you when buying superfood products. 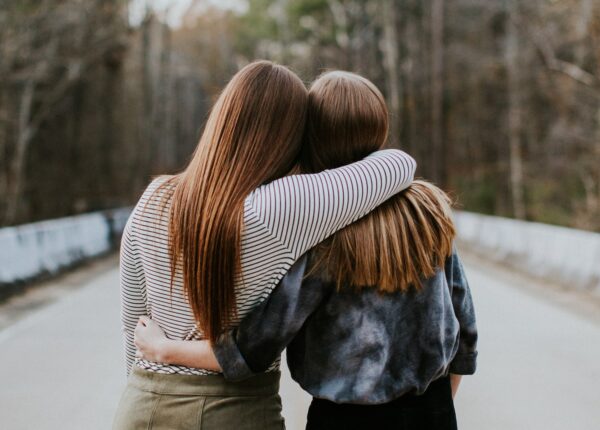 She’s always there for you (or annoying you), so find the perfect Christmas presents for your sister and show her you love her! 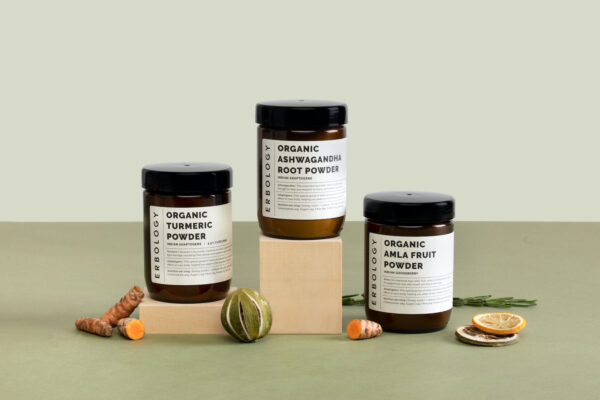 Christmas gifts for mom and dad

Struggling to find the best Christmas gifts for mom and dad? Our specially curated list of suggestions will help you find the perfect… Continue 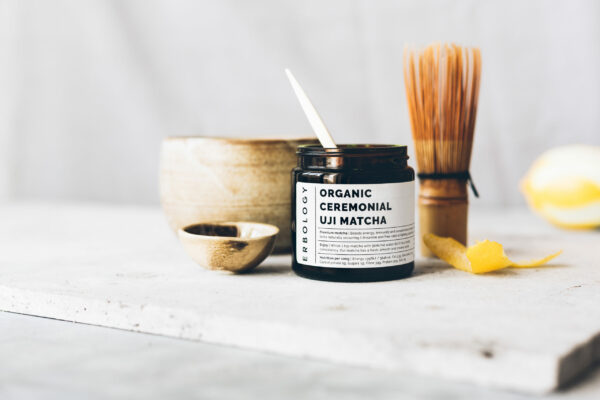