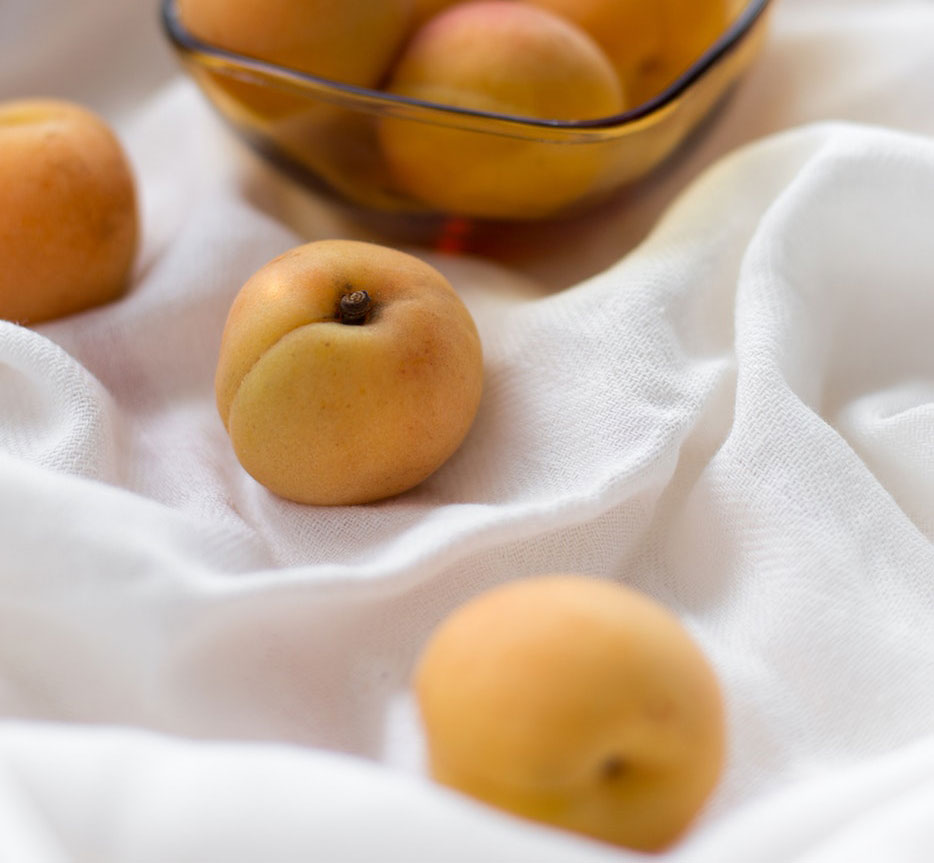 Apricot kernel oil: The only thing better is apricot in Damascus

"In Turkey, they say “bundan iyisi Şam'da kayısı" which literally translates into, the only thing better than that is apricot in Damascus. And in Egypt, they say “fel meshmesh,” or in the apricot, to indicate the impossibility of a happening – the ever-precious apricot is only in Egyptian markets momentarily every year."

You could intrepidly travel the globe in sweetly glorious search of the Apricock / Abrecox in olde English, Abricot in French, Albaricoque in Spanish / Damasco in Argentine and Chile, al-burquk in Arabic and through the times from antiquity, when the fruit was known as praecox or praecoquus, which means ‘early’ – the apricot matures much earlier in the season than its cousins the plums, which has caused many an apricot grower headaches. The sincere thoughts on the apricot that you landed upon in your grand journey would be admiring, no matter where or what time and discipline you were surrounded by.

The great, singularly venerated Chinese sage Confucius may have taught while surrounded by apricot trees, which are native to China. In homage to this possibility, the ancient Chinese doctor Tung Fung asked his patients to plant apricot trees in lieu of payment for treatment. Thereby, they seeded an apricot forest of a hundred thousand trees. And, it came to represent doctors and medicine for the Chinese. It naturally follows that apricots are important in traditional Chinese medicine. → View Related Products 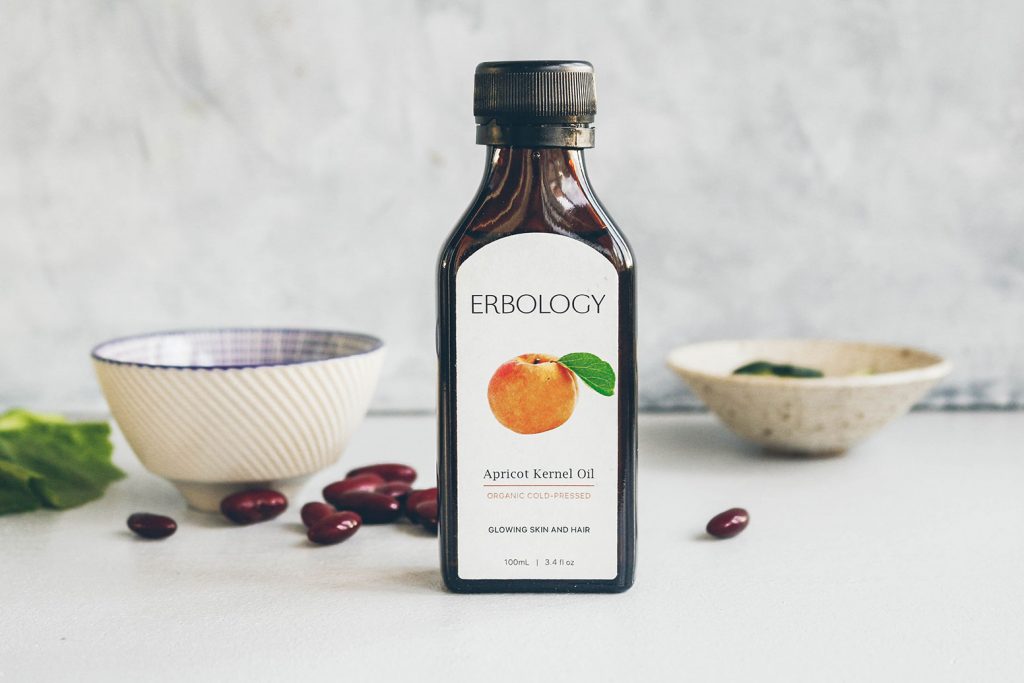 The Roman general and legendary patron of the arts and culture Lucius Licinius Lucullus, who lived from 118 BC til 57 / 56 BC, was able to count among his multitude of notable achievements that of transporting apricot trees from Armenia to Europe. In England, apricots have been carefully and lovingly cultivated since the times of Henry VIII – but were reserved for the aristocracy. William Shakespeare’s “A Midsummer Night’s Dream” features the fairy queen Titania directing her subjects to feed Bottom with apricots, an intimation of sensuality and marvellous indulgence. Dramatist John Webster used apricots to different but equally striking effect in “The Duchess of Malfi” – to induce labour in the Duchess, as was then believed fresh fruit could do.

The voluptuous flavour of the apricot is matched by the pleasing appearance of the fruit. The colour ranges from a subtle and soft yellow to a vivid orange hue which may exhibit reddish overtones; the cheeks are parted by a gentle divide. If you endeavoured to split the apricot, you would see that the warm colour palette continues into the flesh. The smooth surface and the humble size of the apricot make it a tactile delight, and it is no wonder that a multitude of artists as well as writers have crafted work in its honour. From anonymous Chinese painters of the Ming dynasty to gritty contemporary East London artists coming together in an exhibition called Apricot Juice, there is no shortage of those who have been bewitched by the apricot muse.

A particularly charming fact: the first known text in English written about painting by a female artist was a short treatise on painting apricots by Mary Beale in 1663. Beale wrote poetically and intensely on the colouring of apricots, saying among other things, “Color will bee raw & fierce; in ye pale yallow places …..Let yorheigthenings in yor very ripe apricots bee whitelead, pale Mast: and a litle redlead. in les ripe ones less or none of ye red lead. Let yor shadowes bee pinke.” → View Related Products

In the contemporary day, apricots are cultivated in regions from Armenia – where six thousand year old apricot seeds have been uncovered – to the Americas. English settlers to the United States originally introduced apricots to the country, but most of the apricots currently produced in the USA sprout from plants brought to California by Spanish settlers. From Syria to the Mediterranean and Australia, today many more people than solely the titled are able to regularly enjoy the honeyed flavour of this fruit. Iran, Italy, Pakistan, and Turkey lead the world in apricot production.

Apricots, or Prunus armeniaca, are the fruit of a beautiful, small to medium sized tree with pinkish white flowers; appropriately, the leaves have the shape of a heart. The boughs spread generously and bring protective shade to any creature that walks beneath. The apricot’s closest relative is the plum; other intimate family members include cherries, peaches, and almonds. The larger Rosaceae family tree spreads out to accommodate apples, berries, the mountain ash tree, and further flowering and flourishing kin.

The kernel, or the stone of the apricot, is also of historical use. Extract of apricot kernel is used instead of almond oil to sweeten the traditional Italian Amaretto liqueur and to make amaretti biscotti, while ground apricot kernel is mixed with coriander seeds and salt to make the Egyptian snack of dokka. Apricot kernel oil was used in England to treat tumours and ulcers in the seventeenth century. In the North-West Himalayas it is typically used to treat skin and hair; in India, this ingredient finds its way into massage oils in order to soothe physical soreness. → View Related Products 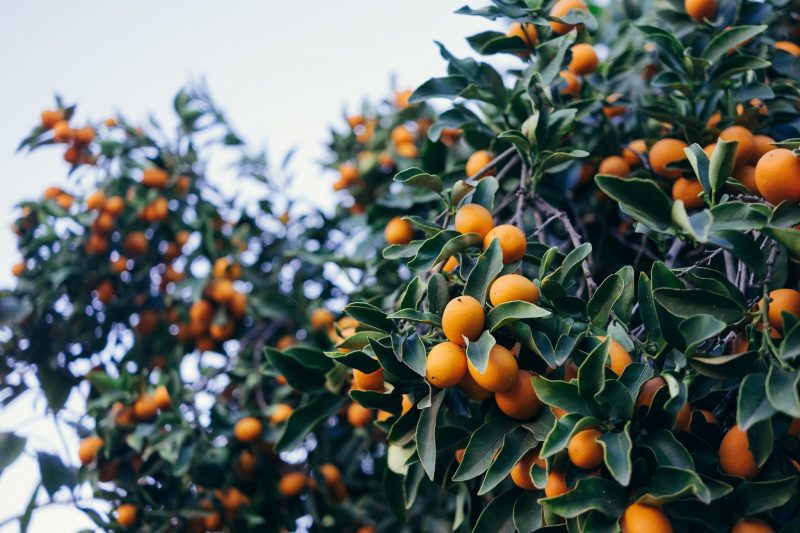 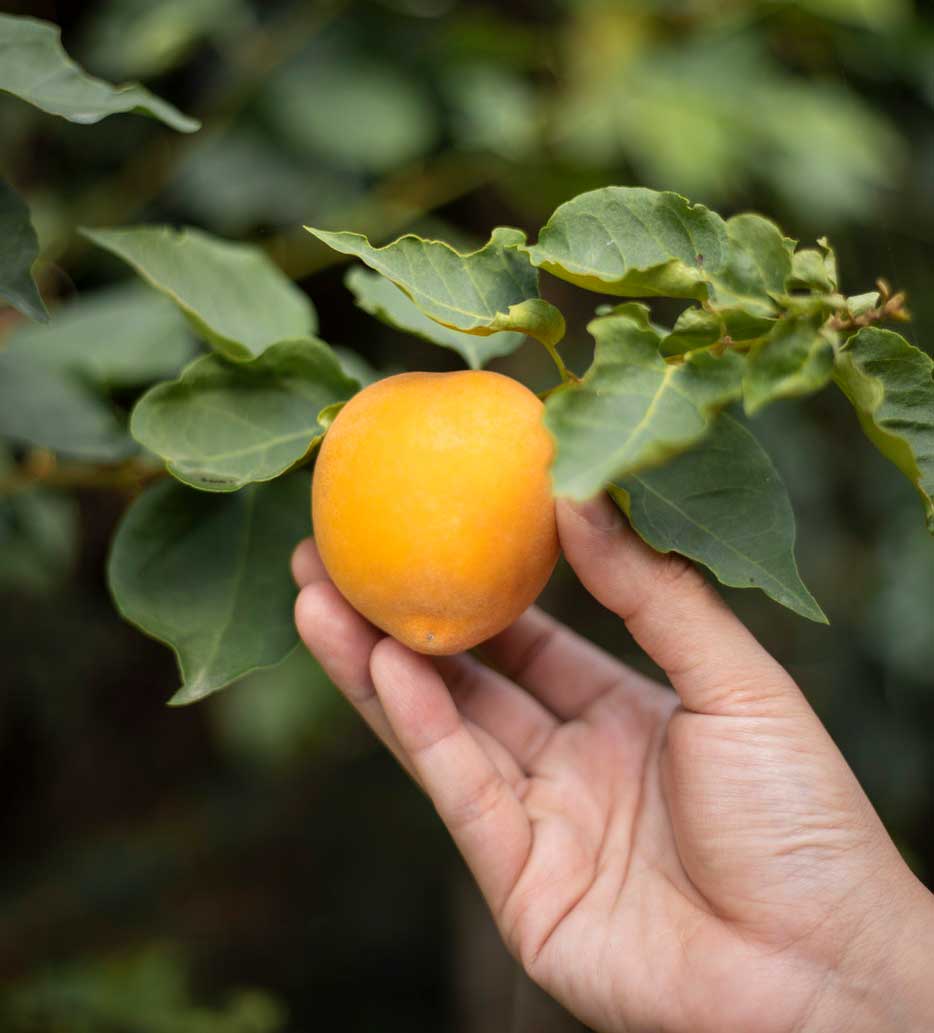 Thanks to all these factors and the glow that apricot kernel oil gives to your skin and hair, this ingredient makes star appearances in many beauty products.

Why should I put apricot kernel oil on my body?

Extremely light and sinking beautifully into the skin and hair, apricot kernel oil nourishes and helps to retain moisture without any greasiness. Like almond oil, you can smooth it onto the under-eye area to restore and revive the delicate skin there; when used on the hair, it brings shine. Thanks to all these factors and the glow that apricot kernel oil gives to your skin and hair, this ingredient makes star appearances in many beauty products. It is also one of the best carrier oils, which means that you can add other essential oils very effectively to it. This makes it desirable as a massage oil or for use in aromatherapy. For all this, apricot kernel oil is not the best choice for those experiencing acne. It is somewhat comedogenic and may clog pores.(1)

Research shows that apricot kernel oil can also be quite effective in treating psoriasis. This skin condition often proves difficult to address medically for the 2% of the world’s population that it affects. Apricot kernel oil fights psoriasis by helping new, healthier skin cells to form.(2)

Apricot kernel oil cares so well for the skin and hair because it is fecund with polyphenols, or natural micronutrients found in plants. You can best source polyphenols from the actual fruits, rather than access via extracted supplements. Apricot kernel oil is also very rich with polyunsaturated fatty acids.

Could I also eat and drink my apricot kernel oil?

Although most apricot kernel oils on the market are only intended for cosmetic use, if formulated to food grade standard this oil can be used both externally and internally. The kernels must be properly prepared for ingestion in order to remove amygdalin, a naturally occurring substance in many fruit seeds, which is converted by the human body into cyanide. Amygdalin can be safely neutralised.

What are some of the healthy substances that apricot kernel oil contains?

Omega 3’s, 6’s, and 9’s are valuable to have in one’s diet in the proper ratio and from the most viable sources.(3) Apricot kernel oil contains some very healthy omega-6 essential fatty linolenic acids; these are important for brain development and function. Oleic acid, an omega-9 fatty acid is also present in this excellent oil.

How can I best use apricot kernel oil as a cooking ingredient?

The rich yet fine nuttiness of this oil make it complementary to many types of dishes, from soups and salads to pasta dishes; it is not suitable for use as a frying oil. As the oil is quite delicate, you should keep in a cool, dark place and use within ten to twelve months. The flavour is pleasingly sweet and light, but also earthy, as nuts are. Although almond oil and apricot kernel oil taste quite similar, apricot kernel oil offers a more nuanced, fresher and more botanical aroma and taste which is quite captivating. We recommend using one tablespoon of apricot kernel oil daily over a variety of dishes. → View Related Products 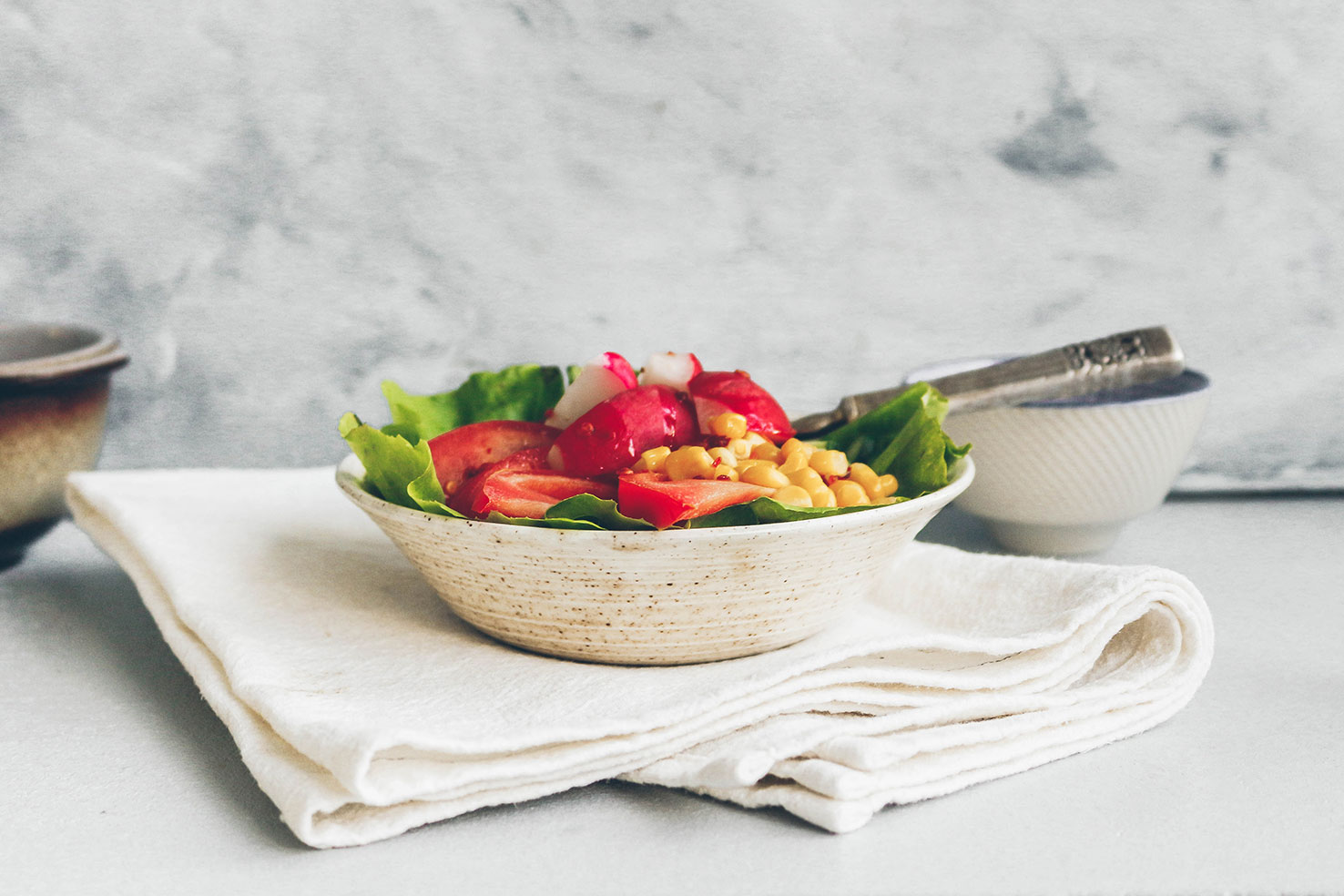 A particularly tasty way to enjoy apricot kernel oil would be drizzled onto a salad. Have a go at this Buddha bowl of corn, Romaine lettuce, radish, red beans, tomato, and cucumber. Top it with tart lemon juice, spicy chilli, and sea salt. This dish offers good fats and protein as well as a pleasing mix of textures. Whether as a quick weekday lunch or as a light supper, this Buddha bowl brings an abundance of healthful flavour.

What research has backed the health benefits of apricot kernel oil?

A 2014 study showed that apricot kernel oil relieved colon inflammation and ulcers in rats, which could be useful in treating IBD [Inflammatory Bowel Disease].(4) Three separate studies in 2011 and 2009 showed that the oil was also beneficial for cholesterol levels and for heart health. Also, it boosted the antioxidant status of the liver in rats.(5)(6)(7) Although apricot kernel oil is often used in alternative medicine to fight cancer, more research is needed to verify results. Research does show that because of the good balance of dietary fats that apricot kernel oil contains. It may be helpful in assisting the immune system regain balance after chemotherapy.(8) These are some of the highlights; there have been many more positive and reputable studies done into the health benefits of apricot kernel oil. → View Related Products

Discover the power of cold-pressed oils 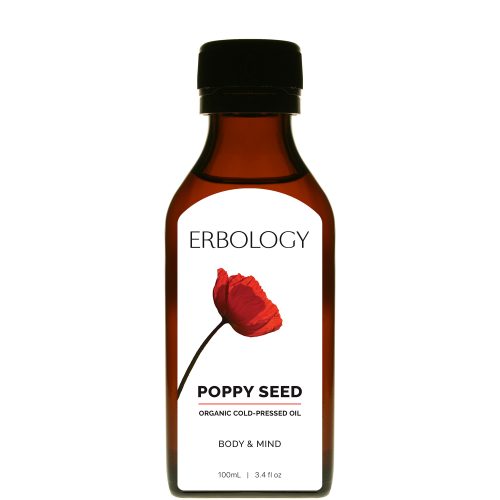 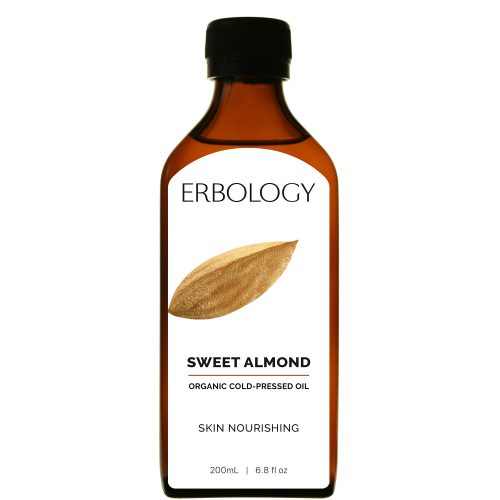 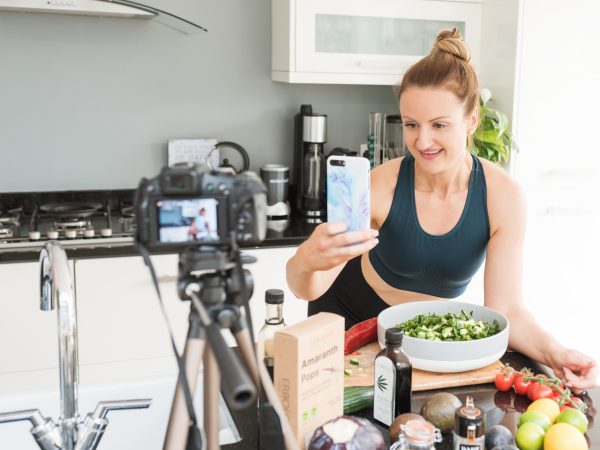 The Erbology Challenge: Eat better together

Shall we cook together at this time? #EatBetterTogether 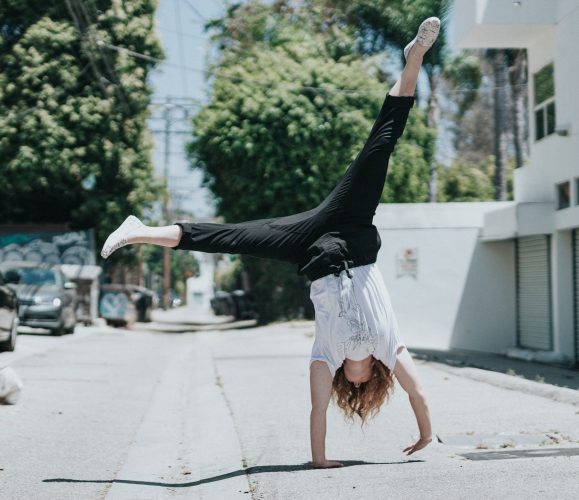 Do these six things to build your immune system

Immunity is a package deal. Here’s how to wrap your immunity up. 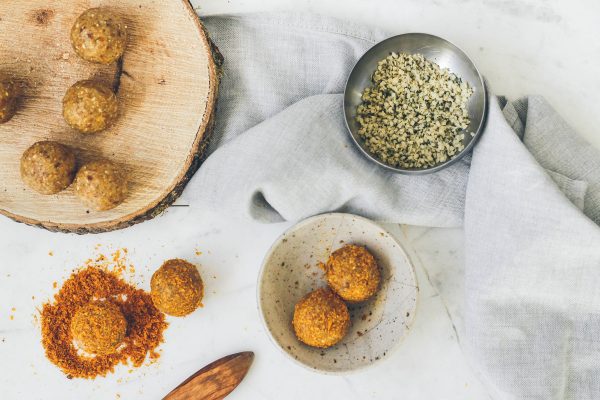